Alpha male, Beta female: Which one are you? 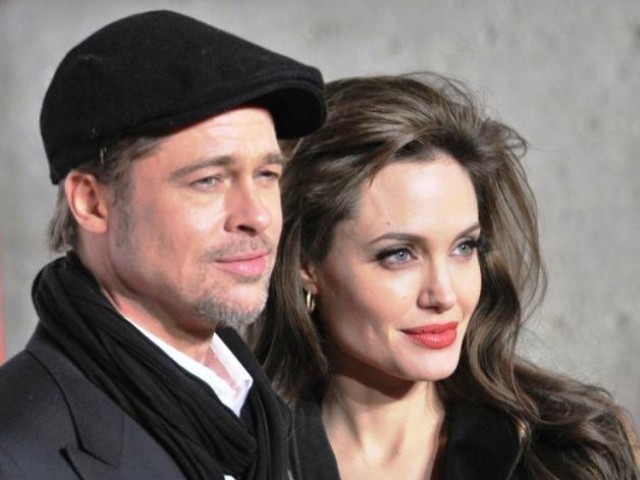 In the animal kingdom, it’s the aggressive Alpha male of the pack that entices females in heat for procreation purposes. In other words, the rest of the males just don’t get any. Among humans, however, things have become a little more complex since the Neanderthal era, despite romantic fiction convincing readers that Alpha heroes reflect women’s ideals.

In recent mass-market fiction, even Alpha heroes are required to develop modern-day Beta characteristics, like heightened sensitivity and emotions, thanks to the influence of the female heroine in the novel who ‘tames’ her man. But it isn’t always the case in the real world, such as in the case of a high powered modern woman who doesn’t need ‘rescuing.’ For her, Prince Charming may very well appear in the form of a relaxed Gamma, prepared to take the back seat or even be a stay-at-home dad in her castle.

Are women and men necessarily as different as Venus and Mars?

Not necessarily; according to popular classifications based on the Greek alphabet, we have more in common with our corresponding personality types in the opposite sex than we do with other categories within our own gender! However, men and women from the same categories often clash in relationships because they are too similar; for instance, two alphas may make a great match, but there’s also a power-struggle going on—a war waiting to happen. Similarly, opposite personality types are often strongly attracted to each other’s differences, whose personalities may conflict once the honeymoon period is over for ‘irreconcilable differences’ (the most commonly cited reason for divorce among celebrities).

Realistically, most people fall under hybrids of two or more categories, which further divide into various other classifications (it’s enough to fill an encyclopaedia but this is just a blog entry so we won’t go there). Personality types can also change over the course of one’s life: a man could start out as a high powered Alpha athlete, executive or politician and end up a depressed, unemployed Omega later in life. Interested? Read on and share your own theories in the comment area below.

Also referred to as a ‘bad boy’ or ‘leader of the pack,’ this confident, aggressive, macho guy may be self centred, sexist, demanding and difficult to work with despite possessing charisma both in his personal life and at work. He can be attractive without having to be good-looking and usually has his pick of women to date or marry. Although he enjoys being chased, he finds it refreshing to be the one to do the chasing (i.e. hunting). Enterprising and outgoing, his pre-marital relationships tend to be very brief. Women do not get much comfort or support from a typical Alpha male; and the women who cheat on their non-Alpha partners usually do so by having affairs with Alpha men, like James Bond.

Alpha females abound in any Angelina Jolie movie (her kick-ass characters and her bad-ass self). A super confident female who doesn’t appear to need men, Alpha women are the queen bees of their cliques, whether in social groups, school or college. They easily dominate other women and can be aggressive, bossy, and sarcastic in their competitive, high-powered careers, including political (Margaret Thatcher, Benazir Bhutto). They are usually sexy even when they aren’t conventionally beautiful, and don’t get intimidated around men. They may lack sensitivity and sympathy towards others and aren’t scared of making the first move when it comes to their romantic interests. They normally get what they want: even other Alpha males rarely reject them. Alpha women are thought to have cold, controlling personalities that aren’t very nurturing or relaxed.

Betas are reserved, responsible and moderate: your average Mr Nice Guy, nothing spectacular but likeable enough. Most modern men are Betas; they’re more sensitive, less aggressive, and better read than Alphas. They are easily nervous or embarrassed and play wingmen to their more suave Alpha friends. Betas make good friends and roommates, as they’re considerate and somewhat idealistic. Beta men are the least threatened by women who are more powerful or intelligent than them. A Beta man tends to be introvertive and kind of nerdy while growing up. Thoughtful by nature, women may consciously choose Beta men as better husband material, especially if they’ve been hurt by Alphas. However, they usually like Beta men as friends rather than fall in love with them.

Beta women make great BFFs.  They’re usually the imperfect Bridget Jones type characters we root for in movies. Beta women tend to be passive aggressive and can get annoyingly obsessed with their crushes. They are nurturing, insecure about their looks, and want to be pursued by the guys they like. If this doesn’t happen, they are nervous about competing with other women and often end up lonely or with their second or third choice in a mate.

In popular culture, Omega men feature mainly in comedy movies like the overweight, unemployed video gamer in Knocked Up, the dork who literally seduced an American Pie, and most Ben Stiller movies. An Omega guy has nerdy habits, like collecting comic books or being a Trekkie, and lives blissfully in his own world. He is immature, irresponsible, lacks ambition and is easily picked on. In high school movies, he always lusts after an Alpha female and ends up getting her (they’re movies after all), only to reject her for his Beta best friend whom he hadn’t previously noticed. Among a group, the Omega guy is the least likely to take an initiative and is generally the lowest on the chain of command. Exaggerated metrosexuals and effete intellectuals may be Omegas too. Women generally find Omegas unattractive. As husbands, they are often happily reliant on their wife’s incomes and don’t help much around the house either.

The lead characters from the movies Bridemaids, Welcome to the Dollhouse and She’s All That (before the makeover) are all Omegas. They tend to be lazy, untidy, unattractive, have low self esteem, have dismal personal lives and are unambitious and unsuccessful in their careers. They could really benefit from a makeover in terms of style as well as life coaching skills and deserve sympathy.

Adventurous, restless, fun-loving Gammas like to do their own thing and create their own rules without giving in to peer pressure. Alphas may mature into Gammas and become more considerate, socially conscious and relatively diplomatic than before. Gammas are aware of their needs and natures as well as those of the opposite sex. They demonstrate quintessentially feminine behaviors, values and expectations to win their partners’ trust and love. Gammas generally appear to lack assertiveness, freely demonstrate their emotions and aren’t very interested in status symbols and attaining popularity. They tend to put their family and community before their own ambitions. On TV, many characters from comedies like the Office, 30 Rock, Parks and Recreation and Glee are obvious Gamma types.

Deltas are withdrawn, private, and to some extent, disaffected. Deltas are often ‘has beens’ who were confident, successful, popular Alphas in their youth. The lowest rung in the hierarchy of personalities, Deltas tend to be subordinates who are ostracized by society.

Sigmas are outsiders to the social game, yet manage to win at it anyhow, confusing everyone else in the process. They are also adept at socially challenging and ridiculing Alphas, to their infuriation. Sigmas tend to be contemptuous towards the opposite sex, even if they desire them.