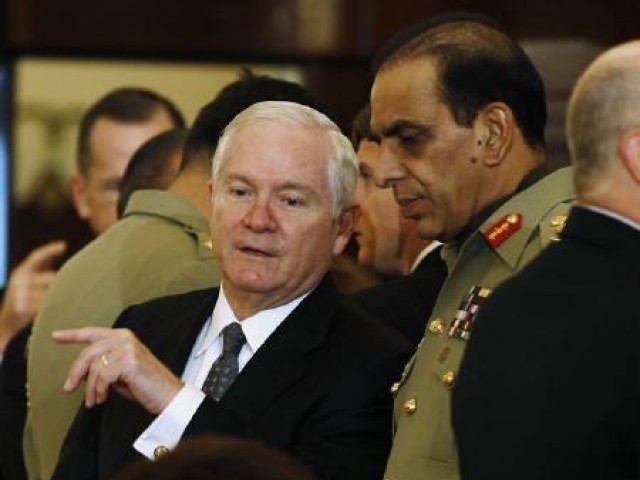 If Pakistan and the US go to war, terrorists will be fuelled by the prospect of greater jihad. PHOTO REUTERS/ FILE

Pakistan and the United States are currently embroiled in one of their biggest squabbles since the start of the war on terror which has led to intense speculation of American ground troops in Pakistan. Senator Rehman Malik has come out and said that no American troops will be allowed within Pakistan:

“Pakistan will not allow boots on our ground, never. Our government is already cooperating with the US …  but they also must respect our sovereignty.”

But it’s not like the Americans will listen to Pakistan or care for the sovereignty of one of its ‘allies’, as the Osama bin laden raid clearly showed.

However, I believe an American attack on Pakistani soil would be a huge misstep. I make this claim not because I have absolute confidence in our armed forces to fight against such an attack, nor do I believe that America cares for the sovereignty of others.

I believe that if the US and Pakistan go to war, this would basically play into the hands of the militants of Pakistan, and  America would be, effectively, kicking a hornets’ nest. No matter how big of a problem radicalization is in Pakistan, it has not fully taken over the country.

The problem lies in the fact that while both Pakistan and America are committed to fighting terrorism, their priorities are not necessarily the same. For the United States the priority is getting out of Afghanistan, with a little bit of their honour still intact and protecting their troops until they have managed to achieve this. For Pakistan, on the other hand, the priority is protecting itself from terrorist attacks and ensuring they have some form of relationship with whoever comes into power in Afghanistan once the foreign forces leave.

While this is not an ideal situation for America, it is still not the worst possible scenario; this scenario would be when a nuclear armed nation decides to stand up and defend itself while subconsciously playing into the hands of the terrorist organizations.

Terrorist attacks in Pakistan began because the government of Pakistan decided to align itself with the Americans rather than against them. These outlets are still urging for a greater jihad in which Pakistan should take on the imperial forces of America and defend Islam. If the United States were to attack Pakistan there is a real risk of exactly that happening.

This war would be hijacked by the radical mullahs, and they would claim that their position has been vindicated – an attack on Pakistan won’t just be an attack on a nation it would be portrayed as an attack on Islam.

This would be the biggest propaganda tool radicals in Pakistan would ever have access to. The United States must now realize that after the devastation of its economy and the war on terror, it is no longer the super-power it once was. At the same time, they need to realise that  Pakistan is not a country which it can just bulldoze over.

It is time for them to quit these threats and consider Pakistan an ally on a much more equal footing.  This is because there is no endgame in Afghanistan without help from Pakistan. Also, there won’t be a stable Afghanistan without a stable Pakistan, and that won’t happen if America decides to kick the hornets’ nest.

Canada vs Pakistan: Time for the cornered tigers to roar