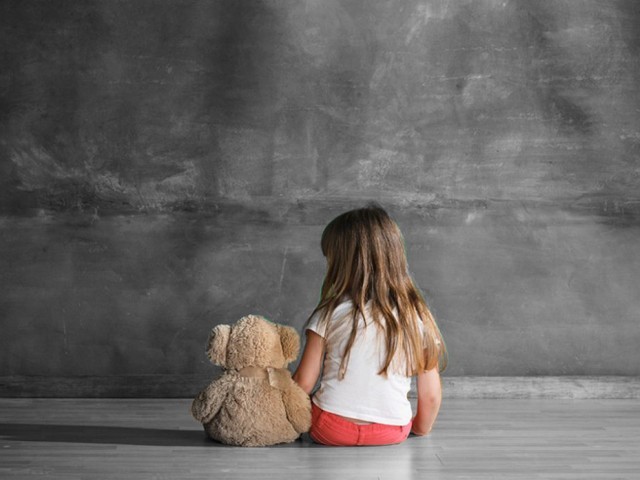 Educate yourself about autism before harping about all things wrong.

(Is your child abnormal?)

The first time I heard the word ‘abnormal,’ I was five. For me, it was an alien word. So when I reached home, I asked my mum what it meant and if my cousin was ‘abnormal’. She just brushed off the question while tending to my newborn sister, not knowing the impact it would have on me later. In light of the fact that World Autism Awareness Day was marked earlier this month, I want to talk about children like my cousin and address the insensitive way in which our desi society deals with autism.

I disliked going to my uncle’s house. His son would pull my hair, pinch me and randomly laugh at me. He would hardly make any public appearances and it was known that he was ‘locked up’ in the house with a caretaker. He was considered ‘abnormal’.

Years later, I wish I had known that he wasn’t ‘abnormal’ but autistic, even if the word was too big for me to grasp, at least I would have known that he was just as normal as any other child.

You see, the problem with the desi community is its hypocrisy. We like to believe that we are progressing as a community but we are as backward as we were before. When you tell people your child is autistic, they will nod their head as if they sympathise with you but will also tell their own children not to play with yours in case they ‘catch’ autism. When they refer to your child to someone, they normally say,

(Oh that child who is a little abnormal!)

Then come the people who will listen to you as you tell them about how hard it is to be a parent of an autistic child and will act as they understand  and can relate to everything. However, they will then go on to tell you about the pir baba (religious/spiritual guides) who miraculously turned a baby goat into a human being and how he has all the answers to ‘cure’ your child of autism when you have literally just told them that it is not a disease.

Often times, fathers and men of the family also tend to detach themselves from the child, leaving the mother to deal with the child and further blaming the women when things go wrong. Joint family systems are the worst, since news travels faster than light within families. Mothers are told to finish their household chores while the child suffers, and are told that the child will ‘grow’ out of it.

People who don’t have the privilege of getting a diagnosis for their child have their kids beaten up because of bad behaviour, or blame their behaviour on the evil eye. The desi community sometimes fails to understand the struggles of a family with an autistic child.

What can you do to help such a family?

The first and foremost thing to do is to respect the boundaries that the mother has created. If she has some reservations about certain things then respect that and work around those boundaries.

1. Ask the mother if she needs help. Mostly she will gladly accept that help. Even if she refuses the offered help, let her know that you are there for her when needed. The important thing is showing up.

3. Educate your children as well. When you make them understand what a special needs child is, they are more empathetic towards them and God knows the world can deal with more empathy.

4. Stop blaming the mother for her child being autistic. Yes, I have heard that too. She has enough stress and guilt to deal with in the first place. Stop giving her ‘cures’. Build her up by telling her she is doing a wonderful job. Appreciate and celebrate the achievements of her child no matter how small they seem to you.

5. Know that all autistic children are different. Some are high up on the spectrum, some on the borderline and some in the middle. Don’t compare children to each other, regardless of anything. That is the worst thing you can do.

6. In the end, know how and when to approach the family of an autistic child. If they don’t want to talk about it, don’t probe. The more you probe about it the more stressful it gets for them. Maybe the parents are not ready to talk about it yet or they are hesitant about how reactions will unfold in front of them.

It’s not just autistic children that need to be supported. All special needs children need to be built up by society. Empathise instead of sympathising with them. I sincerely hope that these tips will help address the hypocritical and insensitive way in which desi society deals with autistic children.

(This post originally appeared on Brown Girl Magazine and was republished with permission.)

The author is a Pakistani who calls London her home. She is a parenting and lifestyle blogger who likes to be as transparent about motherhood as one can be. She tweets at @thecrazyammi (twitter.com/thecrazyammi)