As long as we keep producing films like Junoon-e-Ishq, Pakistani cinema will never get anywhere 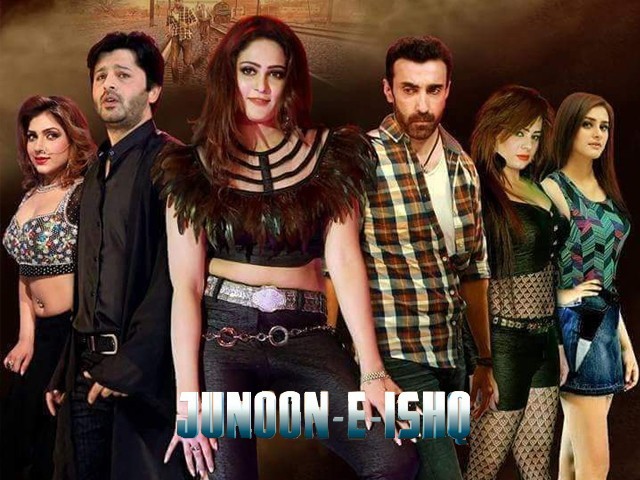 Junoon-e-Ishq has become one of those films that could not even survive two days at the cinema. PHOTO: IMDB

It may seem hard to believe, but the trailer is actually one of the most important parts of a film. After all, it is through the trailer that the audience gauges the film and makes up its mind about whether or not to spend money watching it in the theatre. Thus, the power of a good trailer cannot be denied.

Meanwhile, Junoon-e-Ishq is yet another Pakistani film that kept the audience away just through its trailer. Pakistani audiences had serious doubts over the quality of content, the performances as well as every single aspect of the filmmaking, and the entire credit for these doubts goes to the trailer of the film.

Naseem Haider Shah’s Junoon-e-Ishq has become one of those (Pakistani) films that could not even survive two days at the cinemas after its release, when ironically it was expected to do better due to a lack of international content. It will soon become apparent why it was a disastrous venture.

The film features Adnan Khan, Mahi Khan, Amir Qureshi, Rashid Mehmood and the legendary Shahid in pivotal roles. However, the film was neither publicised nor promoted the way other Pakistani films have been of late. There can be many reasons behind why this was the case, including limited budget, unknown stars, as well as a lack of support by the media.

Its plot might have seemed like a good idea on paper, with the story involving Gulbaz (Qureshi), a man obsessed with Sahiba (Mahi), a haughty rich girl who in turn is in love with Raja (Adnan), a modest villager trying to make ends meet. Unfortunately, right from the script to its execution, and from the performances to its music, Junoon-e-Ishq completely fails to deliver anything of quality on every front. There are some legitimate twists and turns in the film, but everything else is so bad that they too fail to leave a lasting impression. Some incredibly poor storytelling, zero application of logic, an unrealistic approach towards filmmaking and a suffocating narrative are some factors that result in Junoon-e-Ishq falling flat on its face.

To the film’s credit, it tries to imitate some tried and tested practices in the Pakistani film industry, such as:

1. Sizzling item songs that don’t do much expect objectify women.

2. A typical ‘baarish ka gaana’ (rain song) with the drenched woman dancing in a white dress.

4. A social class divide highlighted by the romance between a rich woman and a poor man.

Safe to say, none of these work in Junoon-e-Ishq’s favour.

It was also sad to see a reputed name like Shahid – who used to be a leading man in the 70s and could guarantee box office hits – agree to do films like Junoon-e-Ishq (and Chain Aye Na before this). Mehmood’s acting, on the other hand, is nothing less than torture to watch, for one does not expect a seasoned actor like him to mess up a character as simple as the one he plays.

After Shor Sharaba, Adnan yet again delivers the same kind of exhausting performance where he neither looks the part nor plays it believably. Qureshi on the other hand could have done wonders with his character, but instead amateurishly plays the psychotic lover. The only thing Mahi makes you wonder is how she got cast as the leading lady in the first place. 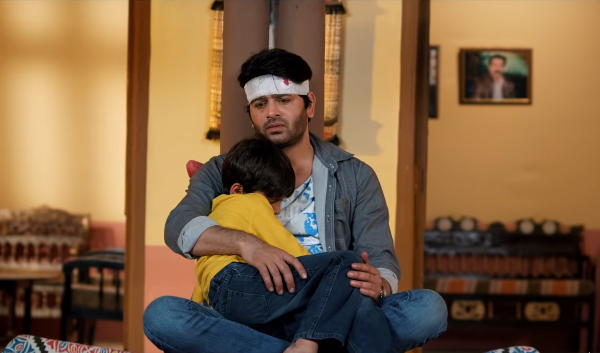 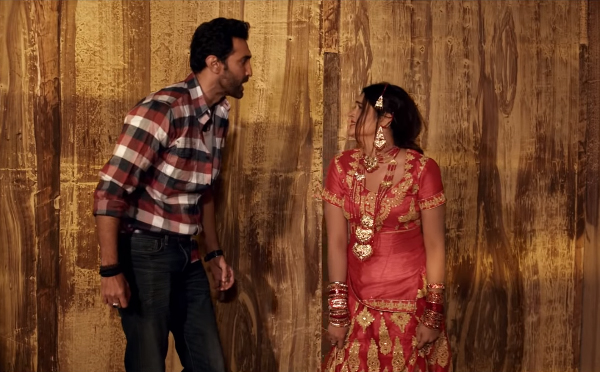 If this reveals anything, it is that Pakistani audiences at large are now exposed to better quality of work, and will no longer appreciate such below par content. Most shows were thus cancelled because of little to zero traffic on the first day, and within two days Junoon-e-Ishq was taken down from cinemas entirely.

This should be alarming for Pakistani filmmakers, who need to realise that in this day and age our audiences expect (and deserve) better content than what we are currently producing. The audience has matured and moved on from the terrible single-screen films that graced our theatres for years, and people now want to watch quality cinema, as experienced through international films.

If films like Junoon-e-Ishq keep coming out of Pakistani cinema, there is a high probability that audiences will once again stop visiting theatres to support Pakistani films. After all, their hard-earned money deserves better return than the feeling you get when watching films like Junoon-e-Ishq. If Shor Sharaba, Gumm and Project Ghazi (besides being an ambitious attempt) had been conceived and executed properly, these movies would not have left our industry worse for the wear.

Now, with a ban on content from across the border and an apparent inability to pay off international distributors, Pakistani cinema desperately needs to produce better films – and better than Junoon-e-Ishq is not a big ask – so that audiences don’t fear visiting theatres to watch films made in their own country.

This movie did not warrant any rating.