#TherapistDiaries: A hard worker is not the same as a workaholic – the latter is an addict 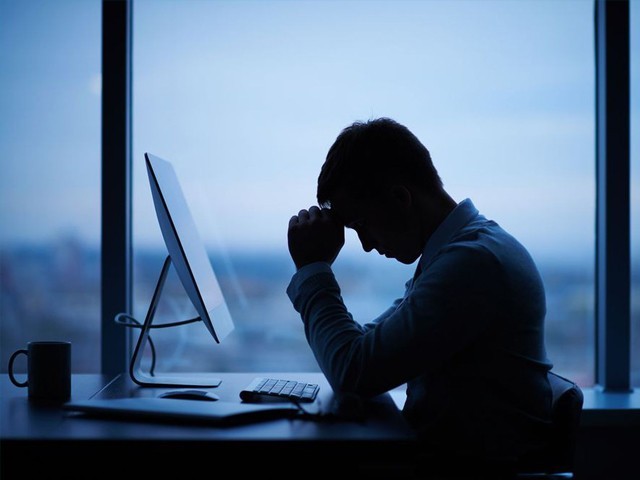 Many workaholics take pride in this fact but are rarely happy or satisfied with their achievements. PHOTO: SHUTTERSTOCK

Farooq’s* work was a matter of utmost importance for him. He used metaphors like “battlefield”, “winning” and “war” when talking about work. He worked in the corporate sector and was at a higher level of the ladder. He sought therapy because all his subordinates hated him.

He had a sense that his subordinates, who at some point were his colleagues, were jealous of his success and plotted against him all the time.

Farooq was a workaholic, and his perfectionism drove not only his subordinates but his friends away as well. He took no offence in working overtime or even sleeping at his workplace. He admired the Japanese work culture and believed that people should work full time even in Ramazan, or at least he made a habit of doing so. He worked in the real estate sector and generated the most profit as the head of a region.

The reason his subordinates didn’t admire him was that he couldn’t understand that everyone wasn’t a workaholic like him. Additionally, being a region head, he treated these subordinates as his property and as a bridge to reach his goal – to generate the most profit and sales for his organisation.

He was being used as an example by the company for others to follow, and they succeeded.

Farooq can easily be called a workaholic and an extremely hardworking person at a glance. However, workaholism is a serious issue not realised by a lot of people. In a lot of work cultures, it is even appreciated and is set as a precedence. Other people are expected to follow the workaholic, who in actuality is motivated by an obsessive desire for control, power, approval and perfectionism, rather than a love for the craft itself.

For excessive workaholics, as mentioned in the aforementioned example, the initial love for their work and craft becomes an obsession. It gets so entangled with order, pattern, perfection and discipline that they lose the very reason they started out with – love for their respective chosen field.

A lot of people confuse hard work with workaholism. The major difference between them is that the former is driven by passion, enthusiasm, energy, task completion and a need for improvement. Workaholics, however, are driven by a desire for control, prominence, power, dominance, perfectionism, order and approval from others.

According to esteemed mental health practitioner in the field of addiction, Dr Gabor Maté, workaholism is a form of addiction, just as eating disorders or substance addiction. According to him, it is a form of disconnection or dissociation from a deeply-rooted pain in your life. This pain could be recent or old, but it is too much to handle for a person, and it gives them a sense of helplessness. People become workaholics to avoid that pain, just like any other addict.

Additionally, the Birth Order Theory in psychology suggests that the eldest sibling has the greatest tendency to become a workaholic, while the younger sibling may become a workaholic as a reaction to the attention, power and dominance the elder siblings hold.

The eldest siblings, according to the Birth Order Theory and research, are most likely to enjoy control, order, perfectionism, and approval of higher authority (parents, boss). They are also the ones who strive to be CEOs, due to the very combination of personality traits that are masked as leadership qualities.

The important thing is that many workaholics take pride in this fact but are rarely happy or satisfied with their achievements. I remember a patient of mine very clearly stating that:

“I made the most amount of profit for my company ever. I set a record. But I didn’t feel happy. I felt empty. I thought, now what? What is next?”

I had another patient, Asghar*, who didn’t start out as a workaholic. In fact, he was very laid back and solved even the most difficult workplace issues with spontaneity and ease. But ever since one of his parents threw up a whole lot of blood on the very first day they shifted to a new house in a remote housing society, he lost it all.

His father was diagnosed with cancer on the second day after moving to this remote housing society far from the city. He did not know where the nearest hospital was as his dad continued to vomit blood all across their lounge. He was also the only man in the family and the women were not very skilled at dealing with such matters.

His dad suffered for a couple of years, eventually succumbing to death.

All this while, Asghar became addicted to work. Even after four years of his father’s death, he could not stop working for less than 12 hours. He became obsessed with the petty mistakes of his subordinates and strove for impossible standards of perfection. Nothing made him happy. He left his passions, such as painting and gardening. All he could think about was work.

In other words, he blocked out all the grief, became a workaholic and eventually came for therapy because even the work wasn’t making him feel any better.

It is not uncommon for people to bury themselves in work after life-changing events like a break up or the loss of a loved one. People naturally don’t want to lose what is remaining of them and what keeps them sane in the midst of a crisis. Most of such people get relaxed with work once the crisis is over, but a lot of them don’t know how to quit, and for a lot of them the crisis is never over.

It is sad how workaholism is lauded in our culture and worn like a badge of honour, without people ever realising the deep-rooted inadequacies or grief behind such behaviours. We may or may not notice, but I have met very few workaholics who do not realise that there is something not quite right. Very few of them don’t notice or mention the emptiness they feel, despite of all their achievements and success.

We thus need to be more supportive and understanding of them as well. And if you are a workaholic reading this, you need to realise that you can’t stay in the survival mode you adapted during a crisis forever.