Will Uber end up destroying Careem as well? 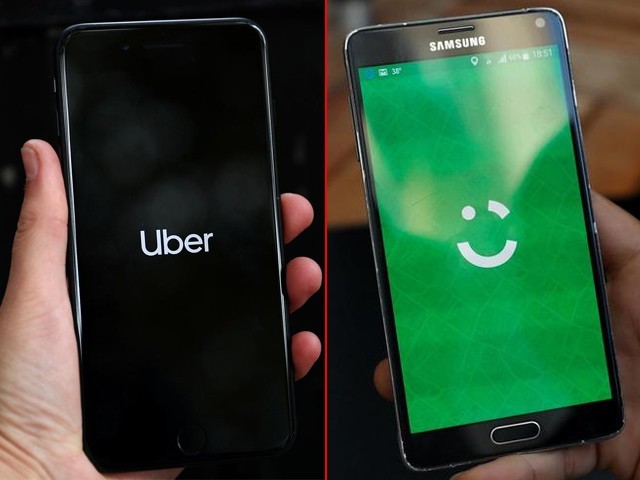 Uber announced it has acquired Careem for $3.1 billion, and I’m not sure how comfortable I am with this merger.

As a young, 20-something, independent woman living in Lahore, I have made it a point to sustain my life and expenses all on my own. I do still live with my parents, but there is not much I rely on them for except their unwavering and unconditional love and support.

This means I take care of my own transport, whether it is to travel to and from my workplace or frequently to run personal errands. A few years ago this was much harder as services like Uber and Careem were not available, but with their wide availability now, it has become very easy for me – and Pakistani women in general – to comfortably mobilise on their own whenever they want if they do not have the privilege of having a car or a chauffeur.

Recently, however, Uber announced it has acquired Careem for $3.1 billion, and I’m not sure how comfortable I am with this merger. Careem has managed to earn a good reputation in Pakistan, while Uber has a terrible reputation worldwide. Will Uber run the same kind of background checks Careem does before it decides to hire its captains? Or will Uber end up destroying Careem as well?

I’m not embarrassed to admit how often I use Careem; it has certainly made my commutes much more convenient, especially since the procedure to book a ride from nearly anywhere is extremely handy. Speaking of convenience, Careem has proved to be quite an affordable service, and the best part is that their captains actually seem well-mannered when it comes to interacting with customers.

I use Careem at least twice a day, if not more at times, and this has been my routine for the past two years. Out of the thousand times that I’ve used the service, I have had perhaps one major incident that made me uncomfortable. After a long ride home from a friend’s house, I reached home safely, but what happened 30 minutes later took me by surprise and made me angry at the same time.

The captain had sent me a message (he had my number because I had called him to explain my pick up location) that read extremely unpleasant things; things that could obviously be classified as harassment. As soon as I saw these unwarranted messages, my first instinct was to block his number, but the second was to call the help centre and lodge a complaint. My call was transferred to a female representative to whom I told my story, and I was pleasantly surprised with how she dealt with my harassment complaint.

She spoke to me with empathy, sympathy and sincerity all at once. I was actually overwhelmed by the fact that instead of defending the captain (which is what I thought would happen), she supported me and assured me that the captain would be reprimanded. It does, however, scare me to think that such incidents (or worse) happen to other women all the time, and that we live in a world where men believe it is alright to act in such a manner.

While there was this one negative experience with Careem, there was also another incident that deserves to be mentioned. One night as I was leaving my house in a Careem to travel for a work event, I saw two suspicious men in a car driving past my house. They noticed I was sitting in the car alone and started following us. The captain was a polite elderly man and he noticed right away that something was wrong. He tried several times to lose the men, altering the speed and even trying a different route to throw the other car off, but they continued to follow us for a while. The captain reassured me that I shouldn’t have to worry and that he would make sure I reach my destination safely; he did not ask me unsolicited or inappropriate questions regarding the situation. Eventually, he did manage to drive me safely to the location, and my trust in Careem grew even stronger after this.

On the other hand, there is a reason why I do not use Uber. I only had the displeasure of using it once when a friend ordered it for me, and that was the last time I opted for Uber as a transportation avenue, at least on my own. The captain randomly started asking odd questions such as,

“What do you think it means to be in a relationship?”

“What does it mean when a man and woman are friends?”

“What do you think it means to be in love?”

I continued to ignore his questions until I let out a loud sigh and put on my headphones so he would finally get the hint that I was neither amused nor interested in his attempts to start an unnecessary conversation.

My (female) colleagues have had worse experiences with Uber. One incident involves my colleague arriving at work with her Uber driver following her all the way inside our office space, speaking loudly and in an extremely rude and unprofessional manner, claiming that my colleague had not paid enough money and he had come all the way upstairs to get it. A few of us had to calm him down and stop him from creating a bigger scene, especially when he started walking towards her in a violently threatening manner. She ended up giving him extra money even though she had already paid him his fair share, just to get rid of him.

With Careem, every time I have called or emailed them to dispute fares or to file complaints, I have always been treated with utmost respect and received prompt responses. Considering that Uber doesn’t even have a helpline, I am now worried about how this merger will impact passengers, and how they will file complaints, especially in cases of harassment.

There is certainly a huge security loophole when it comes to both transport companies, especially since women passengers tend to be at more risk than their male counterparts, particularly when it comes to varied forms of sexual and verbal assault and harassment. Women tend to be targeted or engaged in conversation simply as a result of prevailing misogynistic attitudes. There never really is any guarantee of what kind of a person one will come across at any time on either service.

However, judging from my personal experiences and the stories I’ve heard, I am able to say that I definitely favour Careem and feel much safer using it. I have travelled long distances in a Careem and used the service relatively late at night by myself, and never have I felt threatened or like I was in the wrong place at the wrong time.

Now that Uber has bought Careem, perhaps they can also learn a thing or two from them. What Uber needs to do differently is to offer sensitivity and anti-harassment training to its drivers so they are aware their behaviour is inappropriate. Uber should also run better background checks on people before hiring them as drivers. If Uber does not pay special attention to its shortcomings, it may go on to ruin Careem’s reputation as well. If this happens, women will be the ones who lose out yet again, for Careem has been the service women could actually trust with their mobility.