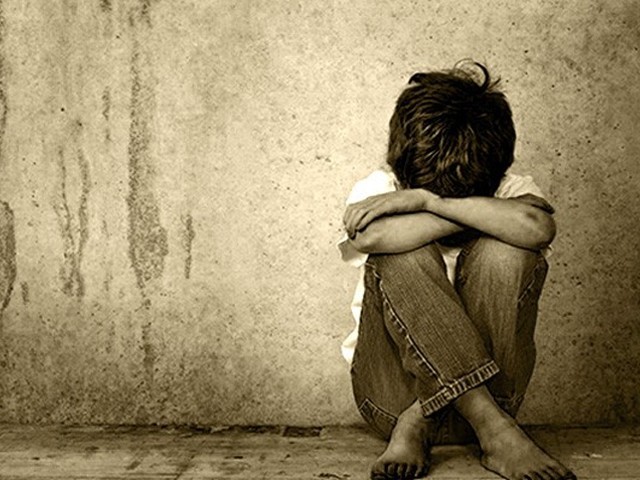 It started with him touching my private parts and making me touch his. I was too little to even understand what was going on. PHOTO: ONLINE

I am a person who is currently in his early 40’s. When I was around six-years-old, I was sexually abused, repeatedly.

This is my story.

At the outset, I would like to acknowledge that the inspiration to write this blog came from Nadia Jamil, the famous television actress who last year revealed the harrowing abuse she had suffered as a youngster. I, however, do not have the courage to disclose my identity or to publicly share my ordeal as she did. So by no stretch of the imagination am I trying to emulate her. She is much braver and a far better person than me. I respect her for her work and I will request all the readers to support her.

I was 4 the first time I was abused sexually. I was in college when it blew out of proportion.
People tell me not to talk to respect my families honour. Is my families honour packed in my body? I am a proud,strong,loving survivor. No shame on me or my kids. Only pride 4 being me

When I sexually abused it ws by my Kari Sahab, my Driver & then by a highly educated elite families son. Now a happily married business man in London. It’s across the board. Men abuse across the board. My family still wants me to stay silent. But the shame IS NOT MINE! Never ever

In my case, the last thing I want to be accused of is trying to gain publicity by narrating something which happened decades ago. Social media has given victims a voice and a platform but at the same time has also given doubters the opportunity to accuse them of trying to gain cheap publicity. If you don’t believe me then just check the reaction whenever a woman has accused a powerful male of harassment. As I write these sentences, the reactions to the Asma Aziz case are also reverberating in my mind, where a victim instead of the perpetrators ended up being blamed.

But perhaps the biggest reason as to why I do not wish to reveal my identity is that I don’t want my aged mother to know. It will devastate her, and, worse, make her feel guilty. She will think that I suffered because of her negligence and oversight. So I simply cannot afford to let her know.

I am writing this blog anonymously with the sole intention of raising awareness about the sexual abuse of children, the kind which many a time goes unnoticed. I want to convey how it destroys a child’s innocence and impacts their personality in many adverse ways. Most importantly, I want people to realise that little boys are just as susceptible of falling prey to sexual abuse as little girls are. In our society, parents are usually quite protective of their daughters but they often fail to understand that their sons can also just as readily be victimised by perverted men. And yes, when I say men, it is always and invariably men.

One outcome of that horrific experience which I endured years ago has been my changed understanding of the sexual behaviour of the two genders. Women simply don’t have the propensity nor the capacity for inflicting the barbarism and inhumanity men are capable of. Although I don’t believe in stereotypes, when it comes to deviant sexual predatory behaviour, there is no comparison.

I was only six when my father hired a male servant for the purpose of taking care of and playing with us children. Since we had a cleaning lady and a cook at the time, his main duty was to look after me and my younger sister. I recall that for the initial few months, all of our interactions were harmless. However, slowly he gained enough trust that my mother, who was pregnant with her third child, started to leave me alone with him.

Then one day the abuse started.

It started with him touching my private parts and making me touch his. I was too little to even understand what was going on. Since initially there was no pain involved, I could not fathom the perverse nature of what was transpiring. Soon though, I began to feel uneasy. But he made sure that I never voiced my trepidation to my parents by threatening to beat me if I ever told anyone.

The abuse continued and then one day, the pain arrived. I screamed like hell. He got nervous and stopped. Threatened me not to tell anyone and slapped me hard. I got scared and wept bitterly. After a few days, once he was sure that I would keep quiet, he resumed the abuse.

It went on for many months. Finally one day, due to some reason, he went back to his village and never came back. Although he never returned, the scars he inflicted have remained permanent.

At an age when I was supposed to play with toys, I was exposed to deviant sexual acts. No child should be robbed of their innocence and mine was destroyed. Premature exposure to sex, particularly of the abusive and unnatural type, always psychologically impacts a person, and in my case, it has ended up completely shaking me. As a child, I lost all self-confidence and from that moment on, I became extremely withdrawn. Moreover, I started to get really nervous around grown men. Some of the effects of the experience must be at play at a subconscious level which I am not even cognisant of. Perhaps my own sexual attitude as an adult has been transformed.

But there was one positive outcome of that awful experience. I became extremely protective of little children. When your own innocence is robbed, you realise just how beautiful innocence is. The episode robbed me of my innocence but enabled me to understand how uncorrupted and beautiful children are. That episode naturally made me intensely hate child molesters.

The experience also made me a more sensitive person, quite unlike a traditional Pakistani male. It’s that sensitivity, which ironically is an outcome of a hideous experience, that has also enabled me to feel more empathetic towards all those who are vulnerable.

I know my story is not unique. Countless children are molested in Pakistan and elsewhere. In fact, my story does not even have a sad ending. I belong to a relatively affluent background and was able to come out of the trauma and later went on to receive top-level education from some of the most prestigious institutes in Pakistan and the world. I was lucky to get married to a wonderful person; although the one regret I have in my life is not having any children of my own despite desperately wanting to have them.

I know that many little children who are abused often suffer a fate far worse than me because they might not come from a privileged background like I was and hence don’t have the requisite means to build a new life for themselves. I would never claim that my ordeal was the most horrific because I am aware of the privileges my affluent background has afforded me. I know that my case is a ‘better’ case than most accounts of child sexual abuse. But at the same time, I also ask myself that if a ‘better’ case such as me suffered so much, what would someone from a ‘normal’ case have had to endure?

As I write these sentences, I am also mindful of the fact that Pakistan has seen an increase in child abuse and also witnessed major scandals like Kasur and Shahrag with victims in those cases completely helpless with no recourse. While the media spotlight has highlighted the plight of abused children in such cases, a lot of child abuse simply goes unnoticed. A lot of abuse, like mine, occurs within the confinement of a space safe like your home.

My request to all parents is that please protect your children. Children need to be safeguarded both outside and inside the home. Don’t leave them unattended with male domestic aides or, for that matter, any male whom you may suspect, including some uncles or relatives. Children are God’s most beautiful creation and they don’t deserve to be molested and abused.