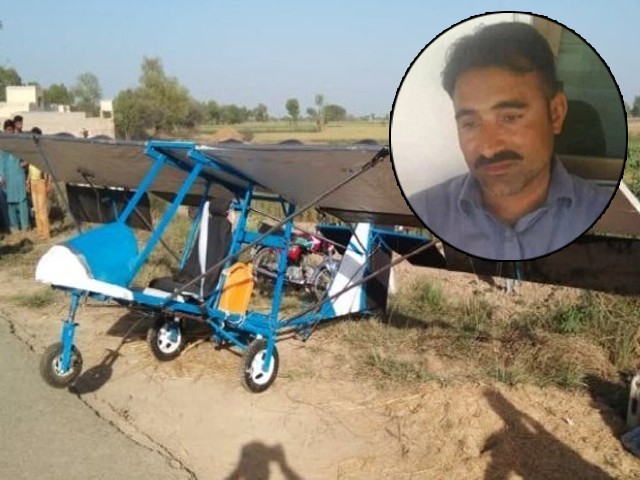 Society as a whole is not appreciative of the idea and those who are in power and have all the means and resources, aren’t in any mood to help. PHOTO: TWITTER/ FAKHR-E-ALAM

“Has it ever been done before?”

“What do you think of yourself? Some genius that planet Earth has never seen? You’re too self-obsessed, dude!”

“Had it been so simple, somebody would have done it already!”

If you list the most destructive lines to kill innovation and out-of-the-box thinking, I am quite confident the aforementioned sentences would make it to the top 10. Regardless of time and place, people who come up with ideas that challenge the status quo in any field are initially ridiculed, and then face collective disapproval and extreme discouragement. It boils down to the stage when the one who came up with the idea starts regretting why he even tried it in the first place? Why didn’t he change his mind when his close friends made fun of him? Why did he have to turn himself into an icon of stupidity?

Remember Galileo Galilei, who held the idea that the Earth revolves around the sun? His ideas were labelled as pathetic, insane, rebellious, wayward and unfathomable. Galilei was even sentenced to death and his life was spared only on one condition: he wouldn’t brag about his ideas publicly.

Muhammad Fayaz, a guard who also owns a popcorn shop, is not Galilei by any means. He is just a common man with no record-breaking scientific theories to his credit. He loves anything related to aviation and that led him to come up with a product, if not an invention, of his own. He built a small aircraft from scratch without any prior training and education. He made a successful test run but his sense of achievement and happiness proved to be short lived since he was soon arrested as, according to the police, his experiment could have been harmful and dangerous. Poor Fayaz, who must have felt like a champion in front of a small but curious crowd of around 500 people, turned into a source of laughter as his story was covered by electronic, print and social media.

One can see where he was getting inspiration from ….Muhammad Fayyaz was putting together an ultra light kind of design. I am told he is a Labour worker. Self taught about aviation. I really want to know about this amazing Pakistani. Anyone has any details please share here. pic.twitter.com/e39KpbDt0U

I am not an aviation expert and hence I am not going to pass any judgement about his experiment. For me, it’s more about the society’s reaction, which is very disturbing. Moreover, the never-ending apathy of government institutions who never fail to discourage innovative minds is saddening. As per reports, Fayaz tried to get in touch with the authorities to seek permission to test his small aircraft. However, no one helped him. His plane was recently returned to him after the police confiscated it.

In all honesty, innovation is a tedious task. It requires effort, money and willpower to keep going regardless of the obstacles. Add daily life problems that every lower-middle Pakistani faces to this mix, and the situation becomes even more challenging. Despite that, people like Fayaz refuse to give up and keep following their dreams. During this journey of struggle, they need support from society at every level.

When the idea is just a brain child, it needs encouragement to be nourished. Once it is properly planned out, it needs further advice for feasibility. Then, approaching execution, it needs money, resources and above all, belief. Innovators need confidence that even if their plan fails due to any reason, it won’t be treated as if it was destined to be doomed. This keeps them moving, pushing them to come up with new ideas in search of success.

In Fayaz’s case, the example of Galilei may not be suitable on technical grounds, but it fits when you see the larger picture. Society as a whole is not appreciative of the idea and those who are in power and have all the means and resources, aren’t in any mood to help. Specifically in our society, another factor is inferiority complex. We applaud innovative geniuses if they are named David and John, but when it comes to Fayaz and Aslam, we are doubtful and critical. For most of us, innovation must come from technologically-advanced countries to make any sense. Otherwise, it’s a bluff, a cry for attention or an attempt to get fame.

An example of a 10-year old Australian kid, whose letter to Qantas was responded to by the airline’s CEO himself, shows a startling difference in how dreamers are viewed abroad. The kid named Alex dreams of building an airline and the way his dreams were encouraged, speaks of the culture of support and praise his country has towards young minds. Alex was invited at the Qantas office and the CEO met him in person and wished him all the best for his future airline.

Our competitors don't normally ask us for advice, but when an airline leader reached out, we couldn't ignore it.
Naturally, there was only one way to respond: CEO to CEO. pic.twitter.com/JTFpzn5a6Y

The culture of encouragement and supporting each other is missing in our society, especially when it comes to science and technology. Although lack of facilities is an issue even at expensive institutions, where affluent families send their kids for education, the focus on innovation is zilch. Modern techniques like STEM (Science, Technology, Engineering, Math) education aren’t given much importance and the rat-race of scoring higher marks in exams is the focal point. Mode of education isn’t based on practical learning, observation and conclusion; rather it revolves around how much can you memorise.

Have you ever seen a school student asking his teacher he wants to test Isaac Newton’s Law of Motion that he learned in class? It’s not about proving the theory wrong, it’s more about practical learning that not only helps in understanding the concepts but also encourages new thinking. Here, when a child graduates from college, he looks at laws of science as permanent and that they can never be proven wrong. However, many laws have been challenged, modified and even proven to be false, all because someone tried to practically test them.

It is high time that institutions and society step forward to start building the culture of supporting innovative ideas. Young kids should be trained with STEM education so that they learn the art of experimentation, rather than memorising the experiment different scientists did centuries ago. Those who can afford it should also try to build a small lab for their children at home rather than buying them expensive gifts. Media should also play its due role by highlighting such stories where young kids display their ideas at schools or men like Fayaz achieve the unthinkable.

The current government was the torchbearer for youth development and progress, at least, till the General Election 2018. They should encourage minds like Fayaz by providing them with proper training and resources so that they can take their dreams further, which will also shed a positive light on Pakistan and its innovators. Imagine if a school dropout like Fayaz has the ability to build a plane, what kind of talent would Pakistan find if it just looked or supported? I hope Imran Khan won’t take a U-turn on investing in the youth for the betterment of Pakistan.

The unheard plight of subcontractors in Pakistan