Boring and predictable, neither kids nor adults will find any wonder in ‘Wonder Park’ 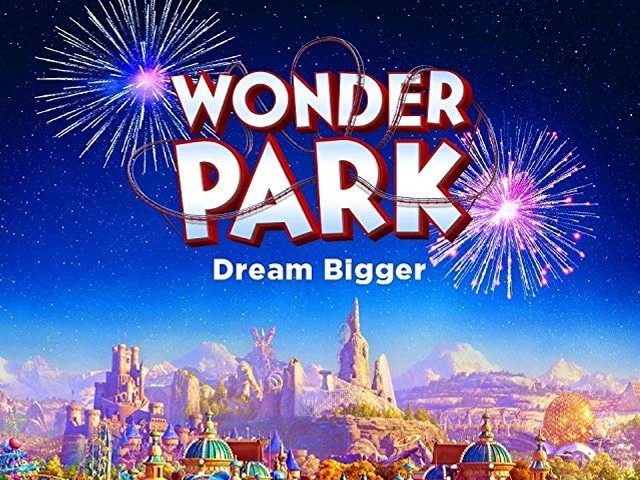 June has to team up with the animals in the park to save it from the looming darkness impending to consume it. PHOTO: IMDB

Paramount Animation and Nickelodeon Movies have jointly ventured to create the 3D animated film Wonder Park. It is a spirited animated fable about a fantasy amusement park where the imagination of a spunky girl comes alive and she embarks upon the journey of a lifetime.

The story follows June, a wildly creative girl who possesses an unrestrained imagination and exhibits a strange aptitude for engineering. The precocious June further develops this fascination and skill with her mother’s help and invents an imaginary amusement park. However, when her mother falls ill, June becomes rather disillusioned with her plans of an imaginary park and abandons it. But destiny takes an unusual route, as June finds herself in the Wonderland after wandering through the woods.

Later, June gets to know that the Wonderland has been haunted by evil ‘Chimpanzombies’ and hence she teams up with the animals in the park to save it from the looming darkness impending to consume it.

Regardless of how creative, adventurous and colourful the film may seem on the surface, the script and plot are choppy and aimless. Although rich in visual imagery, the film is still baffling and boring with its overbearing action scenes, overlong shots and shabby and plastic designs.

The film fails to project and execute most scenes with precision and cohesion, while even the characters are not memorable enough. In its endeavour to ignite the auditory and visual senses of the audience, the film trivialises its own impact by drowning it into the cacophony of noises and screams and frenzy of action and colours that all threaten to overtake each other.

The film is a blend of both glossy and darker sequences, but instead comes across as being devoid of a soul (especially for a children’s movie), as it is unable to manifest the essential aesthetics or make the audience connect with the content presented. It suffers at the hands of a not-so-refined narrative and poorly textured animation. The dullness of the story, the poor quality of dialogue and the predictability of the film make the entire experience of watching it rather unexciting, despite the rambunctious nature of the film.

Although the underlying message of the film regarding grief, depression and fear set against the backdrop of an imaginative realm is heart-warming, as is the relationship shown between a mother and a daughter, the magic required in order to pull and thrill the audience is clearly missing in the entirety of Wonder Park.

The absurd irony of the film is that contrary to its title, which is Wonder Park, the amusement park in the entire film has been consistently mentioned as Wonderland, making the film’s title as irrelevant as the film itself.

The only unique element of Wonder Park is that it has been released without any directorial credit. Otherwise, it does not offer anything refreshing or out of the ordinary. In spite of showing an exuberant child accompanied by a boisterous force of animals, the film makes for a monotonous experience for both kids and adults, particularly because of a banal storyline made worse by its faulty execution.