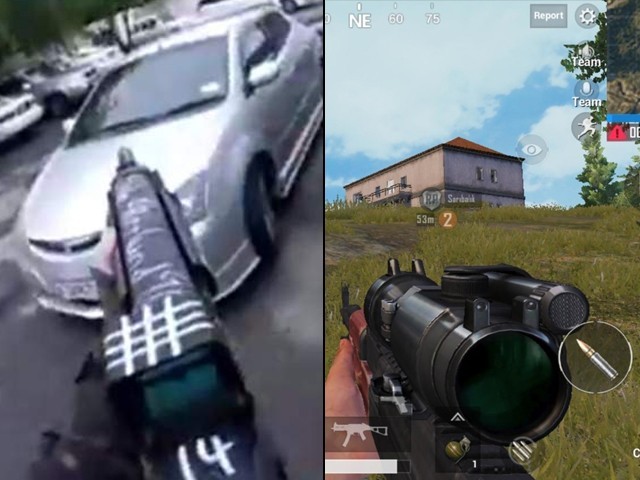 The video of the horrific and gruesome Christchurch attack has been consistently compared to PUBG on social media.

A friend of mine narrated a story to me after the Christchurch terrorist attack. He shares his apartment with a couple of friends, and on the tragic day of the shooting, my friend saw the video of the attack on his phone and then played it for his roommate, asking him what he thought it was. His roommate responded casually, stating he thought it looked like a first-person shooting game snippet. Upon hearing this, my friend broke the real news and shared the shock the whole world was experiencing.

This begs the question: what has violence in video games made us accustomed to? Do video games now share the blame when it comes to increasing violence in human societies?

It is human nature that if you are in constant contact with something, similar events fail to shock you, even in a different context. This is a very common technique in psychology, used to remove fears and phobias. For example, if someone is afraid of cats, a plastic cat toy could be placed in their living space for some time until the patient becomes accustomed to it. This fake cat would eventually be replaced by a real one, with the level of realism being increased level by level. The same is the case with video games, as constant contact with excessive and highly realistic levels of ‘fake’ violence can make people less afraid and more attracted to the actual thing, regardless of how brutal, inhumane or merciless it looks in the first place.

Prince Harry’s comment about his Afghanistan mission puts this whole discussion into perspective. He compared the actual war in Afghanistan and his role as a co-pilot gunner to a video game, and called his job a ‘joy’ because of how much he loves playing Xbox and PlayStation. He was fittingly trolled by the Taliban for being a ‘coward’ who would not dare set his foot on the ground of a real battle. However, when someone as powerful and influential as Prince Harry compares participating in an actual war where people are losing their lives every day to a video game, that too in a TV interview, you can understand the gravity of the situation.

Several studies have been conducted to find a connection between violent video games and aggressive behaviour. For example, a study conducted by Dartmouth College recently concluded that violent video games are associated with increased physical aggressive behaviour in children. Add the liberty of operation and access to weapons that these children have when they become adults, and the situation becomes a lot more serious in the real world.

The video of this horrific and gruesome attack has been consistently compared to PUBG on social media. Although Bluehole, the South Korean video game company that owns PUBG, doesn’t have any direct connection to what happened in Christchurch, this comparison should be a matter of concern for them. A terrorist attacking a place of worship and shooting helpless people as they run for their lives is a visual comparable to a video game played by millions; even in isolation, this should be a huge question mark for the developers of PUBG. After all, would EA Sports not be concerned if a real life crime in the world of football could instantly be compared to a FIFA video game?

It can be argued that these video games are played by millions around the world and not even a sizeable percentage of the players turn up with arms in the street shooting innocent people for some crazy sense of adventure. Therefore, the direct connection between the Christchurch massacre and shooting games does not hold any water. However, just because there is no direct relationship between this simulated violence and actual terrorism does not mean that this growing aggression has nothing to do with violent video games.

As per the National Centre for Health Research in Washington, the American Psychological Association Task Force on Violent Media concluded that violent video game exposure was linked to increased aggressive behaviour, thoughts and emotions, as well as decreased empathy. The report further mentioned that the longer individuals are exposed to violent video games, the more likely they are to have aggressive tendencies.

So am I advocating a ban on violent video games? Frankly, I don’t have a binary answer to this riddle. There can be many arguments in this debate, for and against alike, but there can no longer be any doubts on the fact that the disastrous effects of violent video games are harming the society overall. Specially after a common citizen dressed in civilian clothes could roam around a city and have the liberty to shoot whomever he likes for 17 minutes before action could be taken against him.

This puts you in a completely different mindset as compared to games which show the scene to be of a battlefield in which two armies are in active combat with each other. The reason is simple: a video game player, a common, young and impressionable individual, will not connect strongly to the army man fighting in uniform. However, seeing that ‘combat’ replicated in real life with normal people would attract a different level of relatability.

It is generally believed that mankind has the tendency to glorify violence, but I have come to the conclusion that the good old days of Mario Bros and Snow Bros were way better than the era of Counter Strike and PUBG.

The unheard plight of subcontractors in Pakistan