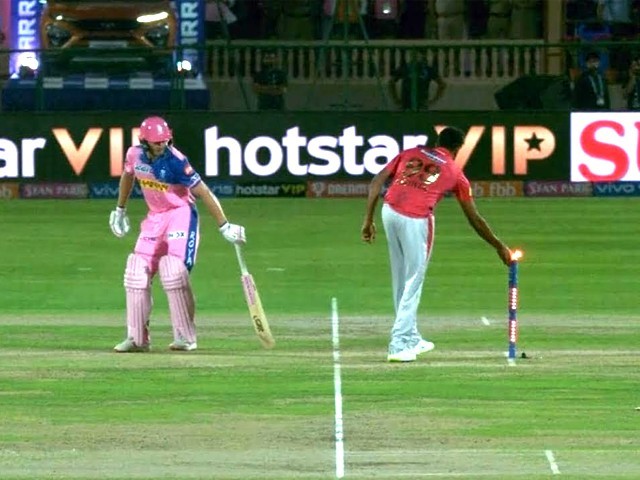 Ashwin did not break any rule of the game. He legitimately exercised a right granted to him by the laws of the game. PHOTO: FOX SPORTS

The latest edition of the Indian Premier League (IPL), the greatest cricket carnival on the planet, is here. And along with it comes the usual spectacle of outstanding performances, top class entertainment, and of course, a good dose of controversy.

In fact, controversy didn’t take long to surface this year when the otherwise gentlemanly Ravichandran Ashwin ‘mankaded’ Jos Buttler, the star English batsman. For the uninitiated, the term ‘mankaded’ is used when the batsman at the non-striker’s end leaves the crease before the ball is bowled in order to get a head start and is run out by the bowler in his delivery stride before the ball is released. It is a practice that is allowed as per the law of the game but is often not carried through without the bowler first warning the offending batsman.

There is almost a glorious sporting tradition in cricket of bowlers refusing to exercise their right to run-out a batsman in such circumstances. Most famously, Courtney Walsh gave Pakistani fast-bowler Saleem Jaffar a lifeline during a crucial World Cup match in 1987. The West Indies lost a close game in the bargain, but Walsh won many admirers for his sporting conduct.

Epic video – Courtney walsh didn't mankade the non striker in 1987 world cup match even though it was the last remaining wicket for Pakistan. This is the cricket we know. @ashwinravi99 Grow some balls bro. pic.twitter.com/rezY7PlMW0

So when Ashwin grabbed the opportunity to get rid of a rampaging opposition batsman in a tight game, naturally he received a lot of flak for it. Cricketers from across the world were indignant and condemned his unsportsmanlike behaviour. Some made dire predictions of how his action is guaranteed to harm the game and the spirit it’s played in.

So disappointed in @ashwinravi99 as a Captain & as a person. All captains sign the #IPL wall & agree to play in the spirit of the game. RA had no intention of delivering the ball – so it should have been called a dead ball. Over to u BCCI – this a not a good look for the #IPL

Didn't you get banned from cricket for testing positive for a prohibited substance? Also fined for accepting money from a bookmaker? Spirit of the game, my foot https://t.co/3Wp3fDsnrg

It’s also ironic that English and Australian players are making the most fuss about this incident, though they have featured prominently in most of the scandals in the game. The English, in particular, get very whiny when they are at the receiving end of what they perceive to be unfair treatment.

I can’t believe what I’m seeing!! @IPL Terrible example to set for young kids coming through. In time I think Ashwin will regret that.

But is this criticism of Ashwin really fair?

For one, Ashwin did not break any rule of the game. He legitimately exercised a right granted to him by the laws of the game. He did not cheat Buttler nor did he trick him in a dishonest fashion. One might also argue that it was Buttler who was violating the spirit of the game by sneaking ahead of the crease and getting an unfair advantage through the head start. Buttler was the sneaky one, and Ashwin merely gave him what he deserved.

Lots of drama on the Buttler run-out. He was livid but the law and the advisory on it is clear. The bowler is within his right to run a player out at the non-striker's end if he is out of his crease

Remember, the fables of cricket being a gentleman’s game go back to the gentler, more leisurely era of Test cricket where a couple of runs and a couple of overs here and there were not believed to make a substantial impact on the game. And ironically, even in that era and beyond, we have witnessed outrageous scandals like Bodyline, match-fixing, Trevor Chappell’s underarm ball, Vaseline Gate and numerous instances of ball tampering. Some of these cases were pure cheating and some were simply pushing the rule book to the limit.

While there is a distinct difference between illegal acts and unsporting behaviour, the point is that cutthroat competitiveness and greed are not a new phenomenon. They have been an integral part of the game over the years and have manifested themselves in many ways.

Coming back to the Ashwin controversy, this incident happened in the game between Kings XI Punjab and the Rajasthan Royals in which Ashwin was leading Kings XI. He has been under tremendous pressure over the last couple of years and his place in the Indian team is also rather insecure. He has been given the opportunity to lead an IPL team and undoubtedly wants to make an impression. It was a close game, which was slipping away from his team’s grip, courtesy of Buttler’s efforts. In these circumstances, he wanted to grab any kind of advantage he could get, and Buttler with his sly sneaking gave him just that. 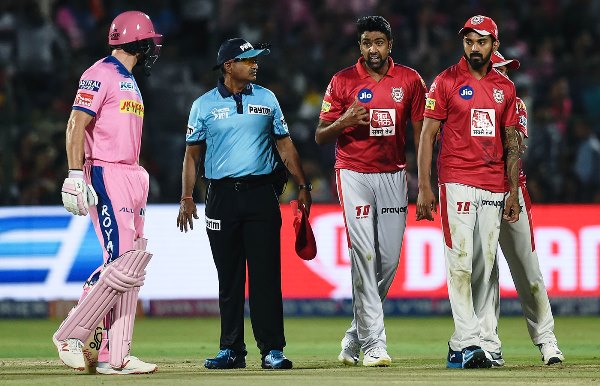 It’s the world of T20 cricket where one run can be the difference between a top finish and relegation. Run-outs are determined by millimetres and for a batsman to unfairly try and get a head start, with no risk in return, is patently unfair in a game already so heavily skewed in favour of the players wielding the willow.

Therefore, the question is not whether Ashwin was right in running out Buttler. The bigger question is, was Buttler doing the right thing by trying to steal an advantage and not expecting to face any risks for it? He was outside his crease with the intent of stealing a run and accruing an advantage for his team, at the expense of the opposition. For him to be outraged at being run-out is a little hypocritical and insincere. 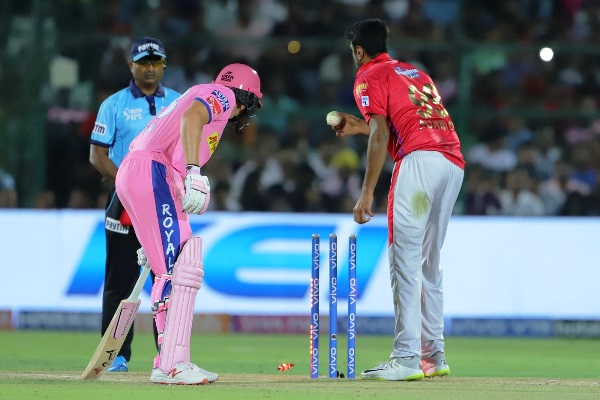 If the custodians of the game feel strongly about ‘mankading’ violating the spirit of the game, then they must enact rules that say so clearly. Maybe it should be made mandatory for a warning to be issued before a bowler can run-out the batsman. However, that is really not the best course of action. Cricket must move beyond its imaginary cocoon of concocted British notions of fair play and face up to the competitive reality of modern sport.

Issue on whether Buttler was actually trying to gain an undue advantage is irrelevant to the Mankad debate IMO. Even if Ashwin was looking to get him out, even deceive him, if it’s within the laws, he is entitled to. If it’s such a blasphemy, then push for its removal. #IPL

Till the time the rules don’t change, bowlers are well within their rights to make batsmen pay the price for trying to steal an advantage. The bowler gets no warning and is promptly called for a no-ball for overstepping in the quest of getting an extra yard of pace or a better length, so why should a batsman get this luxury of a warning? It’s been a batsman’s game, now it’s about time the players hurling the leather stood up and made the contest more even.