Why protesting against this government will fail 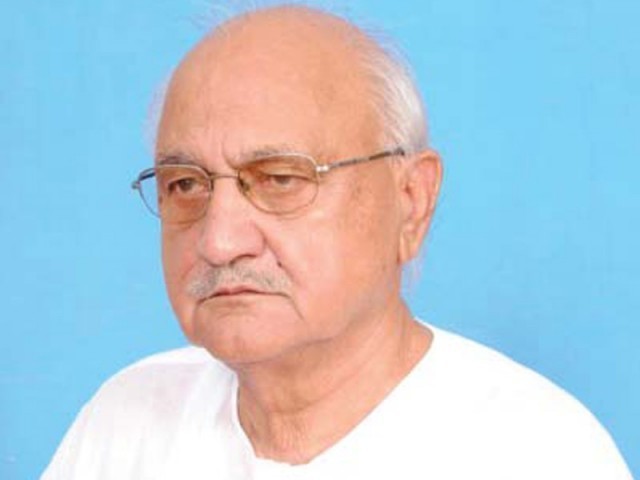 Akhtar’s blood sugar dropped to 70mmol/l and he has shown signs of forgetfulness.

Democracy is a device that ensures we shall be governed no better than we deserve.

Last month, Pakistan celebrated the 64th year of its broken democracy (30 if you discount the field marshal and generals). Whether you prefer 64 or 30, the fact remains, our democracy is broken. While many accuse politicians of breaking it, this is just proof of our national past time, blame it on the other guy.

As much as I want to agree with the sentiment of people on the street, that Parliament is full of thieves and liars, I am reminded of one fact that the same people tend to gloss over: they were voted in. Whether or not the guy (or gal, although only a select few members of the fairer sex actually won an election) representing you is the one you voted for, his presence in parliament is thanks to public support.

We the people are why Parliament is full of (alleged) robber-barons. We knew that most of these guys are tried and failed. We the people knew that these guys have dinosaur-sized skeletons in their respective closets. Instead of rejecting them, we collectively gave them another chance. Sudhar gaye hon ge (they might have improved) seemed to be the collective sentiment.

Now why would a bunch of guys (proclaimed offenders to be precise), who stayed away from the country for as long as ten years, improve as politicians just because a dictator trying to prolong his reign unilaterally forgave them? Wouldn’t they be emboldened to work twice as hard at breaking the law, knowing that sooner or later, another blanket-immunity will absolve them?

Let’s just have a look at some of our esteemed leaders, starting with the major opposition parties.

The Lahore-based party headed by two walking hair-replacement ads has taken no action on my beloved runaway MNA, in spite of the ‘dishonour’ he has brought to their family business party. But then again, they infamously ordered their party cadre to raid the Supreme Court and threaten the sanctity of the highest court in the land (not to mention the lives of the staff, including the predecessors of the judges they claim to love today).

The dictator’s new party needs little introduction. The assassination case of a former two-term prime minister has already revealed that the general, a man of humble origins, possesses assets beyond those of a typical four star, no matter how many copies of books with Clint Eastwood-inspired titles he sold. By the way, a sitting president ‘writing’ a book during his term of office to maximise sales, though not illegal, is certainly in bad taste. Although in his defence, the number of lies in the book still makes it suitable for the humour or fantasy sections of a good bookstore.

The dictators old party, another family business, has sold out to the party in power (a bit redundant since it’s similar to what they did when the dictator brought them into power), in this case to protect the prodigal son.

The financial hub’s party, after what the NA speaker’s hubby revealed, and a British citizen’s wonderful stage performance that would have made Shaan and Muammar Rana worry about their acting jobs, doesn’t really need to be discussed.

The western flank of the country is governed by virtual warlords in the south, while in the northwest, allegations of many abuses of power are flying, although nobody has investigated them to my knowledge. Sadly, it is still an improvement over the religious fundamentalists who let the Taliban walk into Swat and elsewhere while refusing to call suicide attacks on civilians a sin. If these people are the righteously guided people in our society, it’s already game over.

Then the ruling party, constantly bickering with the Supreme Court and illegally appointing such shining stars as the president’s secretary, a ‘retired’ bureaucrat previously accused, and convicted, of embezzling billions. Like his boss, he hid in the US till the coast was clear. Many high-ups are also accused of corrupt practices, save for a few, who were kicked out for trying to fix their party.

Then there’s, the party boss, who in 2007 was diagnosed psychiatric illnesses like dementia, depression and post-traumatic stress. That diagnosis got him out of a corruption case in merry old England. All well and good, but since it’s a part of legal record, was he ever proven sane? After all, mental competence is necessary to become president under the first clause of Article 63 of the Constitution:

“A person shall be disqualified from being elected or chosen as, and from being, a member of the Parliament, if he is of unsound mind and has been so declared by a competent court.”

The president needs to meet all eligibility criteria for the parliament, so where is his psych-evaluation?

Raja Jahangir Akhtar, the political activist whose hunger strike in Islamabad entered its sixth day on Saturday, is threatening to starve to death just to deliver a message to the government: clean up your house by passing anti-corruption legislation, slashing military spending and rerouting the savings to education, health and other social services, and the biggest one, create a secular, tolerant, welfare state.

Mr Akhtar has long been a supporter of leftist causes, including most prominently, the Pakistan Peoples Party. At least until it forgot its manifesto. The man is going hungry to convince a bunch of corrupt politicos to clean up. While my heart supports him, my minds realises that the elected mass is proving to be impossible to fix. To quote a retired politician, “Akhtar’s life, like those of millions of Pakistanis, has no value to the [huge Punjabi explicative] people in power.”

He’s probably right, as is the unsuccessful candidate I voted for in 2008, a double-amputee in a wheelchair who stands taller than most of the power grabbers who forced him out of the party. He said,

Unfortunately, the weight of corruption and poor economic policymaking (under more than a little influence from obstinate government employees in khaki uniforms in Rawalpindi), means that, at least for the masses, the time is near when their hearts and integrity are all they have left.