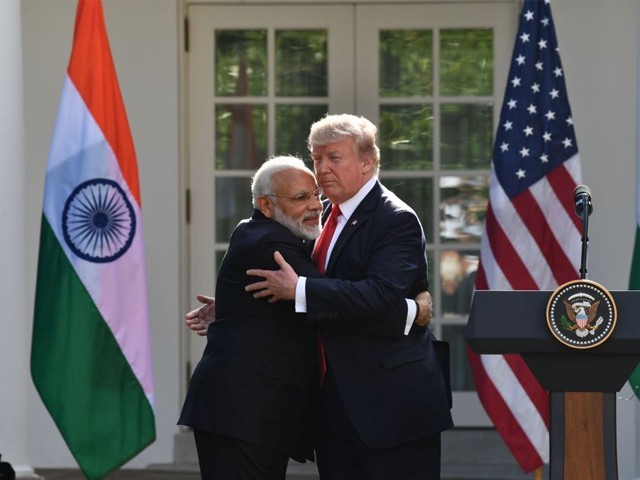 Before anyone decides to deride my tongue-in-cheek critique of human emotions, I do wish to categorically state that our emotions are a part of us and are essential to our existence. They are what make us human after all. However, our use of our emotional and rational faculties is generally more flawed than we make it out to be. To elaborate, we’ll use something ubiquitous as our case in point here – extremism.

Two weeks ago, a terrorist walked into two mosques in Christchurch, New Zealand and brutally killed 50 people and injured numerous more. He broadcast his massacre of innocent men, women and children through a live-streaming feature on a popular social network, Facebook. Thank God he was arrested almost immediately afterwards through swift action by the New Zealand police. His sole purpose of this murder was to hold the world’s attention towards his supremacist agenda and repeat the rants that similar supremacist politicians had uttered all around the world.

The response of the New Zealand government led by Prime Minister Jacinda Ardern was swift, decisive and very heart-warming. They opened their arms to the victims, showed immense compassion and decisively banned semi-automatic and assault rifles (several gun nuts in America died hearing this). The whole society made itself heard and blocked out any rants to condone the killer. They starkly highlighted the fact that the murderer was an Australian national and that the victims were all New Zealanders, despite them being immigrants. The society and government bonded to provide support to victims and presented one common front in the face of terrorism, just like every tolerant and educated nation should.

The unequivocal condemnation and criticism of the attack came from all corners of the world, except for the usual suspects: the supremacist/racist aligned Narendra Modi and Donald Trump.

Trump was asked if he thought ‘white supremacy’ was on the rise and he said “I don’t really”. All the while his whole political worldview runs around purging outsiders from a ‘white xenophobic’ America.

On the other hand, Modi’s government issued a standard template condemnation letter and egregiously omitted any mention of the victims or the mosques where this hate crime was committed; maybe because they couldn’t be seen as being sympathetic to Muslims so close to the elections.

Both politicians pander to the right-wing sections of the population or the politics of extremist ideology where guns and swords are the norm and everyone not ‘us’ should be done away with.

The New Zealand murderer acknowledged Trump as a symbol of white power and Modi acknowledges his roots from an extreme Hindu organisation, the Rashtriya Swayamsevak Sangh (RSS). Trump blames everything under the sun in America on immigrants and Muslims, which he did consistently during his campaign and now detracts from in public gatherings since he’s become the president. Modi’s rise to fame amongst fanatical right-wingers was his looking away from the communal violence in Gujarat in 2002, when he was the chief minister of the state.

Thus precipitates the question: why don’t right-wing politicians criticise extremist actions? Here is where our emotions pop back in. Right-wing politics has a vein of extremism and for our discussion, let’s define extremism as succinctly as possible.

Almost all right-wing politics is based on certain dogmas, be they racial, religious or ethnic. These dogmas are tweaked to an unbearable extreme so as to create an ‘us versus them’ mindset. This mindset is what causes rational thinking to depart from our normal discourse and lets wild emotions such as hatred and rage run amok. The classic Orwellian ‘double-think’ happens here – we start to break all the rules of our own beliefs in order to coercively enforce them on others.

Since we start feeling that our ideology is the right one and needs to be enforced at all costs, every vile action taken is considered necessary, including the wilful breaking of our own laws. This is true for almost all extremist politics, be it the RSS or Christian right-wingers such as Terry Jones or pseudo-Islamic terrorists like the Islamic State (IS). How can a person or group enforce Islam, Christianity or Hinduism by violating their most basic principle, which is the sanctity of human life?

Once this mindset leaves the realm of the rational, it’s up to emotional perception now. If anyone commits horrendous crimes using the same mindset such as the Christchurch massacre, it’s only natural for extremists to identify with that mindset. After all, we identify only with what we see of ourselves in another person, similar to audiences identifying with a protagonist or antagonist because they feel the character represents some part of them; it’s classic psychology used by filmmakers and storytellers.

People like Trump and Modi will never truly criticise actions like the Christchurch massacre because Trump can identify with the killer’s xenophobia and Modi can easily identify with the killer’s anti-Muslim sentiment, and they both don’t want to lose their ‘friends’ in the arms business. Shocking as it is, extremist politics is on the rise around the world and will continue to do so in pockets.

As a Muslim nation, we are all very impressed by the compassion shown by Ardern. She wore a dupatta and black dress resembling a shalwar kameez to the mourning processions and speeches, invited Muslim community leaders to symbolically address the Parliament and publicly broadcast the Friday azaan and khutba all over New Zealand. It was so heart-warming, seeing humanity come together in a time of distress.

To be brutally honest, Trump has used xenophobia as a tactic during his campaign and continues to do so, with his government working effusively towards building the border wall he promised his voters. He didn’t get the funding he needed, but that doesn’t mean he’s going to back off from it. Modi, on the other hand, is still stoking the fire of Indian nationalism after the recently failed ‘surgical strike’ experiment against Pakistan.

I unequivocally condemn the bombing at Pulwama and pray for the families of the victims. However, sufficient evidence should be provided before ‘revenge’ is exacted. Using the death of soldiers is something unfortunately too easy for hardline governments who are all too ready to use anything under the sun to extend their cause. The hatred spurned by such right-wing politicians whip up entire nations to in turn demand blood, be it innocent or not. If anything unbecoming happens due to this frenzy, these politicians will once again psychologically identify with the killer, quietly issue a tweet of condemnation and then go about their business of spreading hatred.