Amber Heard vs Johnny Depp: Is the credibility of #MeToo and women survivors under threat? 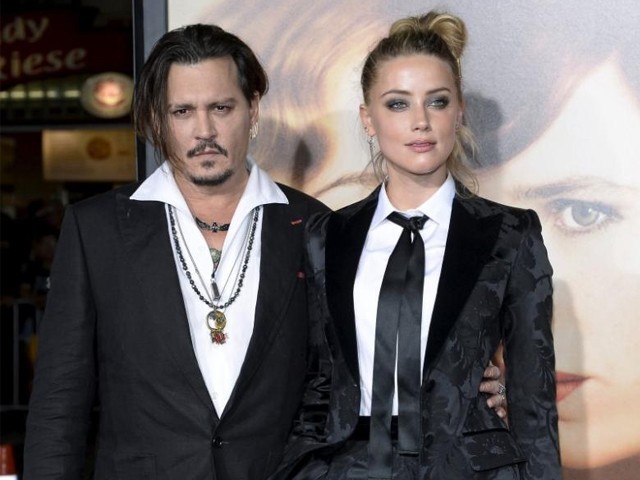 Last week, actor Johnny Depp hit his former wife Amber Heard with a massive $50 million lawsuit, which alleges that Heard’s claims of domestic abuse against Depp were a “hoax” intended to “advance her career”. Not only is Depp arguing that his then-wife’s case was completely fake, he is also alleging that he was the victim of domestic violence.

Depp’s lawyers claim to have a lot of evidence, including almost 87 video surveillance clips from around their home and testimonies of numerous witnesses including the couple’s friends and neighbours.

Even though the court of public opinion has already demonised Heard as an opportunistic liar, it’s important to remember that Depp simply filing a lawsuit does not automatically make his evidence admissible or legit.

There are a lot of reasons a court could refuse to allow Depp’s purported evidence. For instance, a judge could rule that evidence such as the testimonies of Depp’s neighbours or the building security guard, who claim to have seen Heard the day after the attack without makeup completely free of bruises, is inadmissible hearsay.

Moreover, a judge could also say the elevator and lobby surveillance videos aren’t relevant because, again, grainy CCTV footage from five-feet above a person’s face does a pretty poor job at proving a lack of bruising. After all, this is the world of Makeup Forever-full foundation coverage and it’s pretty likely that Heard didn’t simply waltz out of her home without covering up physical signs of the abuse.

Depp deciding to do it will not only be damaging to Heard’s credibility as the face of domestic abuse but also to the credibility of the nascent #MeToo movement.

At the peak of #MeToo, many women have earned the courage to voice out about their pain and trauma. People were standing in solidarity with silenced victims. But in the midst of all that, there are women like Amber Heard who hijack the movement for their own gain.

Indeed, for a high-profile woman like Heard, who became a ‘darling’ of the #MeToo movement after her December 2018 op-ed in the Washington Post, to be called out a ‘liar’ by an equally high-profile man with all the power, money, connection and rage in the world, wrestles back control of a narrative that rightfully belonged to Heard. It also hurts the very credibility, power and strength that have been drummed up by the countless women who make up the #MeToo movement.

Now, even if Heard ultimately wins in court, the damage to her reputation and to her image as the proverbial face of the #MeToo movement has already been done.

You cannot let Johnny Depp’s story of abuse and false condemnation fall through the cracks. And you cannot let #AmberHeard remain unscathed. She has done incredible damage to the #MeToo movement and to the image of real abuse victims. Why do you protect her with your silence?

Indeed, since last year, the nascent #MeToo movement has seen a lot of criticism. According to its opponents, the movement is out of control because of the way it ruins the lives and careers of men who are accused, who are frequently fired from their jobs or lose their families and marriages before any due process of the law can come into effect.

While the lack of due process is concerning and some of these concerns are legitimate, they overlook the hundreds of thousands of women who have benefited because of this movement.

In America, we recently saw the consequences of what happens when a woman’s claims of domestic abuse or sexual assault are not believed. Last fall, despite being the perfect witness with a profoundly moving testimony, Dr Christine Blasey Ford’s allegations of rape were not enough to keep the now-Justice Brett Kavanaugh off the Supreme Court bench.

The same thing happened with the many lesser-known female victims who have called out the horrible atrocities committed by men like Bill Cosby and R Kelly. So far, most of these women have been dismissed as liars, attention-seekers or unfavourable witnesses.

Despite the existence of movements like #MeToo, women are still disbelieved, ignored or even punished. This is a sad yet unsurprising reality that doesn’t just happen high above us all on the scales of Hollywood justice.

Even for regular people like us, it is a disheartening yet dismally universal truth that when a woman’s word is pitted against a man’s, it is just so, so easy for the woman to lose, to be vilified, to be confronted by the torch-bearing masses, to be taken immediately for burning at the stake.

Everyone who’s saying “I feel bad for believing amber heard” really shouldn’t. Generally speaking you should believe the alleged victim, regardless of if it’s a woman or man or anyone. Heard was apparently an exception, but generally speaking believe abuse victims

As a refugee lawyer, a lot of my day is spent working with women who have experienced really physically or sexually violent (sometimes both) situations at home.

For these women, the success of their case in a court will almost always depend on whether the judge (too frequently, a man) thinks that these women are credible, that they are telling the truth since cases involving allegations of domestic violence or sexual assault usually don’t have a lot of evidence. More often than I’d like to admit, these women will lose their domestic abuse or rape cases simply because they are not believed. They are dismissed for the ‘womanly crimes’ of dramatics, theatrics, fabrication, and telling of lies for attention.

while I 1000% support johnny depp and think amber heard deserves to rot, this singular case of the woman being a lunatic does not mean we 'shouldnt believe every word a woman says about domestic abuse' 🤡 this is not a representative example

Recently I came across the words of an American judge that left me stunned. Written in the late 70s during the peak of America’s women’s liberation, one Judge Sutcliffe matter-of-factly writes:

“It is well known that women in particular, and small boys, are liable to be untruthful and invent stories.”

Another piece of writing from the same time period (this one a manual for cops on how to investigate rape claims) notes that “women and children complainants in sexual matters are notorious for embroidery or complete fabrication of complaints”.

This is why Depp’s allegations that Heard is an attention-seeking liar who punched herself in the face so that she could become the proverbial face of the #MeToo movement or Ali Zafar using Depp’s lawsuit to prop up his claim that Meesha Shafi is obviously an attention-seeking, lying louch are so much more than just high-profile celebrity battles.

Both of these cases are prime examples of centuries of barely-disguised misogynist acts towards women who dare accuse men.

Of course, the damage that Depp’s claims against Heard will cause is not going to be immediately obvious. His case will likely move through the courts at a glacial pace and news about this lawsuit will, inevitably, be replaced by the next piece of breaking news. Or, more likely, both Heard and Depp will, in attempts to salvage their careers, decide to settle this whole thing out of court and the world will never know just how strong Depp’s evidence was or what really went on with the two behind closed doors. Which, to be honest, is a damn shame.

Because as someone who has too frequently looked into the vacant, expressionless faces and blank eyes of victims of abuse, I cannot think of a single more frightening thing than a world where men get to use their power, money and connections to first abuse then bring into question the credibility of women.