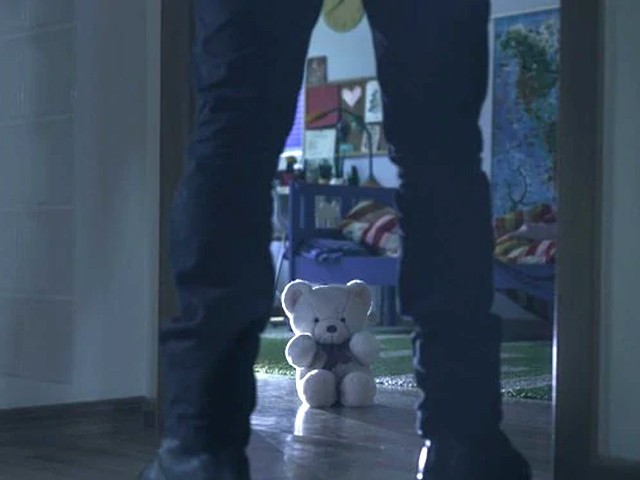 Even though paedophilia is a psychological disorder, it doesn’t exempt such individuals from punishment for ruining someone’s life. PHOTO: SHUTTERSTOCK

What would you call an adult who abuses children for sexual and/or romantic gratification?

According to the United Nations Convention on the Rights of the Child (CRC), a child is a human being less than 18 years of age. Going by the CRC’s definition, the global authority for all mental health practitioners, the American Psychiatric Association, has set a particular criteria to diagnose someone as a paedophile.

Perhaps, the most apt example of a paedophile from recent times would be the pop music icon, Michael Jackson. The recent documentary, Leaving Neverland, does an excellent job of laying out the signs of a paedophile for us.

A classic paedophile is someone who is a ‘favourite’ amongst children. Kids and their families would consider them very lenient, patient, accommodating, childlike and fun. They are good at inventing games, telling stories, or in short, doing anything that engages children and keeps them coming for more. And while they do this, they identify the most gullible child as their target.

Usually, paedophiles work closely with children, or engagement with children is a regular part of their routine. Despite their qualification or experience, they will oddly be working a job around children; jobs that for many people would seem like an inconvenience.

For instance, a patient’s butler hailed from a village in Mansehra and had an entire family residing over there. He got an entry-level public service job near his village, yet he preferred to work in Karachi and abuse my patient, who was a four-year-old boy at the time.

As the documentary about Jackson unfolds, we see the ways in which he slowly engaged the boys in abusive acts and how he imposed a sort of guilt on them by offering incentives for being abused. This is aptly depicted because most paedophiles engage the children slowly into the act and abuse them repeatedly over a phase of time. Psychologically, they see these children as adults and offer them money, toys, food and other incentives.

One of the survivors of Jackson’s abuse claims that Jackson even conducted a pretend wedding with him and used to offer him jewellery, amongst other incentives. Sneaking around with the kids gave him a sense of rush, just as sneaking around while dating gives a rush to other people.

Moreover, it is very common for survivors of child sexual abuse to face victim-blaming. But it is important to know that more than the society, the survivors end up blaming themselves.

However, the truth is far from this. There is no way in the world a child can consent to any form of sexual abuse, even if their body shows signs of arousal and they experience pleasure. According to developmental psychologists, a child’s moral development is a long process and is fully developed long after the age of 18. Therefore, there is no way a child can understand such rich and complex concepts of abuse.

Also, children learn by imitation. They imitate literally everything in their environment at least once. It is not uncommon for children to imitate the behaviour of their perpetrator at some point, which a paedophile often sees as reciprocal behaviour and assumes consent.

The backlash that Jackson’s survivors have received from the pop icon’s fans is sadly an analogy of what happens in a normal Pakistani household. For instance, one of my patients, Sadiq*, was sexually abused by his paternal uncle for 10 years, starting from his fifth birthday. When Sadiq, at the age of 11, told his family about the entire situation, he was put to shame:

“Shame on you! How can you accuse such a pious and Haji like him with something so lewd?”

The shame Sadiq felt due to the harsh tone of his parents never left him. That uncle continued to enjoy family lunches and prestige in the society, while Sadiq served him a tray full of mithai and other delicacies on family occasions. Sadiq feels that he may never let go of the shame. When the uncle died, a huge funeral was thrown. With the burial of his uncle, his abuse was buried as well. Forever.

Paedophiles usually mask themselves as respectful individuals, which is why it is difficult to call them out in a society that holds them on a pedestal. This needs to change, and we need to listen to our children more than anything and make sure they trust us enough to confide in us.

Even though paedophilia is a psychological disorder, it doesn’t exempt such individuals from punishment for ruining someone’s life. There are a lot of people who do suffer from paedophilia but choose not to act on their impulses and abuse anyone. Some do engage in child pornography and the therapist community treats them with compassion and without any judgement. There are even those who repent and claim they want to change themselves. As a therapist, I can say we can make this possible to a fair extent with therapy.

In Pakistan, paedophilia is very common and is especially rampant in Khyber Pakhtunkhwa (K-P) and Balochistan. There is even a documentary made on the sexual abuse of young boys in the province of K-P called Pakistan’s Hidden Shame. The male child that is abused is often considered a source of pride by the abuser and is shown off like a trophy in social gatherings.

The recent harrowing cases that came out of Kasur, Punjab also unmask the frightening reality that our children are unsafe. Therefore, we need to accept that paedophilia is a psychological disorder and not a thing of the West. These people should be punished, however, there also needs to be prevention strategies in place for people that show signs of paedophilia. The only way to actually treat this problem is to try and solve it from the root and that is exactly what therapy does.