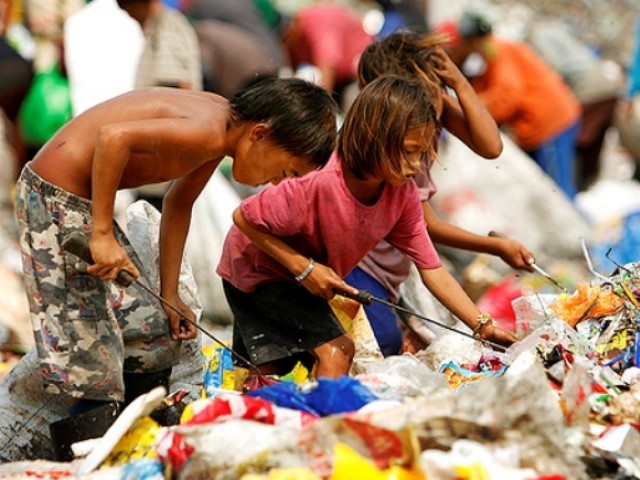 Incidence of poverty, mis-governance and massive corruption are common to the Philippines. PHOTO: REUTERS

While we’re still arguing about whether there’s life after death, can we add another question to the cart? Is there life after democracy?

On March 13, 2011, outspoken Indian writer, critic and essayist Arundhati Roy was supposed to dilate on this subject at the prestigious International House of Japan, Tokyo. The destructive tsunami two days earlier, however, swept this programme as well. The massive destruction threatened to knock off the Asia Leaders’ Fellowship Programme (ALFP) as well. But the will and sheer hard work of the meticulously organized Japanese prevented this year’s Programme from falling apart.

And when seven fellows – from Asian countries – got together on September 12, Ms Roy’s intriguing and surreal question on what-after-democracy sounded real.

One after the other, fellows from the Philippines, Vietnam, Pakistan, Sri Lanka, and Indonesia gave bleak presentations.

The fellow from Japan spoke about problems of a different kind; hyper-aged society, declining population and concerns about the sustainability of the social welfare system that has guaranteed a high-quality life to all Japanese.

The Chinese lady, too, partially spoke of similar concerns, but explained the big strides her country had made in the last 20 years. She also underscored corruption as a big menace but said that “whoever is caught must also face consequences.”

Unsurprisingly, the narratives on Pakistan, Philippines, Vietnam, Sri Lanka and Indonesia  sounded common; incidence of poverty, mis-governance, massive corruption and cronyism of the  self-serving ruling elite, (mis) rule of law, collusion of politics with crime, the nexus between militants and crime, unemployment, and expedience of politicians in these countries.

It seems the hapless poor people of these countries share the same destiny. Presidents of the Philippines and Sri Lanka, we were told, are surrounded by cronies, many of who are part of callous political-criminal alliances.

Pakistan and Indonesia face an additional challenge; religious militancy and radicalization of thought. In Indonesia, our colleague from Jakarta told us, some of the districts, including the Bande Aceh region, have introduced some 130 regulations to regulate the lives of Muslims according to the Sharia – a direct result of the expedience of the big parties which acquiesce into demands by religio-political for the sake of electoral gains.

This means the teeming millions in these states remain at the mercy of a self-serving, criminalized ruling elite which breaks and bends laws to suit its own agenda.