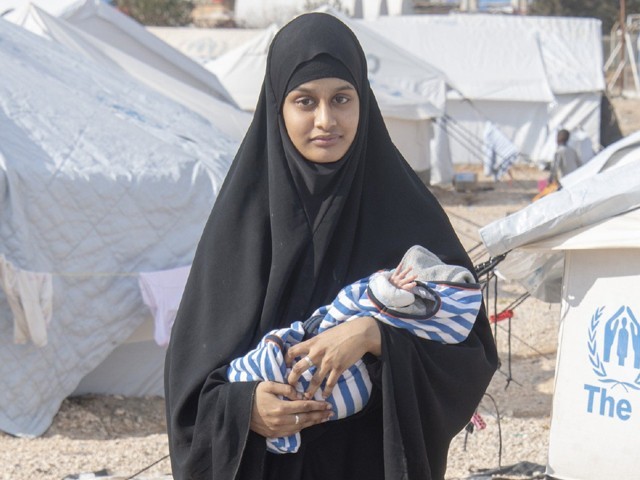 The events of 9/11 were not restricted towards the US only; they changed the whole world, including the thoughts of my generation. I was merely an 18-year-old who had recently finished college back then and was looking forward to pursuing journalism.

This was not the era of electronic media in Pakistan, so the only way we could get updated was by relying on cheap newspapers. With the kind of content I went through during the first couple of years of the Afghan war, anyone my age would have easily fallen prey to the menace of extremism and militancy. And I sadly admit I did too, for a while.

I started growing a beard and wearing a black turban. In those days, the government did not cap and scrutinise the weekly sermons in the mosques, which ultimately made up my mind to find someone to go with to participate in ‘jihad’ in Afghanistan. As I belonged to a rural village bordering India and a martial family with generations of military service, I was fully trained at home on AK-47 assault rifles, shotguns and glocks.

When I finally gathered the courage to ask my parents for their permission, my late mother instantly refused. She wished me to complete my education first and then do whatever I wanted. I believe she knew the books would change me. I obeyed my mother, and the more books I read, the more the urge to take up arms was replaced with the urge to fight with logic and pens. It finally dawned upon me that words had more power than bullets and bombs.

I have another confession. As I belonged to a generation that experienced violence in the Muslim world by foreign powers, I believed all white people to be racist towards non-whites and especially towards Muslims. It wasn’t until I reached Britain for further studies that I realised how much I had misunderstood its people.

I reached Britain only a few days after the 7/7 London bombings in 2005. As racism rose sharply in the county after it, I too was subjected to quite a few racial slurs. In late September 2005, as I was walking down the Maidenhead High Street, a group of partially inebriated white men sitting outside a pub hurled slurs at me. Their exact words were,

“Hey Muhammad Jihad, come and fight us, we’ll teach you what chopping the head means!”

I stopped instantly, stunned. Facing them, I felt they had addressed me with exactly who they thought I was. They called me Muhammad because I was brown, and Jihad because they thought it was the word for extremists. As I stood there in shock and gazed at the wannabe head-choppers, I heard more voices near my ears. I looked around and found sane heads standing shoulder to shoulder beside me, shouting back at the racist men. To my great surprise, they were also white.

They stood for me, rather than standing across the street for someone who looked like them. That was the day I realised it is not about skin colour, but rather about the good versus evil that exists in every society. And that was the day I also realised that the British society I was living in had more good to offer me than it did evil. I was lucky enough to not let the racism drag me back to my old self, mainly by attaching myself to education and finding positivity in both Pakistani and British societies. Had I not found the support I desperately required, I too could have become a beast shunned by society.

This brings me to Shamima Begum, and while her story is entirely different from mine, I do believe she could have been saved from falling prey to the menace of extremism. As a 15-year-old, the age at which she was brainwashed and left Britain was too vulnerable; sadly she landed in the wrong hands and no one could save her until it was too late. But it wasn’t only her family’s responsibility to save her; I hold Britain as a nation equally responsible for not saving its daughter, if she was even considered to be that once.

Those advocating against her returning to Britain believe she poses a threat and would possibly radicalise many like her once she comes back. However, they need to understand that this would only be possible if she is left to herself once again. Britain must trust its unwavering justice system to bring Shamima back, put her through a trial, listen to her and then punish her for her crimes. This would be going about it the right way, and would also make Shamima an example for anyone considering following a similar path in the future.

One cannot forget how young and impressionable she was when she left with her two friends in 2015 to join the Islamic State (IS). She was not even the first one to do so, and the process of this evil development must have taken time. The process of radicalisation is never consistent; it passes through many ups and downs. I firmly believe that had there been someone to guide her out of this process, she would have responded positively while she was passing through a down phase.

And yet her Bethnal Green School couldn’t save her. The police questioned her once when one of her friends left for Syria to join IS in 2014. Law enforcement authorities failed to keep an eye on her activities during that time; if they had, perhaps they could have saved her as well.

Moreover, those who argue she should be sent to Bangladesh – a country her parents left and one she has never even visited – need to know that this would be utterly discriminatory towards not only Shamima but millions of other British citizens born to alien parents in Britain. It would deepen the divide between white people and people of colour, because we know this would not be the treatment had Shamima been white. Shamima must not be deemed a British subject of a lesser Queen.

For the last four years, Shamima has gone through constant misery and brainwashing. She has lost three kids in her already innocent cradle. If Britain wants to judge her based on her interviews alone, it is highly mistaken and is being unfair to her. Shamima had already been disowned and neglected by British society on several occasions; rather than getting disowned once again, she needs to be embraced and rehabilitated.

A relevant example is of Pakistan, where a medical student from Hyderabad called Naureen Laghari became prey to the IS brainwashing cell. She was a bright student and a daughter of a university professor with a great future ahead of her. She too was radicalised at a young age and left home to join terrorists, only to be captured alive when trying to conduct a suicide attack. After thorough psychological evaluation and interrogation by intelligence officials, she was released in 2017 without any charges but was kept under tight cyber as well as travel surveillance. Two years on, she has reportedly successfully rehabilitated and is moving on with her life. Indeed, her case is an example to be followed in how to proceed with Shamima.

Britain is once again on the same crossroads I experienced nearly 14 years ago. In today’s Britain, the victim is Shamima and she awaits someone to show her there is more good than evil in British society. I hope Britain would once again prove it deserves to be called ‘great’.