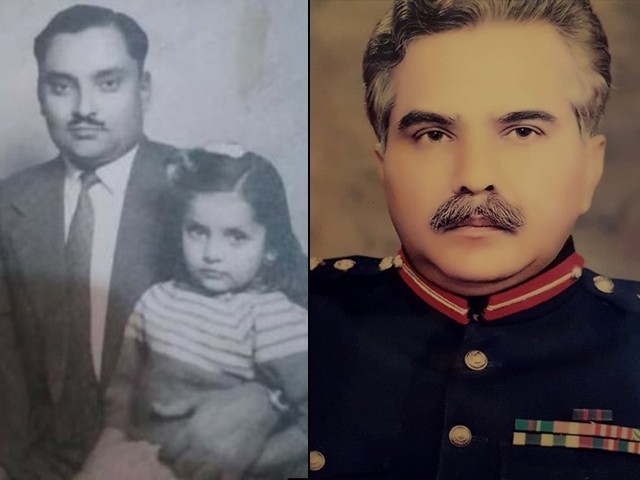 My father, a war veteran already, received many awards, including the Sitara-e-Imtiaz by the Pakistan Army, and retired as a Brigadier himself, just as his father-in-law did. PHOTOS: SABEER LODHI

Lieutenant Colonel Shuaib was posted in Bahawalpur, West Pakistan when he was informed of his new assignment in East Pakistan as G1 to a three-star General. This was in the late 60s, when tensions were high between the East and the West wing of Pakistan.

As is usual with army postings, he packed up and left to report to his new posting. His family of six – a wife and five children – were supposed to follow him soon. As fate would have it, before his family could arrive and the house could be furnished with belongings that would later be looted by civilians, he became a Prisoner of War (PoW) after the fall of Dhaka.

In Agra, Shuaib, like dozens of other Pakistan Army officers of his rank and higher, was kept in a small, dark, isolated cell where he couldn’t even stand to his maximum height. This special treatment of solitary confinement was meted out to break the spirit of senior officers while the junior officers were often subjected to harsher, more crude forms of psychological and physical torture.

In his cell, Shuaib had to knock on the locked doors for hours before being heard for his needs. The cell had no lights and the only giveaway of day from night was a small window near the roof. That, or the once-a-day meal served from a small crevice in the cell door; half-cooked rice with a dash of yellow lentil.

Many years later, sitting in his retirement home in the garrison city of Rawalpindi, he recalled how the only thing keeping his spirit intact during that testing period was the belief that one day he would be back in Pakistan and reunited with his family. 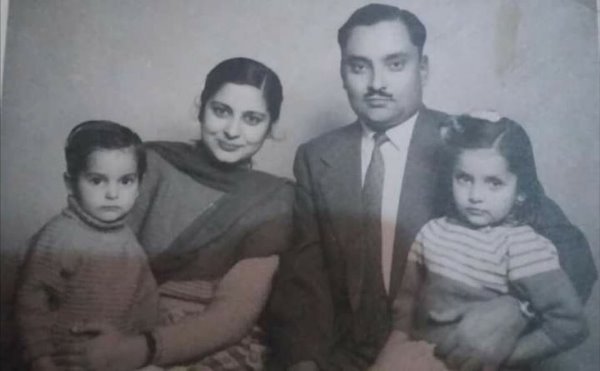 Brigadier Shuaib with his daughter Lubna on his lap

Back home in Lahore, his family spent these days in agonising distress. Was he alive? Why didn’t his name show up in the released list of PoWs? His eldest daughter – my mother, Lubna – recalls being in the sixth or seventh grade and narrates how her mother used to lose consciousness out of worry while listening to the news on the radio.

Families of the PoWs were given small quarters in the Lahore garrison area; there was a sense of community and mutual loss in that neighbourhood. The women and children kept praying for a miracle to happen and the men to return, but no one knew what was to happen. The nation was still recovering from the trauma of having lost half of its body, and politicians on both sides were talking in the usual befuddling manner.

My mother recalls how every time my grandmother would faint, she would tell her younger siblings to look after their mother as she ran to the house at the end of the street. There lived an army doctor’s wife, half a paramedic herself due to the time spent with her husband. She would rush to help the children bring their mother back to consciousness, until my mother learnt to do so herself. All this was while they continued hearing horrible rumours about their father’s well-being.

They would sit around the radio to listen to the messages from the PoWs that were broadcast from the Lahore Radio Station. Read in the radio presenters’ voice, the women pretended they were real messages from their husbands languishing in jails – but there was never one from Colonel Shuaib. 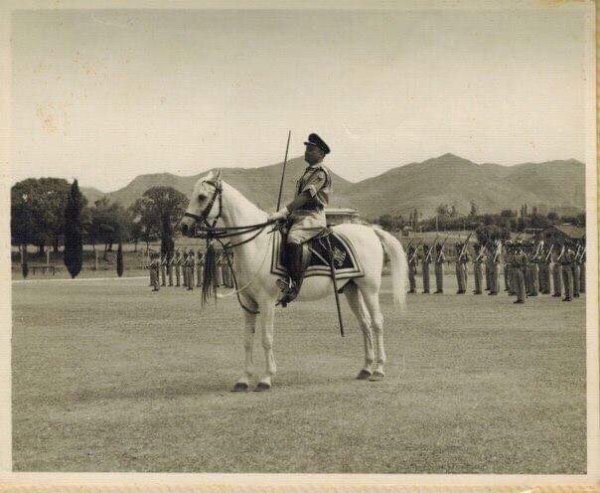 Back at Agra prison, eight months later, Colonel Shuaib was finally shifted along with other PoWs in joint barracks; a relief, as they could now communicate with each other. His family finally received a postcard from him, where the typed field was in English and Hindi and he had neatly written the names of all his children. No expression of personal emotion for his wife or details on how he was biding his time; this postcard had to be handed over to jail authorities without an envelope and thoroughly scrutinised for any hidden messages by authorities on both sides before finally making its way to the family.

My mother still recalls how he would draw some cartoons and flowers to make these rather bland looking impersonal postcards, and they would cherish each one for a long time, even after he had returned. During the almost two-and-a-half years of his imprisonment, the family received four such postcards; reminders that he was still alive.

Finally, towards the end of 1973, PoWs started returning home under the population transfer agreement between India, Pakistan and Bangladesh. On a sunny morning in July, Colonel Shuaib arrived at the Wagah Border along with a batch of two dozen other Pakistani soldiers, and their families were there to receive them in their best clothes.

Later, Brigadier Siddique Salik, a Major at the time of the 1971 war and a PoW himself, wrote a book titled Hama Yaran Dozakh (In hell with my friends). Incidentally, he was also with General Ziaul Haq when his plane crashed over Bahawalpur. In his book, he narrated and commended my grandfather’s high spirit and bravery as a PoW. 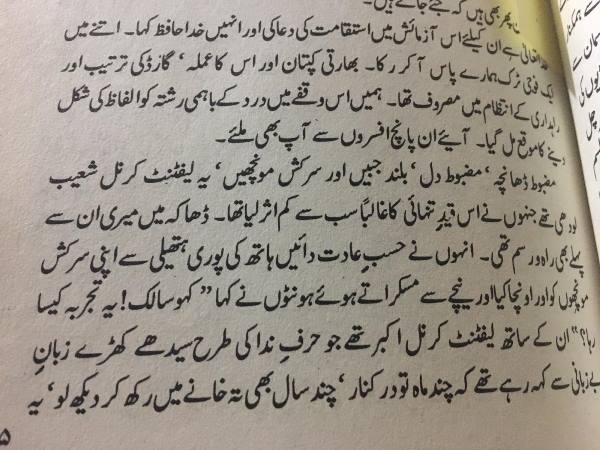 An excerpt from Hama Yaran Dozakh

My grandfather re-joined the Army upon his return and went on to serve for many years, finally retiring as a Brigadier in the late 80s and passing away peacefully in 1996.

In another household in the early 60s, Shahrukh Lodhi was born to a financially humble family of seven members. As narrated by his mother, he was the brightest of her five children with high aspirations. In 1969, 19-year-old Lodhi joined the 44 PMA Long Course as a young cadet and was commissioned as second lieutenant in 1971. Second lieutenant is the first rank of a commissioned officer in the Pakistan Army. Soon after he was moved to 12 engineer battalion.

A war had broken out. East Pakistan was up in flames.

The battalion was airlifted to Dhaka. Lieutenant Lodhi was tasked to protect a powerhouse in the northern side of Dhaka that provided electricity, which had earlier been attacked by the enemy. The officer was only given a jeep and 20 soldiers to undertake the task, which was fulfilled successfully despite his inexperience in battle and limited resources. He remembers seeing death and destruction, especially dead bodies in a nearby river of the Bihari clan who were thought to be spies of the Pakistan Army. But he had high spirits, and the need to protect what was then East Pakistan and its civilian population kept his and the other soldiers’ morale high. 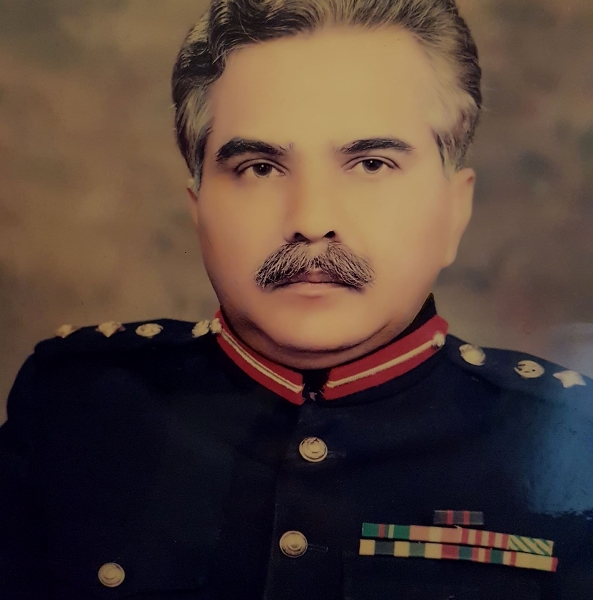 Back home, his mother feverishly prayed for his success and his and the battalion’s safety. Once back in Lahore, in an unexpected twist of events, his mother was introduced to Brigadier Shuaib’s wife, whose family was now posted in Kharian. As luck would have it, both families took a liking to each other and decided to marry Lubna to the young Captain Lodhi.

Captain Lodhi and Lubna are my parents. My father, a war veteran already, was sent on deputation to Saudi Arabia later on, received many awards, including the Sitara-e-Imtiaz by the Pakistan Army, and retired as a Brigadier himself, just as his father-in-law did. He continues to inspire us with his wit, far-sightedness and intelligence.

History is often distorted through bias, lack of information or incomplete research done through secondary sources. But primary sources, such as testimonies, remain integral in documentation, especially after time removes layers of any potential bias. People often forget the humane element of a war, but the testimonies remind proponents of war to not forget its effects on families, its young soldiers and what other victims of war go through.