Masjids and more: An American in Lahore 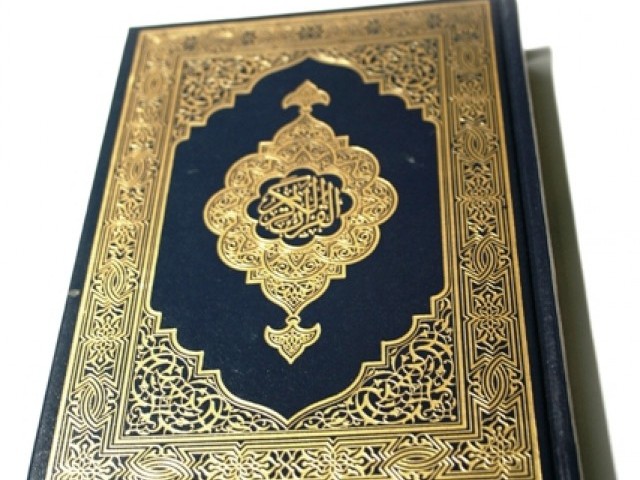 I absolutely adore the Quran. It is my favorite text in the world, bar none.

As an undergraduate in college, I spent almost every waking hour learning Arabic—if I wasn’t in my daily Arabic class, I was practicing the language with my peers over a warm cup of coffee. We were given a hefty amount of homework each night, and the wee hours in the morning always found me in the library with my head buried in my Arabic textbook. Still, the effort was worth it, because after three years of learning the language, I was able to do what I had always wanted; read and understand the Quran in its original language, Arabic.

If I may be so blunt, I absolutely adore the Quran. It is my favorite text in the world, bar none. By the end of my third year of Arabic, I was regularly attending the nearby masjid to learn linguistic tafseer in Arabic from the well-loved local Imam.

Did I mention that I am an American? Or, that the university where I studied Arabic lies in the capital of the United States of America? Or that the mosque I attended is located in the heart of the country and probably no more than a thirty minute walk from the White House?

In Pakistan, people are almost always shocked when they discover that I am an American who can read Arabic, that I understand a sizeable portion of the Quran, and that I get excited when speaking about the religion.

Put simply, they are surprised that I, an American, love Islam. After a few months of living here, I realized that perhaps some Pakistanis believe being American and loving Islam are two highly contradictory things.

This came as a major culture shock to me. In the United States, it seemed like a no-brainer that I, a proud American, was learning about Islam.  Few people even thought twice about it. In fact, many of us non-Muslims at Georgetown found Islam, its creed and practices quite attractive. Those of us enrolled in intermediate Arabic—a large percentage of the student population—frequently requested our professors to give us hadith passages to read for homework. Our university’s Muslim Student Association Iftar’s were one of the most popular events on campus—the “place to be” at sundown for both Muslims and non-Muslims.

Even outside of Georgetown, no one gave me a hard time for learning Arabic or for trying to read the Quran. Some people did think it was strange, but no one ever dared say to my face that I was being “un-American.” They would simply shrug and mutter:

“Well, this is America. You can do whatever the heck you want.”

That is not to say the American government or society is always tolerant towards Muslims. Unfortunately, this is far from the truth. As a previous President of Georgetown’s Students for Justice in Palestine, I know intimately how unjust American foreign policy towards Muslim communities can be. As I had many Muslim friends at Georgetown, I saw firsthand their pain when they spoke of brothers who had been detained by the government without charges. I have hung my head in shame more than once at my fellow Americans’ intolerance towards Muslims—a breach of the principles of tolerance our nation stands for.

However, just as the American media often misreports on the situation in Pakistan, various news channels in Pakistan also misrepresent American society. In American media, you rarely hear about the other side of the story of Pakistani society. You only see, as my Pakistani friends put it, “bombs, guns and radicals”—never the rickshaw walla’s trying to make a living, the women who have jobs outside their homes, and the rich history of cultural centers like Lahore.

The same is true for the Pakistani media portrayal of America. It is true we have citizens who protested the construction of a masjid near Ground Zero, who complained that Obama could be Muslim (though, as my Jewish American friend once said, “Who cares if he’s Muslim as long as he’s a good president!”), and who do not respect the Quran as the sacred text that it is.

But let’s be fair. We, too, have “another side” to our American story: the Georgetown students happily reading hadith passages, the young undergraduates observing roza and breaking their fast with their Muslim American friends, the Jewish Americans who do not care what religion their President is, and of course, that Georgetown student who learned Arabic for three years in the hopes that one day, she would be able to read her favorite Book.

A recent graduate from Georgetown University’s School of Foreign Service who is currently living in Lahore, Pakistan.

Discrimination is not funny

An American in Lahore: Pakistan saved me