Evolution is false…and the Sun goes round the Earth 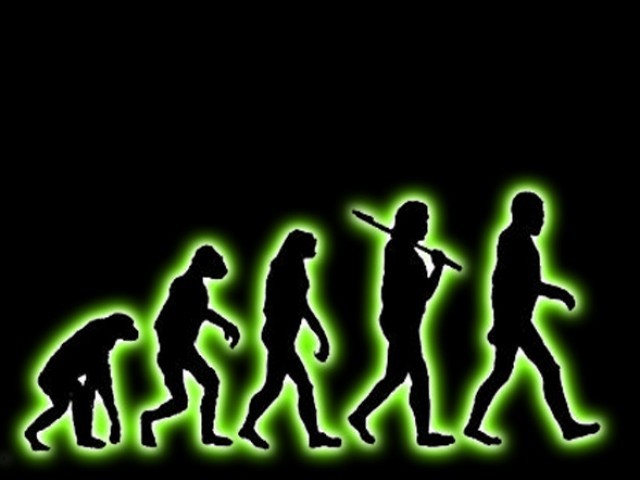 Evolution is a scam by evil scientists out to disprove Creation? Hardly. Its time to grow up and update our world-view. PHOTO: JAHANZAIB HAQUE

The Express Tribune received this letter to the editor recently, and I have taken it upon myself not only to reproduce the letter in full, but to reply to it in full as well.

What evolutionists stumble over in their beliefs about evolution is, given enough time, any change is possible.  The more time, the more plausible the theory.  Sounds so reasonable, doesn’t it? But that doesn’t address the more important  question that asks about the mechanism that causes change. There isn’t a scientist in the world who can explain or demonstrate the step-by-step mechanism that evolved, for example, the intricate system of web production by spiders, the interlocking barbs and hooks that hold a bird’s feathers in place, or the more complex components of DNA.  Instead, they keep telling us their working on it as they try to market the world with “appearances” of evolution using fossils and similarities.  But time is the real hero of evolution, and without it, theory dies violently.  The objective of evolutionists, wittingly or unwittingly, is not so much to disprove creation, because it runs contrary to scientific wisdom, rather its Intelligent Designer/Creator to whom all men are accountable.

Since you have been kind enough to send over a letter, let me address it properly and suss out the matter at hand.

Let us look at some of the assumptions that you have made in this letter of yours:

Assumption one: “What evolutionists stumble over in their beliefs about evolution is, given enough time, any change is possible.”

No. That is not how evolution works. What evolutionists (which includes the vast majority of scientists across the world including 80 per cent of Pakistani doctors surveyed in the United States) know for a fact is that evolution is not a series of random, clumsy mutations in which “any change is possible”, but a meticulous selection of only the best traits that allow a species to survive and flourish. This very specific gradual selection is determined by the environment over time at the level of the gene. We are thus unlikely to see humans randomly grow an arm out of their head and flourish as your understanding of evolution suggests.

Assumption two: There isn’t a scientist in the world who can explain or demonstrate the step-by-step mechanism that evolved, for example, the intricate system of web production by spiders, the interlocking barbs and hooks that hold a bird’s feathers in place, or the more complex components of DNA.

You haven’t been keeping up with your science, or worse, your science is dictated by frauds like Adnan Oktar alias Harun Yahya who writes many popular books on Islamic Creationism (but is also a notorious character in Turkey, in and out of courts, in the news for harassment and blackmailing, conspiracy theorist extraordinaire, and – cherry on the cake for Pakistani mentality – gets the Turkish government to block sites for blasphemy).

If you are one of his admirers (as suggested by your choice of examples), you may as well stop reading now – sifting through evidence is not the forte of cultists. In case you aren’t however, and have merely been misled, let me direct you to some research that may get you up-to-date on the mountain of evidence in support of evolution:

2 The evolution of bird feathers in all their complexity

3 The creation of the complex components of DNA

If you are talking about how to actually create DNA or life, you are aware that scientists have made living cells in their labs using computers right?

A couple of things you will note:

A: The sources of the videos are all well-accepted experts in their fields and well-recognized unbiased media, unlike say, mullahs and clergymen who (perhaps ‘experts’ in religion) suddenly leap over their expertise and have a go at science.

B: The extraordinary claims made in these videos are always followed up by rather boring, but rather good facts; examples and evidence to back those claims, rather than an empty “believe this because I say so and this is just how it has to be.”

Assumption three: they try to market the world with “appearances” of evolution using fossils and similarities.

Hira, if you skipped actually watching the videos above, I believe we have found the problem with your assumption of scientists using fossils as ‘false’ evidence i.e. you do not have the time and patience (or inclination) to actually sift through evidence and see how it works. I don’t blame you, most of us don’t. However, most of us are not rubbishing facts and data either, so if that is what you are preparing to do, please do your homework. You cannot challenge a position if you prefer taking the easy way out of simply ignoring all data that does not fit your world view.

Alternately (and this applies to many of us) we may not have the capacity to comprehend all the data as science is a very complex field with now thousands of branches and specializations. When faced with the challenge of comprehending the evolutionary process most of us just turn to layman answers and leave the actual science to the experts. If you are not comfortable with this, I suggest you pursue a degree in science and specialize in evolutionary biology and then take up this assumption again.

Assumption four: The objective of evolutionists, wittingly or unwittingly, is not so much to disprove creation, because it runs contrary to scientific wisdom, rather its Intelligent Designer/Creator to whom all men are accountable.

In this sentence I believe we have finally uncovered the real issue at hand i.e. science in itself is not objectionable (we hear no complaints about the periodic table or quantum physics), but it is objectionable in biology when it seems that science is eradicating the role of God as the creator of the universe, and us.

However, your argument is flawed in two critical ways.

One, it makes the assumption that evolutionists, knowingly or unknowingly are out to disprove a creator of the universe. This is incorrect, as the scientific mind (and method) is based on a very simple process of testing a hypothesis, attaining evidence to back the hypothesis and postulating a theory that can then be used to do miraculous things like travelling to the moon (courtesy the theory of gravity, now generally accepted).

Scientists are concerned with their field, just as a plumber is concerned with his clogged sink; they are both there to study and if necessary, fix. The question of whether that sink and the processes that make it work or make it choke are run and dictated by God is not what is being investigated, which leads me to the second very flawed, and frankly obnoxious assumption inside your arguments: do you really know all the processes by which God undertakes creation? If evolution is one of those processes, who are you to deny it?

To me it seems that a religious mind (which is ultimately the basis of your argument) should quite easily accept that there are fundamental laws governing the Universe and as humans investigate these further, all that is being uncovered is the mechanisms by which God acts. If anything, to a religious mind, the sophistication yet simplistic elegance of the evolutionary process should suggest the hand of God, no? Would you after all deny in this day and age that the Earth revolves around the Sun?

At one point in history, religious dogma did indeed dictate that the Sun revolved around the Earth, but Galileo set the facts right. He postulated a theory that the Earth revolved around the Sun, and was severely persecuted for this, but in the end we humans did indeed accept this to be true. To the religious mind of today, this one-time uncomfortable thought now sits as simply the way in which God created the universe.

Unfortunately, this is where my reply to your letter must come to an end, the rest is up for you to research, to ponder and perhaps change your mind, or more likely, as a dear friend of mine would say:

“As soon as you explain one misunderstanding to a creationist they come up with another.”