Mythbusting Pakistan: The reality of Asia’s most resilient nation 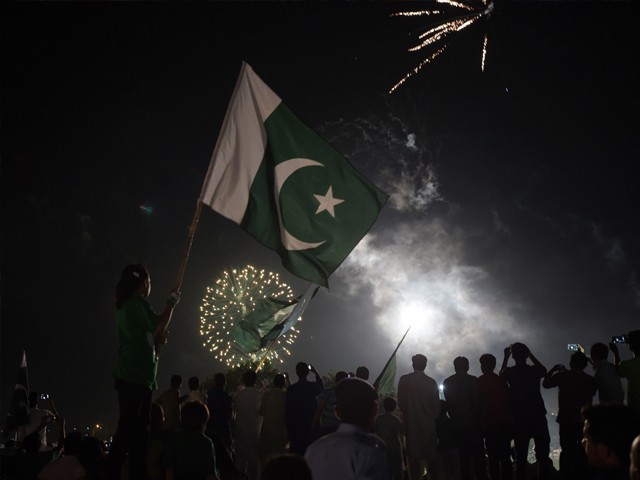 Whenever the Kashmir crisis re-enters international headlines, India’s perpetual narrative regarding the Pakistani state tends to get amplified outside of South Asia. Unfortunately, Pakistan typically does little to counter the propaganda in a point-for-point manner.

Below are some frequently repeated but unsubstantiated and materially false accusations against Pakistan (almost all of which are Indian in origin), following explanations of the truth behind the matter.

Such accusations require lots of proof. When it comes to detailing such proof, Wikileaks is a good source. This is because Wikileaks has a well-documented record of exposing regimes which in fact do fund terrorist groups, as well as a strong record of exposing war crimes committed by various regimes throughout the world.

Fortunately, there is a lot of information on Pakistan contained in the United States diplomatic cables leak which was first published by Julian Assange’s organisation between 2010 and 2011. A summary of the leaks demonstrates a high level of confidence in Pakistan’s military by US officials who were otherwise skeptical of Pakistan’s then Pakistan People’s Party (PPP)-led government.

This should not be surprising because while the Pakistan Army excelled at repelling terrorist onslaughts that could have otherwise destroyed the entire nation, the PPP government was effectively useless.

Fortunately since then, Pakistan’s governance has greatly improved. Even in the early 2000s, US officials privately admitted that Pakistan’s military was a strong counter-terrorist force, rather than the terrorist funder and enabler that India consistently accuses it of being.

Even a sensationally headlined article from the Times of India called ‘Wikileaks: Pakistan, the world’s nightmare’, fails to mention any linkage between Pakistani state institutions and terror groups. In hindsight, the article actually vindicates the position of the Pakistan Army and the Inter-Services Intelligence (ISI).

The November 2010 article reveals that American allies at the time were worried that non-state terror groups would take over Pakistan. Owing to Pakistan repelling these terrorist forces, the fears of 2010 have been rendered redundant.

Finally, in 2009, Wikileaks published internal emails from the pro-Washington US-based think tank, Stratfor. Here, it was thought that Pakistan’s intelligence was trying to promote the Khalistan movement in Indian Punjab. As expected, nothing came of the fears expressed in the Stratfor emails and today, the biggest centres of pro-Khalistan activism are NGOs and unaffiliated activists in Canada and Britain – not in Pakistan.

2. “Pakistan allows terrorists to operate on its soil”

All nations are in danger of terrorists operating on their soil and in this sense, there is nothing exceptional about Pakistan. What is exceptional is how Pakistan’s duel-track approach to counter-extremism has turned the once ungovernable Khyber Pakhtunkhwa (K-P) province into a place capable of good governance and economic renewal.

While the Pakistan Army and intelligence worked for decades to stem the tide of terrorism in what was once called the North-West Frontier Province (NWFP), 2013’s provincial election saw the dawning of a new era in the politics of what after 2010 became K-P.

In 2013, Imran Khan’s Pakistan Tehreek-e-Insaf (PT-led a regional coalition government which emphasised the need for civil institutions to work hand in hand with the Army and intelligence. The purpose of this was to eradicate the extremism that took hold of the province after terrorists from Afghanistan flooded the area post the US war on the Afghan Taliban government which began in 2001.

The K-P of today is very different from the K-P of the past. In Imran’s own words, the people of K-P do not give politicians second chances as they know that the difference between good and poor governance can literally be a matter of life or death.

Today’s PTI majority provincial assembly continues to oversee expanded opportunities in the realms of education, medical care, the improved status of women and the elimination of local warlords and Afghan-born terrorist leaders. These leaders in the past used a combination of material bribery and blackmail to stifle the freedoms of the population and retard the progress of healthy state institutions.

This is a clear example of Pakistan fighting terror with a ‘root and branch’ approach and it is one that now serves as an internationally acknowledged model for counter-extremism.

In Pakistan’s south-west Balochistan province, the country has for decades faced terrorism from the Balochistan Liberation Army (BLA) whose links with both India and the USSR (in the 70s and 80s), were well known.

While the BLA still remains active owing to its relationship with some foreign regimes, the group is far weaker than it once was. Furthermore, the economic renewal of Balochistan , owing to the Chinese-funded Gwadar port, which forms the southern terminus of the China-Pakistan Economic Corridor (CPEC), has led many ordinary people to join the fight against political extremism and anti-state violence. This ensures that they can enjoy the peaceful and prosperous future that CPEC and related development projects can bring.

There are, however, still some small al Qaeda linked cells in parts of western Pakistan. This itself is largely the legacy of the disastrous Soviet and American wars in Afghanistan.

Contrary to much Indian propaganda, al Qaeda and all related groups are proscribed as illegal by Pakistan and hundreds of Pakistani soldiers have been martyred in the fight against an international terror group that unfortunately still has members across all continents.

Pakistanis are fully aware of the dangers of such a terrorist presence and as such are well prepared to fight this terror either alone, or with an honest and transparent partner.

3.“Pakistan is run by its Army”

The history of armies leading countries out of dark periods and into those of renewal is well-established throughout modern history. At a time when modern Turkey was threatened with western-directed colonialism on all sides after 1918, it was Mustafa Kemal Atatürk’s Turkish National Movement that reclaimed Turkey’s dignity and helped to form the modern Republic of Turkey. As it was Atatürk’s army that helped to create the modern state, the army also played a major role in shaping Turkey’s politics until very recent years when it became clear that the civilian government had sufficiently modernised itself and was up to the important task of overseeing stable governance.

Yet, not many people in the west or in Asia have insulted the historic role of Turkey’s army in the way that they have done in respect to Pakistan. In many ways, Pakistan’s 21st century war against a multitude of terror groups has been even more harrowing than the Turkish War of Independence.

For decades, India had sponsored terror groups aiming to sever Pakistan’s national unity while no Afghan government has ever recognised Pakistan’s internationally acknowledged border along the Durand Line.

It was, however, the unleashing of George W Bush’s “War on Terror” that became a war for Pakistan’s survival as extremist groups supported by the state’s regional enemies swarmed across the border causing havoc throughout the country, particularly in the north-west.

Although America’s misguided war on Afghanistan after 2001 was supposed to be a war to avenge the 9/11 atrocity, this war unleashed onto Pakistan, many micro-9/11s. In these, civilians were slaughtered by terror groups that were perversely aided by the fledgling Kabul forces that the US had installed.

While US drone strikes in Pakistan killed civilians almost as frequently as they targeted actual terrorists, it was the Pakistan Army that succeeded in turning groups like Tehreek-e-Taliban Pakistan (TTP) from a force that threatened to plant the flag of terror in Islamabad into a rudderless, leaderless rump whose power has more or less been totally neutralised.

Between the period of 1999 and 2013, the Pakistan Army was the one constant in a political system that ping-ponged between President Pervez Musharraf’s quasi-dictatorship and the corrupt 2008 election which re-established parliamentary democracy, but which failed to re-establish accountability. This is one of the reasons why PTI boycotted the 2008 Elections.

By 2013, Pakistan’s political system began to stabilise and in 2018, Pakistan held its second ever peaceful and democratic transition of power which saw a tired PML-N government give way to PTI’s first ever ‘third way’ government in Pakistan.

Today, a competent government co-exists with a strong military in the same way such a status quo exists in the US, Turkey, Russia and China.

At a time when Pakistan’s political parties were heavily compromised, the Army and ISI kept the people safe so that democracy could one day be re-established. Today, that democracy has been re-established – so much so that the chattering classes of the country are living so well that they have little better to do than complain about technicalities.

This argument is worse than false. It is entirely made up. Like many parts of the world, Indian-occupied Kashmir (IoK) is home to an indigenous resistance against the presence of hundreds of thousands of heavily armed soldiers who have committed countless atrocities against the civilian population.

These atrocities have frankly been far better documented by the United Nations than by the Pakistani state. To say that resistance to this occupation is Pakistan’s fault, implies that Kashmirs have no political agency and are somehow too weak or too stupid to demand the enforcement of their UN-mandated right to self-determination. This is a dangerous distortion of reality and an insult to the human condition itself.

Furthermore, if one wonders why some groups in IoK have resorted to extreme measures, one should realise that in the words of Gandhi himself, “an eye for an eye leaves the whole world blind”.

As such, violence begets violence and as Indian forces clearly have the upper hand against a local resistance incapable of full-scale mobilisation, India has a unique responsibility to de-escalate the situation and allow a proper international dialogue to take place, with the aim of fomenting the peace process mandated by UN Security Council Resolution 47.

This will save both Kashmiri lives and the lives of Indian soldiers. This is a win-win solution that Pakistan publicly endorses. To put it in a different context, while groups classified as extreme by Pakistan exist in IoK, India’s ruling Bharatiya Janata Party (BJP) exists as part of a consummate alliance with the militant Hindutva extremist group Rashtriya Swayamsevak Sangh (RSS). The contrast could not be more stark.

Finally, many in Pakistan who believe strongly in the cause of peaceful political self-determination for the people of IoK are very transparent about the fact that they believe Pakistan does not do much on the Kashmir issue. In this sense, pro-Kashmiri activists themselves can help to expose the false Indian narrative which states that all anti-occupation Kashmiris are somehow tools of Islamabad.

Pakistan has faced threats to its existence from the moment it achieved independent statehood. In spite of this, the Pakistani people have persevered against all odds and today look forward to continually developing their state on the 21st century model of peace through prosperity. Today’s Pakistan is one that looks to the future while sadly others are stuck repeating the false anti-Pakistani epithets of the past.