#TherapistDiaries: How to move on from divorce and why it’s harder for women 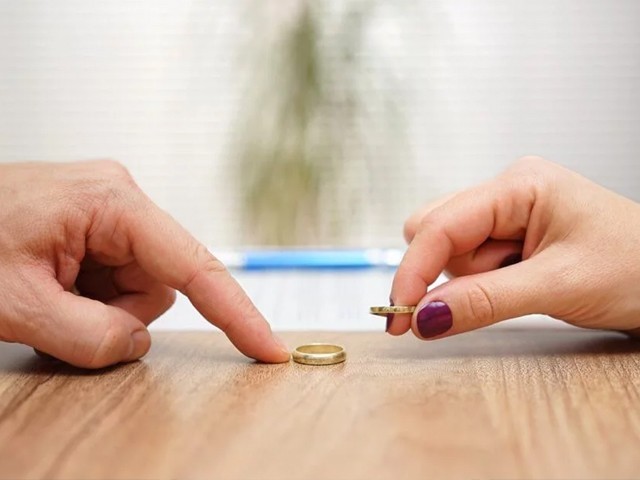 Privileged or not, divorce is hard if you are a woman living in Pakistan. PHOTO: PINTEREST

Is there a good time to end a marriage?

Is it better to wait and let things pile on in hopes of a better future?

The possibilities are endless.

A lot of couples seek help from therapists not knowing whether they want a divorce or have just given up trying to make the marriage work. Most of these couples hope that the therapist would make the decision for them, but that’s not how it works.

A marriage counsellor or a marital therapist may not be the answer to these questions because at the end of the day, it is the couple’s choice and decision. However, a therapist can guide them and work on their thought-process. Counselling works on the trust, communication, emotional expression and/or physical intimacy between spouses, which are the crucial variables in all marital research. But they cannot make the decision about whether or not the couple should give their marriage another chance.

In some cases, the reasons for seeking divorce are external: in-laws, financial issues, housing problems, workplace stress. On the other hand, internal factors include mental health vulnerabilities, domestic violence, infidelity, physical intimacy issues, emotional detachment, infertility or difference of opinions in family planning. Of course, there are many more reasons but the aforementioned are the common ones.

The decision itself can be mutual or one-sided. But what happens post-divorce? What is it that hurts more?

Psychologically, I as a therapist can’t isolate divorce from gender and the society we live in. Even though divorce is ought to be a private affair between two people or families, it becomes a social spectacle in our society. Therefore, it impacts men and women differently, and hence our approaches in therapy post-divorce require us to consider the culture and gender of the individual.

In our culture, mutual decision to divorce is becoming frequent but not yet common. Ours is a patriarchal society and within that context, women do not think of divorce as a feasible option. It is a lot of inconvenience and a lot of variables have to be taken into consideration as they have to start from scratch. The woman’s parents also go through a lot of heartbreak and judgement which weakens their standing in society. If the divorcee happens to have unmarried sisters, their marriage prospects may be impacted also.

And even if a woman is willing to go through the hardships of divorce, she may not have the necessary education, employment experience or job skills required to help her be independent post-divorce. She was most probably forbidden by the patriarch to achieve these skills and experience or was married young. Even if she is privileged enough to have decent work experience and qualifications, it is still difficult to survive in a family after divorce. There is very little hope for future prospects given that divorced women are often looked down upon and rarely find feminist allies in men.

Privileged or not, divorce is hard if you are a woman living in Pakistan.

Naheed*, 35, suffered for so long at the hands of her abusive husband. She was not equipped with the proper education and job skills necessary to support herself and was afraid of losing the financial shelter provided by her husband. She had no children because during her first pregnancy, her husband struck her so hard that she not only had a miscarriage but also created complications that would affect her in the future. My friend (Naheed’s gynaecologist) had referred her to me and I had been counselling her ever since this horrific event took place.

Even when women like Naheed separate themselves from such toxic marriages or get divorced, the process of therapy involves a lot of work on their immediate family members as well. Post-divorce counselling of women in our culture requires the therapist to work tactfully and actively with the parents and siblings of these women.

I remember a severely depressed patient, Sabeeha*, who got divorced after 10 years of marriage and had two daughters. She had depression and was denied any sort of counselling or medication for it. Her husband found her “too dull” and threatened to divorce. Sabeeha’s parents, in particular her father, chose to think like a father rather than a patriarch and realised the pain his daughter was going through. He couldn’t bear the humiliation and trauma his daughter felt and helped her seek divorce. He not only brought her to therapy for more than a year, he also encouraged her to pursue her education. As a therapist, I was very impressed and loved his involvement, and it was with his help that we managed to bring Sabeeha back from deep depression. She is currently pursuing her Masters and wants to be financially stable.

When it comes to men, divorce is difficult for them as well but not as hard as it is for women. Viewing through a cultural lens, it doesn’t inhibit their right to future prospects and happiness in life. They have more options to easily move on to. They don’t have to worry about going to something as mundane as family gatherings and dreading the character assassination in the midst of birthday claps and confetti. They don’t have to worry about health issues or anxiety their parents may face while being victimised by someone as irrelevant as a neighbour. They move on to date easily without any judgement and have no trouble marrying again. In our society, marrying off your daughter to a divorcee is not as disdainful as when you marry off your son to a divorcee.

For men, post-divorce therapy focuses more on custody issues, heartbreak and/or trauma (in case of infidelity). They only need to fight their inner battles and often do not need help developing thick skin to deal with society.

Legal matters and custody battles for children also favour men because they are mostly more financially stable, and unless the man’s family is genuinely nice or less affluent than the woman’s, she’ll have to put up a good fight to get custody of her kids. The psychological damage it does to the kids, the mother and often the father is another story altogether.

It is quite sad how the patriarchal culture is so deeply involved in the psychological turmoil of dealing with divorce.

Despite it all, I have seen countless women choose divorce no matter how hard their post-divorce process would be. These women believe in their innate power and confidence, even when they’ve been discouraged their entire life. I deeply respect all these women who want to start over and rise above the anticipated negativity from society.

Rida* was among such brave women who refused to be a part of an abusive marriage and sought khula (annulment). She came for counselling with severe depression and confusion about her decision – did she do the right thing by taking away the father figure from her two-year-old daughter’s life?

Her counselling focused on polishing her skills. We initially focused on improving her mental state and her present life. Since her family’s reaction was unbearable for her and had triggered self-harm, she wanted to move out and live separately. We worked on her confidence to get rid of the social anxiety that had developed post-divorce. She was taught assertiveness skills and every week she was given different tasks (behavioural experiments) to deal with her confidence issues with the opposite gender. Once she focused on her ambitions and aced her graduate studies, I worked on her self-esteem so she could feel good about her achievements. In the end, she got a great job after interning for six months and within a year of therapy, she started living on her own by renting a friend’s apartment.

As a therapist, I wouldn’t advise women to seek divorce without covering their bases (legal, financial and family). A number of aspects are to be considered and everything needs to be planned accordingly if you are to seek divorce in a society like ours. The decision to divorce must be made tactfully because the journey after will be difficult and challenging but not impossible to overcome.