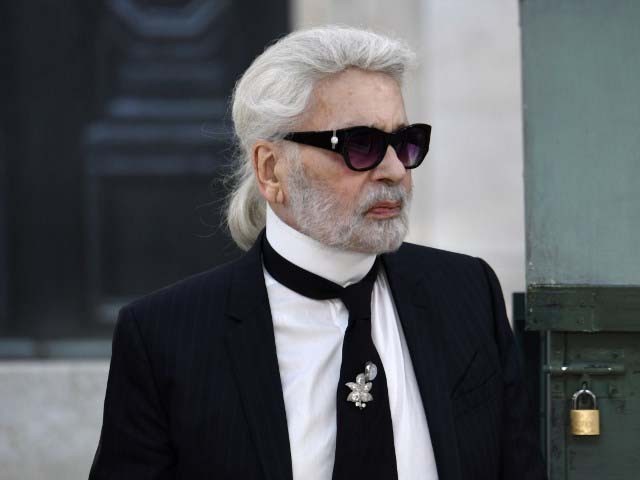 Throughout his career, Lagerfeld was notoriously misogynistic.. PHOTO: AFP

Chanel’s creative director, Karl Lagerfeld, died at 85 in Paris. Lagerfeld, known for being “the king of fashion” and a prolific designer who left his mark on the industry, was also an Islamophobic, racist, misogynistic, fatphobic, rape apologist. His beliefs and political stances, however, were ignored by millions for the sake of his wealth accumulation and impact as a designer.

It isn’t surprising to witness publications and people wax poetic statements about Lagerfeld’s genius while they ignore his history of oppressive comments towards anyone who did not fit into his narrow aesthetic of human existence.

Lagerfeld took pride in being a gatekeeper of an industry which has for a long time continued to perpetuate white supremacy and other forms of oppression. He claimed that he didn’t feel constrained by Coco Chanel’s legacy as a designer, but he certainly continued a legacy of a far-right Europe and a diluted version of his predecessor’s role as Nazi spy and sympathiser.

Rather than separating the art from the artist, I think it is time that fashion came to terms with Lagerfeld’s abhorrent comments. The first thing to do would be to admit that they exist. It is also important to understand that his commentary continues to be harmful and that his beliefs only affirmed the feelings and ideologies of millions who hate people whose bodies fall outside of the white supremacist, misogynistic, ableist norm.

In 2017, Lagerfeld had no issue stating that Syrian and Muslim migrants weren’t welcome in Europe and pushed a both Islamophobic and antisemitic idea that:

“One cannot — even if there are decades between them — kill millions of Jews so you can bring millions of their worst enemies in their place.”

This comment was made just days after neo-Nazis and white nationalists gathered in Poland for demonstrations against Black and Brown migrants, chanting “Pure Poland, white Poland!” and “Refugees get out”.

Throughout his career, Lagerfeld was notoriously misogynistic. In a conversation with Carine Roitfeld, editor-in-chief of CR Fashion Book, he stated that it would be a shame to be saddled with an “ugly daughter” and that having children was for women, not for men. He also once stated that Coco Chanel wasn’t a feminist because she “wasn’t ugly enough for that”.

There is no shortage of fatphobic comments from the designer, including how he didn’t believe that the fashion industry had anything to do with eating disorders:

“In France there is a large percentage of young girls who are overweight and less than 1% are skinny. So let’s talk about the 25% who have a weight problem or are overweight. We don’t need to discuss the less than 1%. Anorexia is nothing to do with fashion. These Russian girls are so young. Chinese ones are skinny too, and bony. I don’t think it’s a subject to discuss. And in today’s world, many people take drugs, not only models, hmm? It’s an unnecessary subject. Let’s talk about the fat ones.”

Lagerfeld’s limited and disgusting beliefs about women included his staunch opposition to featuring plus-sized models in any media:

“No one wants to see curvy women. You’ve got fat mothers with their bags of chips sitting in front of the television and saying thin models are ugly. Fashion is about dreams and illusion.”

His comments weren’t limited to generalising and shaming women. He also disgustingly remarked that Adele “is a little too fat, but she has a beautiful face and a divine voice”.

“I don’t like (her) face. She should only show her back.”

“Heidi Klum is no runway model. She is simply too heavy and has too big a bust. And she always grins so stupidly. That is not avant-garde – that is commercial!”

In a 2018 interview, Lagerfeld stated that he was “fed up” with the #MeToo movement and that what shocked him the most was “the starlets who have taken 20 years to remember what happened, not to mention the fact that there are no prosecution witnesses” – implying that the problem was memory and that there are usually witnesses to sexual assaults. He continued with:

“If you don’t want your pants pulled about, don’t become a model! Join a nunnery, there’ll always be a place for you in the convent. They’re recruiting even!”

Publications have described his comments as “catty”, “acid-tongued and superficial” and “controversial”, instead of sexist, misogynistic, racist, fatphobic, and Islamophobic.

This blatant separation of the artist from the art perpetuates cycles of abuse in which men like Lagerfeld can occupy prominent spaces in our industries, face no consequences for their words or actions, and be fondly remembered when they are dead.

The fashion industry continued to let this terrible person hold a place of high-esteem and reduced his commentary to ‘Lagerfeld simply being a bit eccentric’.

It’s time that the fashion industry makes honest remembrances of the man and that we grapple with his true legacy and the reality of oppression in fashion. This is necessary if we truly hope to make more space for marginalised people and bodies in fashion — I’m not going to hold my breath for this one however, because I don’t want to pass out.