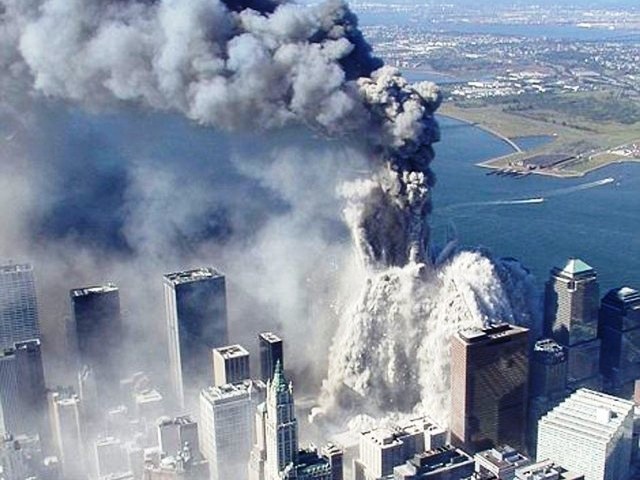 The world was never the same after the twin towers fell on September 11, 2001 PHOTO: AFP/FILE

I don’t know who started this war or how it will end – I only know how it came to be. On September 11th 2001, I watched helplessly as the twin towers collapsed. Even a decade after this unfortunate day, the world is reeling from this tragic and needless loss.

I was a seventeen-year- old, aspiring to be a writer, mesmerized by big dreams. The world as I knew it changed during the fifty-minute Media Studies class I was attending during my A Levels. As the World Trade Centre came down, I left my class not know that my life would be forever changed.

In the months that followed, the words Taliban, Al-Qaeda and jihad were to become a part of normal every day vocabulary. This, however, was only the beginning of the post 9/11 world.

Pakistan is just one of the many countries to have suffered in the aftermath of the destruction of the twin towers. Unlike some countries, where explosions are extraordinary, tragic events, suicide attacks and bombings are not the cruelest part of daily life in Pakistan. The cruelest part of life here is that we have allowed this to happen.

As the memory of 9/11 continues to overshadow our world, Afghanistan, Iraq and Pakistan have become less than mere shadows of themselves.

Saddam Hussein and Osama Bin Laden are supposedly dead, but for so many people around the world, the ghosts of the past decade are still very much alive. They scream at us from the streets inundated with blood, from the graves of the countless victims of this global war, from the bombs that go off in busy city centers, from the stones that are thrown during strikes, and so on. We do our best to cover our ears and avert our eyes, in an attempt to escape. However, the blind continue to lead the blind and the war rages on.

The reality of our world can be seen in lines of pain etched in worn-out faces; it can be touched in the wounds of those who have been caught in this fire; it can be tasted in the tears of orphaned children; it can be smelt in blood-stained clothes of an innocent man who happened to be at the wrong place at the wrong time.

Even though we all live day in and day out in this brutal reality, we feel helpless at the hands of those with higher authority. What we fail to realize is that we are more powerful than we think. We are strongly united in recession, in anger, in fear, in sadness, in loss and in apathy. United we watch what happens to our world and our agony flourishes because, collectively, we do nothing.

I’m not an idealist. Like most people living in Pakistan, I’ve been caught in riots and bomb blasts.  However, I count myself lucky enough to not know what real suffering is – it is this privilege which should enable us to help those who have been less fortunate than us.

One person can’t change the world – but he can make some kind of change.

I know that even if what I do only makes a profound difference to just one life, this would mean one less person who is suffering. If all of try to be more tolerant and compassionate, and do at least one good deed a day that could potentially help just a single person, imagine the difference we could collectively make.

It no longer matters who started this war – it is time for it to end. This end can be brought around collectively if we all stand up against it together. If we start now, maybe a post 9/11 world will be something worth being a part of, something worth bringing our children in to, something worth living for.

Kashmir graves: Where is the humanity India?