WikiLeaks: the old, the new and the ugly 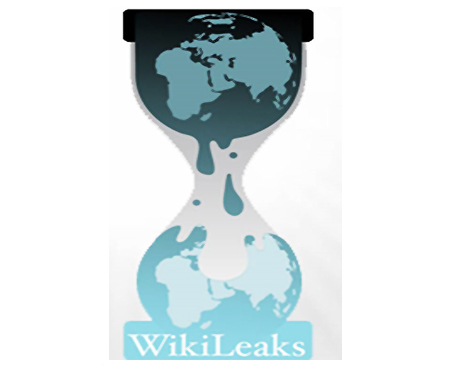 A few days ago, WikiLeaks.org released approximately 91,000 government documents related to the war in Afghanistan through three news organisations, the New York Times (American), the Guardian (UK) and the Der Spiegel (German). The documents are mostly a collection of war logs; a series of eyewitness accounts and reports from the soldiers on the ground and contain unconfirmed and unverified information. In the words of WikiLeaks founder, Julian Assange, the documents are “true” but the information in them might not be. Keeping this in mind, I’m going to summarise some of the more crucial information from this massive data dump.

There have been more than 180 unverified firsthand accounts which point towards the involvement of the ISI in supporting the armed Taliban/al Qaeda insurgency in Afghanistan by providing training, supplies information, and arms although as Guardian’s Declan Walsh points out, there has been no “smoking gun”.  The content of these accounts ranges from chilling to downright questionable with accusations involving ISI training legions of suicide bombers, including children, smuggling surface to air missiles from Pakistan and poisoning western beer supplies. One report in the New York Times, from December 18 2006 details the process through which ISI enables suicide bombers:

First, the suicide attacker is recruited and trained in Pakistan. Then, reconnaissance and operational planning gets underway, including scouting to find a place for “hosting” the suicide bomber near the target before carrying out the attack.

The report notes that this network receives substantial support from the Afghan Police and Ministry of Interior. A majority of the reports come from interview and interactions with the Afghan intelligence agency National Directorate of Security (NDS) which has great hostility towards the ISI and the Pakistani establishment.

However, given the history of Pakistani support for the Taliban and the extreme reluctance with which both the South and North Waziristan offensives were undertaken, even after all other options were exhausted (aka direct talks, agreements and the Swat Peace deal) it is very much possible that there is a kernel of truth in these accounts. The question remains as to which accounts are true and to what extent?

It is important to note that there have been previous instances when ISI has been under fire from both the US government and the military, but nothing substantial has emerged yet. So while these leaked documents highlight the extent to which there is mistrust of the Pakistani agency within the US, coalition and Afghan forces, there are no new details to be had here.

Two new pieces of information have come to public view with the release of the leaked documents. The first is the existence of an undisclosed (not anymore), “black” unit of Nato (North Atlantic Treaty Organisation; a military alliance of states in North America and Europe, 28 members) special forces known as Task Force 373 which is responsible for killing or detaining senior members of the al Qaeda and Taliban in Afghanistan without trial. The task force operates via a “kill or capture” list known as the Jpel, the joint prioritised effects list, which provides detail for over 2,000 senior al Qaeda and Taliban figures.

According to the war logs, this force behaves in a very inconsistent manner, with some mission aimed at interment and others focusing on elimination. Additionally, the logs also reveal a disregard for civilians noting that TF 373 is involved in the death of civilian men, women, children and even Afghan forces. Specifically, a report from the night of Monday June 11 2007 noted in the Guardian reports that a TF 373 mission to capture or kill the Taliban commander Qarlur Rahman near Jalalabad was terminated when TF 373 forces engaged in a firefight with aerial bombardment with Afghan police forces without confirming the target resulting in the deaths of seven police officers. Following this incident, the coalition forces released a statement to the press detailing the fire fight or air support, but failing to mention either the TF 373 or the casualties adding that:

There was nothing during the firefight to indicate the opposing force was friendly. The individuals who fired on coalition forces were not in uniform.

There was no mention of the Afghan police deaths. In a similar incident on Sunday June 17 2007, another TF 373 mission went awry killing seven children when TF 373 fired five rockets at a Madrassa in the village of Nangar Khel believed to be the hideout of Libyan fighter Abu Laith al Libi before any indication of hostilities. Ironically, neither Libi nor his supporters were found. In this case, the accompanying press release mentioned the deaths attributing this incident to coalition troops attacking the compound because of “nefarious activity”. The TF 373 were not mentioned. The lack of transparency surrounding the existence and the activities of the TF 373, understates how little we know about the conduct of the coalition forces in Afghanistan. It also begs the question whether or not these extra judicial killings may be constituted as war crimes, under the United Nations; although even if they are it is highly unlikely that any action will be taken.

The second new development is the claim that the insurgency in Afghanistan have surface to air missile capability. In 2007, the US covered up a surface to air missile strike by the Taliban that shot down the Chinook Helicopter in the Helmand province killing seven military personnel.  The aircraft was shot down on May 30th 2007 after dropping troops at the Kajaki. In the case of the Chinook, both Nato and US officials stated that the aircraft had been brought down by a rocket propelled grenade (RPG)-effectively stating that it was a lucky shot.  However, following the loss of the Chinook two Apache helicopters came under fire from missiles twice in 30 minutes. An unidentified source in April 2007 told an American officer than seven surface to air missiles purchased by Iran from Algeria had been clandestinely shipped into Afghanistan via the Iranian city Mashhad. There are other reports which point towards the Pakistani ISI supplying weapons or missile trainers to the Taliban. Basically, the war in Afghanistan is infinitely messier than we were told and that the al Qaeda-Taliban insurgency is not going to go away anytime soon.

The leaked war logs provide an important insight into the extent of civilian casualties in Afghanistan. There are 144 war log entries in which detail “blue on white” events providing day by day records of assaults resulting in Afghan casualties. These incidents range from the shooting of innocent civilians to large scale air strikes with massive civilian losses. The magnitude and frequency of such incidents led Afghan President Hamid Karzai to publicly protest with the famous statement that US was treating Afghan lives as “cheap”. The logs also highlight the systematic cover up of civilian deaths. On October 2 2008, French troops “opened fire on a bus that came too close to convoy” near the Tangi Kalay village outside of Kabul wounding eight children with no investigations made.

A more disturbing incident involves the American 1st Battalion, 506th Infantry Regiment when a bus that failed to slow down during their attempts to stop it in order to allow the patrol to cross the road causing one soldier to spray the bus with machine gun fire killing four and wounding eleven. Similarly no investigations were made. Within the 144 relevant war logs, the bulk of the violence against civilians stems from shooting uncooperative drivers and motorcyclists and almost all of these incidences are described as escalation of force against a violent threat. Essentially, the war logs reveal that US and Nato press statements are unreliable sources at best when it comes to reporting civilian casualties, and effectively puncture the dominant narrative within military circles that massive civilian casualties are merely “Taliban propaganda.”

Ab MSc candidate in Fisheries Science, who blogs on a regular basis at Kiss My Roti, her personal blog and tweets at twitter.com/kissmyroti

What do fish have to do with climate change?