Buying a DSLR doesn’t make you a photographer 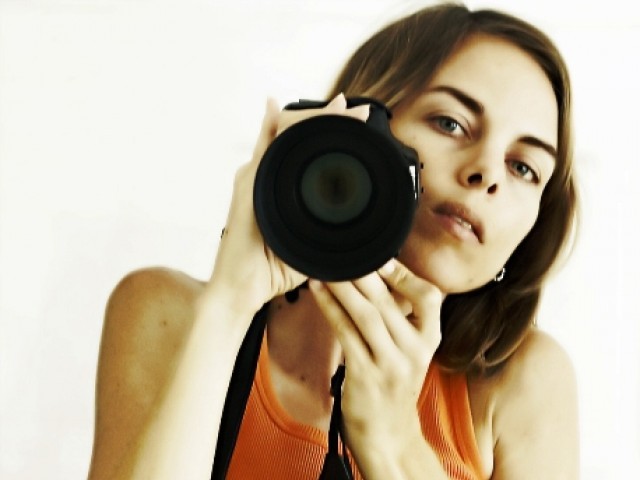 Owning an expensive DSLR is kind of like having the best backpack in the 2nd grade, and the best Pokemon cards in the 8th grade

In a new trend, that is spreading like wildfire around Pakistan, almost everyone is ditching their old Sony Cybershots for state of the art cameras with the ability to zoom in perfectly on their ex-girlfriend’s facial hair. This is all in a bid to capture the same moments you normally would – except in higher resolution.

But is there really a point? I don’t think so.

More than half the people who own an expensive DSLR do so because somehow it is the new iPod – a necessary item to be possessed by anyone who wants to feel ‘accepted’. It is kind of like having the best backpack was in the 2nd grade, and the best Pokemon cards were in the 8th grade.

The worst part is that most of the people who own a DSLR have no real knowledge of how to properly use their device, but just because they own one, their entire posse exalts them to the level of some great photographer.

Suddenly, a picture of the sky will seem gorgeous. A stray dog on the corner of your street will seem like the perfect picture to represent the “conditions of your mulk, yo.”

Naturally, you run around everywhere with your camera – poking it into random areas and trying to look sophisticated adjusting settings (of course you are  just fiddling with the buttons figuring out their functions.)

Possessing this camera is going to make you feel like a god.

It doesn’t matter whether you take a picture of your friends striking awkward poses or a picture of an open sewer line, they will be filed under the same folder. That folder will ingeniously be named ‘Randoms’. No matter what picture you upload, it will be showered with praise. The pixels will transcend all worldly boundaries and attain a level of absolute beauty. Plato will roll over in his grave.

Beneath your photo of the gutter will appear generous comments:

“This picture is beautiful, bro. It speaks to me”

“You are so talented, man” is the comment you will receive on the 1,200 consecutive picture you have taken of the same cloud.

Yes sir, your photographic talent will break all known conventions. You are probably as talentless as you were without a camera, but in the race for social ranking your reputation will ascend by leaps and bounds. You will attach irrelevant meanings to everything you see; becoming one with the universe through your lens.

You will scoff when your friend will pull out an old, traditional digital camera.

Very few of you will ever go through the hassle of learning techniques and improving skills to turn the hobby into a career. But for the majority, this niche of individuals will be forgotten. Their expensive Nikons and Canons are the loves of their lives – for a while.

So if you’re not on the bandwagon yet, save yourself the 15 minutes of air-headedness you’ll feel as you race around town taking pictures of stray cats as part of your ‘Wildlife’ catalogue.

Wait for the iPhone 5 to come out instead.