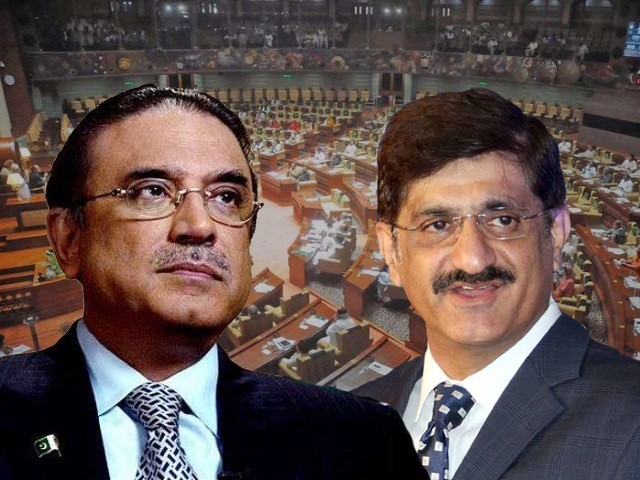 If PTI gave in to the tradition set up by the PPP and PML-N, why is the PPP not willing to extend the same courtesy?

In the Sherlock Holmes short story, The Adventure of Silver Blaze, a race horse named Silver Blaze disappears and its trainer is killed. Holmes figures out that it had to be an inside job since the dog didn’t bark, which it is supposed to if there was a stranger involved. The same seems to be true for the watchdog in Sindh called the Public Accounts Committee (PAC).

Over the last nine years, the auditor-general of Pakistan has unearthed irregularities of Rs957 billion in the Sindh government’s accounts. Meanwhile, the provincial PAC has not barked once in a decade. Not a single report was published in the last decade and one wonders what was stopping them?

According to the Sindh Assembly Rules of Procedure, the PAC should be formed after the General Elections and the committee is obliged to present its reports before the Assembly annually. The functions of the PAC include the scrutiny of government accounts and the auditor-general’s report. The committee also keeps tabs on whether or not the funds earmarked for a certain purpose are used accordingly.

That said, it is mind-boggling that not a single report has been published by the Sindh PAC in the last nine years. In this administration, the Sindh Assembly PAC has yet to be formed.

The tradition is that the PAC chairperson is to be appointed from the opposition party to give credence and meaning to this watchdog because the chairman from the governing party wouldn’t do his or her own party’s accountability. The furore over the last few months at the chairmanship of the PAC in the National Assembly was exactly about this. Shehbaz Sharif and his cohorts made relentless noise to that end, reminding the ruling Pakistan Tehreek-e-Insaf (PTI) of the tradition. Finally, PTI relented. Interestingly, Pakistan Peoples Party (PPP) was amongst the parties creating the noise. However, in its own neighbourhood, it has no such qualms. The standard, or rather the tradition, in Sindh Assembly has been the opposite.

In a letter addressed to Chief Minister Murad Ali Shah, PTI leader Firdous Shamim Naqvi, who is also the leader of the opposition in the Sindh Assembly, reminded him that in “keeping with the spirit of democracy”,  the chairmanship of PAC should go to the opposition. The delaying tactics by PPP mastered through decades of corruption prompted a frustrated Naqvi to utter this:

“How can the thieves conduct their own trial? The chairmanship of Sindh Assembly’s PAC should be given to the opposition.”

Murad recently called PTI out, saying that it had not signed the Charter of Democracy (CoD) because of which PTI cannot head the PAC. He further clarified that in the past, Muttahida Qaumi Movement (MQM) and Pakistan Muslim League-Functional (PML-F) sat in opposition and since they too were non-signatories, he was not bound to give them the chairmanship. The CoD is not a legal binding document but an agreement between two popular parties. If signatories are not bound to give non-signatories the chairmanship, should that not also work the other way around? If at the national level, PTI gave in to the tradition set up by the PPP and PML-N, why is the PPP not willing to extend the same courtesy?

Asif Ali Zardari is taking a leaf out of Mario Puzzo’s Godfather to “keep his friends close but enemies closer”. PAC is a watchdog and is supposed to keep an eye on illicit and corrupt activities of government officials. Hence, Zardari likes to keep it close by appointing his own men as its chairman so that the dog doesn’t bark.

It is my contention that not publishing PAC annual reports for nearly a decade may just be a layer above many layers. For someone who has mastered the art of corruption, this sounds too unsophisticated a job. This may just be a veil hiding a huge empire. What probably lies beneath is a systematic money-robbing and money-laundering system. This may just be bait so that the government halts its pursuit after reaching here. It may just be a distraction. A way for a feel good venture for the government, while the real business continues in the shadows, sort of what the Mexican drug cartels do.

What makes Zardari more dangerous than the likes of Pablo Escobar and El Chapo is that while those guys operated under a hostile environment created by their own governments as well as the government of the US, Zardari has been the government with a mute watchdog. The drug cartels could learn a thing or two from Zardari; be the government first and then set up an illegal and immoral empire instead of the other way around.

But the good news is that while that seems to be PPP’s strength, it is also its Achilles heel. Because that means that an informed citizenry can weaken them by not voting for them in the future and detach them from their source of strength, which they have so far used to build up this criminal empire. Pakistan must show zero tolerance towards the mukmuka (deal-making) culture. No more business as usual!

If Pakistan wants to become a success story in the comity of nations, it must undo past habits of being content with corruption. Other than climate change, corruption is the most destabilising issue of Pakistan and it needs to go away for good. When the noose is tightened, when no allies of convenience or crime partners are left, Zardari would have no option but to meet his nemesis and become history. Remember that in the Holmes story mentioned above, it is the horse that kills its own trainer when it senses danger from him.

The question is, when will we sense the danger?