Excessive and exhausting, The Lego Movie 2 is a worn-out version of its hilarious original 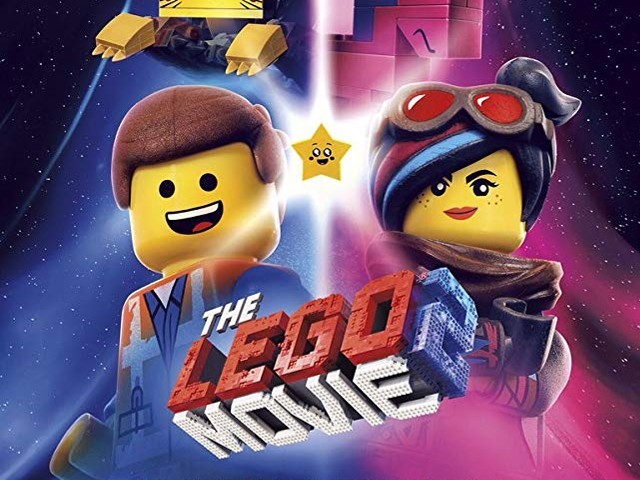 The Lego Movie 2 retains many of the elements that made the previous film a success. PHOTO: IMDB

The Lego Movie (2014) was one of those films based on an idea that was never expected to work. After all, what was this going to be? A feature-length Lego commercial? However, directors Phil Lord and Chris Miller who brought a lot of their signature style and inventiveness to the film made sure this wasn’t the case. And The Lego Movie ended up being a massive success, meaning a sequel was always in the offing.

Five years and two spin-offs later, The Lego Movie 2: The Second Part has finally arrived. The sequel retains pretty much all of the original characters from the previous film, with Lord and Miller back to screenwriting duties. The Second Part, which is also set five years after the events of the prequel, sees the once peaceful city of Bricksburg laid to waste by Duplo alien-invaders, who have turned the city into a Mad Max: Fury Road-like wasteland.

Things go from bad to worse when the Duplo invaders, controlled by the elusive Queen Watevra Wa’Nabi (Tiffany Haddish), kidnap Lucy (Elizabeth Banks), Batman (Will Arnett), Unikitty (Alison Brie), MetalBeard (Nick Offerman) and Benny (Charlie Day), leaving it up to our cheery protagonist Emmett (Chris Pratt) to save the day.

Though The Lego Movie 2 retains many of the elements that made the previous film a success, it’s evidently clear that the charm and novelty of its predecessor has worn off. With The Lego Movie, everything from the animation, the action-sequences, the humour and even the songs (Everything Is Awesome) seemed to work. However, with the sequel, there is a major case of ‘more of the same’, only this time it’s not all that interesting. The action-sequences are well-crafted but tend to get tedious and exhausting at some point. The film’s signature song The Catchy Song ironically isn’t catchy at all and doesn’t have the same appeal as the last film’s Everything Is Awesome.

Similarly, the humour, like the previous film, also depends on satirising and parodying pop culture elements. And while often times the gags and one-liners do land, there are times when the pop culture references begin to feel excessive.

All this is not to say the film is a complete failure. The characters are still very fun to watch. For one thing, the film actually gives a lot more attention to Lucy/Wyldstyle (voiced by Banks) this time around, even giving her a redemptive character arc. There’s the addition of Rex Dangervest (also voiced by Pratt) who acts as a humorous counter-point to our protagonist Emmett. And then there’s of course Batman (voiced by Arnett0 who once again steals the show with his snappy one-liners. 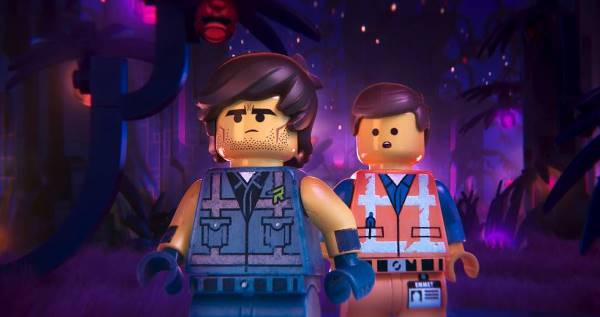 The film also deserves credit for the way in which it juxtaposes live-action or real-world events with the animation. Though the presence of real world characters served as the twist of the last film, here they are used much more sparingly and in the foreground through the presence of Finn and his sister. And the reason it exists is mainly to bring that human side to the story in the same way as it was done in the Toy Story movies, something it does succeed in doing. 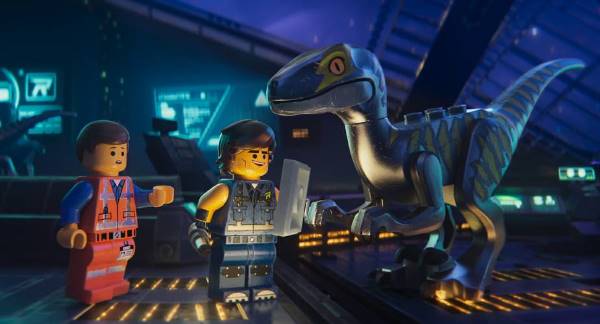 However, these positives still can’t help make up for the shortcomings of this film. Ultimately, it’s not that the film lacks in one particular area but rather its failure to function as a cohesive film that’s the real problem. Towards the final act in particular, the film begins to wander into overkill territory with its time travel sub-plot. And with everything moving at break-neck pace, the film feels more like sensory overload rather than a fun, enjoyable time at the movies.