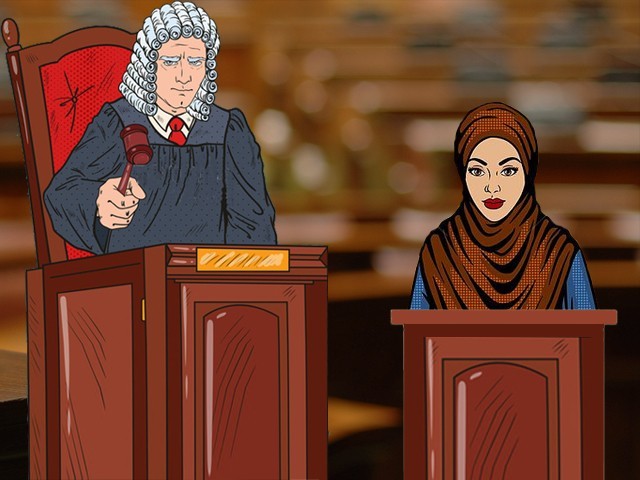 Unfortunately, it is impossible to avoid people drawing stereotypes and passing comments on women and what they do or do not wear.

The tendency to judge others is a widely prevalent phenomenon in humans. Unfortunately, judicial bias may have significant consequences for the alleged perpetrator, especially in sexual assault cases. After all, neutrality and impartiality are of utmost importance in such cases in order to ensure a fair trial.

“‘Bias’ has been held synonymous with ‘partiality’, and strictly to be distinguished from ‘prejudice’. Under particular circumstances, the word has been described as a condition of mind, and has been held to refer, not to views entertained regarding a particular subject-matter, but to the mental attitude or disposition toward a particular person and to cover all varieties of personal hostility or prejudice him.”

According to our case laws, bias in a judge is said to be of three different kinds:

1) A judge may have a bias in the subject matter which means that he is himself a party or has direct connection with the litigation, so as to constitute a legal interest. A ‘legal interest’ means that the judge is ‘in such a position that a bias must be assumed’.

2) Pecuniary interest in the cause, however slight, will disqualify the judge, even though it is not proved that the decision has in fact been affected by reason of such interest. For this reason, where a person having such interest sits as one of the judges, the decision is vitiated.

3) A judge may have a personal bias towards a party owing to relationship and the like or he may be personally hostile to party as a result of events happening either before or during the trial. Whenever there is any allegation of personal bias, the question which should be satisfied is, “Is there in the mind of the litigant a reasonable apprehension that he would not get a fair trial”. The test is whether there is a ‘real likelihood of prejudice’, but it does not require certainty. ‘Real likelihood’ is the apprehension of a reasonable man apprised of the facts and not the suspicion of fools or ‘capricious persons’.

According to a recent study led by researchers from UK’s Lancaster University and Canada’s Memorial University of Newfoundland, “positive biases” are created when women testify in court with either their hair covered (hijab) or both their face and hair covered (niqab). This type of bias would then fall under the third category of bias mentioned above.

Zahid*, who has followed one of the most media publicised rape cases in Pakistan – that of Kainat Soomro – narrates that Soomro used to wear a niqab during her trial in the lower court but took it off once she lost, and instead covered her head partially when she went to appeal at the Sindh High Court. When her case was taken by a senior lawyer, she chose to reveal her identity for the media and used to actively give interviews at High Court. A documentary titled Outlawed in Pakistan depicted Soomro’s story and drew significant international attention. Zahid shares that judicial bias is inevitable in cases where women take hijab and niqab, however, Soomro did not give much importance to either form of covering at the High Court and would cover her head only partially.

I personally met Soomro, accompanied by her mother, and they greeted me with the brightest smiles. While I refrained from being judgmental, I could hear other people gossiping about how she was more concerned about appearing in the media as opposed to the outcome of the case.

Given that Soomro lost in the lower court despite wearing a niqab but gained significant attention after making her identity obvious raises the question of whether judicial bias has any significant impact on the outcome of a case. The difficulty in answering this question is the onus placed upon the person to prove the bias of the judge, which requires sufficient evidence and grounds.

For example, in the reported judgement of Sughran Bibi versus District and Sessions Judge, Lahore and others, published in the Civil Law Cases Journal at Civil Law Cases (CLC) 2018 Note 38 Lahore, the High Court of Lahore dismissed the constitutional petition in which the petitioner had accused the judge to be biased. They stated the petitioner was unsuccessful in establishing bias in the judge, mainly because she was unable to support her contention with any evidence. The judgement stressed on the fact that a judge’s bias must be demonstrated by establishing that it’s visibility will impact the case negatively; simple assumptions would not quantify as solid ground for transferring a case.

According to Zahid, the possibility of bias may be stronger where the victim of sexual assault is also the victim of an acid attack. He shares incidents where female witnesses of acid attacks used to cover their faces, and the presence of positive bias by judges in favour of such victims was very evident.

Be that as it may, one must keep in mind that the outcome of cases is almost always based on the evidence and the arguments presented before the judges, as opposed to any biases on their part. This is because the orders or judgments passed by judges need to be supported by legal reasons, otherwise they can easily be challenged before the superior courts.

My own experience as an Advocate of the High Court of Sindh has been very unpleasant at both, the lower courts and the High Court. I have often heard people passing judgments when I did not cover my head, and I once was asked by a colleague to take a hijab because he saw people ogling me. I have also been cat-called by a prisoner tied in chains at the City Court.

Similarly, my friends who practice at the City Court often find it difficult to practice owing to the judgmental statements made by the staff there. One of my male colleagues at my former law firm shared that he often got asked about me and other female colleagues about where we work, all the while as questionable statements were passed regarding us.

Unfortunately, it is impossible to avoid people drawing stereotypes and passing comments on women and what they do or do not wear, particularly as this is a common fragment of our society. However, to reduce the impact of bias, it is imperative that judges reach the outcomes of their cases through careful and scrupulous examination of the evidence presented before them, and nothing else.

*Names have been changed to protect the identity.