From empowered to oppressed: Today’s treatment of women contradict our Islamic teachings 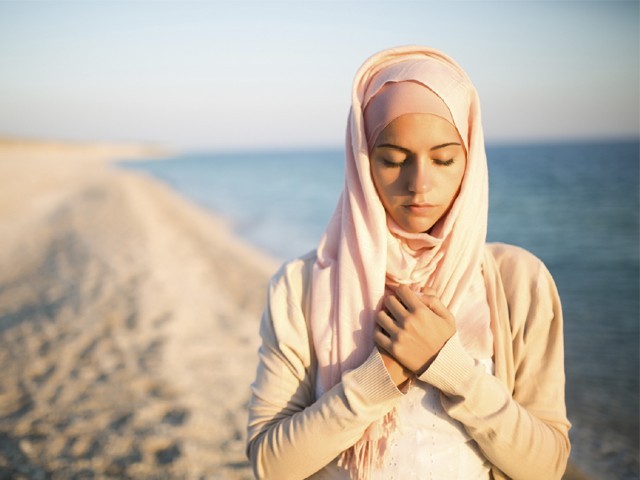 It is an obligation to treat women equally and with utmost dignity and respect. PHOTO: GETTY

Let us start with a hypothetical question for all the men: suppose you are in your 20s and you received a proposal of marriage from a widowed woman who is more than 10 years older than you, and who coincidentally also happens to be your employer. With every ounce of honesty in your heart, will you accept such a proposal?

Now maybe some of you will take the moral high ground and say why not, but do you think your elders, peer groups and your extended family will approve? Indeed, there will be many eyebrows raised and questions asked if you muster the courage to take such a ‘bold’ and unconventional decision.

But this is exactly what Prophet Muhammad (PBUH) did when Hazrat Khadijah’s (RA) marriage proposal came for him. Just imagine, over a thousand years ago, a woman, out of her house and engaged in running an entire business all by herself. It is also pertinent to note that Prophet Muhammad (PBUH) worked in the employment of Hazrat Khadijah (RA) and she sent a proposal of marriage to him.

Picture the terrible humiliation and scorn a woman in her 40s would suffer in Pakistan today, if she decided to send a proposal to a man almost half her age. Our society (women and men alike) would curse her to bits for such ‘indecent’ behaviour.

Look at the sweetness of the bond they shared. If today a married couple from Karachi or Lahore were to tell their friends that they sometimes race against each other for fun, most people would either laugh at their face or frown at such immature and irresponsible behaviour.

This empowering position of women was not limited to just marriage. In all aspects of life, women were proactively engaged in community building and contributed towards the welfare of the society during the time of Prophet Muhammad (PBUH). They organised and participated in community building, they would go to mosques and offer prayers, and in war times, Muslim women would nurse the injured and distribute water and other food items out in the battlefield. Some even fought in the wars to defend Islam and their beloved Prophet Muhammad (PBUH).

“I feel that everything is for men. Women are not mentioned as having anything!”

All this is a far cry from the dismal status of women in our country today. The main reason for this sorry state of affairs is the repressive influence of cultural norms/ethos of subcontinent, coupled with the spread of wahabism in our country by Saudi Arabia and evasive ignorance and illiteracy, which have led to the creation of social milieu where women are confined to the four walls of their houses.

Women shouldn’t leave their homes unless absolutely necessary; women should dress ‘decently’ in society; they should not interact with men in any form or capacity; they should not work – these are some of the man-made ‘survival techniques’ that women in Pakistan have to abide by. Why? Because the moment a Pakistani girl goes out on the road (whether on a car, bus or walking on foot), the believing Muslim men of the Islamic Republic will start ogling at them and pass lewd smiles/comments, making everyday chores and life extremely uncomfortable for that poor girl.

This harassment (committed by conservatives, elite, well-educated English speakers and everyone in between) goes on completely unchecked, because from men’s perspective, a woman not covered head to toe in a burqa is calling for attention, and hence, that gives them some twisted license to debase and humiliate her. Sometimes even women in burqa are not spared and are ogled at.

To further illustrate how disrespectful we are towards our women, one only has to hear the commonplace curses that men casually use, in which references to mothers and daughters are made without any shame. Hence, we see an utterly unjust and degenerate cycle where the culprits roam around shamelessly without remorse or social exclusion, while the suffering gender is made to pay by being locked up in their houses.

In many families, girls are discouraged from even seeking education or employment for the same unfortunate reason. This has a domino effect of breeding a culture where the daughter – because she is denied the opportunity to work and financially contribute towards the family – is considered a ‘burden’ on the family, while the son is deemed a blessing for being the bread earner.

In Islam, however, there is absolute no place for such demeaning and dehumanising behaviour towards women. It is an obligation to treat women equally and with utmost dignity and respect. The ‘equal but different’ notion is manifested beautifully in the Quran and Hadith, such that both men and women are urged to do good and refrain from evil; both are equally stressed upon to gain knowledge, both have rights and duties, and rewards and punishments laid out are the same regardless of gender.

So when we discuss modesty, it must be remembered that men too are obligated by Allah to “lower their gaze and guard their chastity”. What this verse indicates is that an Islamic society (as we claim to be) should be a safe haven for women, such that irrespective of whether a woman is clad in a burqa, headscarf, jeans or even a bikini, she should feel completely confident that her Muslim brethren will not even lay a single eye on her. The immodest dressing of a woman is not a justification for believing men to treat her disrespectfully; their religious duty to lower their gazes and maintain a civil demeanour remains intact at all times.

In conclusion, it is heartening to note that with increased literacy and awareness regarding women’s rights, things are changing for the better. However, when a 40-year-old widowed Pakistani working woman will be able to send a marriage proposal for a 25-year-old man without suffering any judgment, humiliation or ridicule, and when a young girl could walk confidently on a busy street in Pakistan all by herself without worrying about being teased, that is when we can claim to be a nation that safeguards women’s rights and follows the enlightened, progressive and equality-driven society created for women by our beloved Prophet Muhammad (PBUH) more than a thousand years ago.