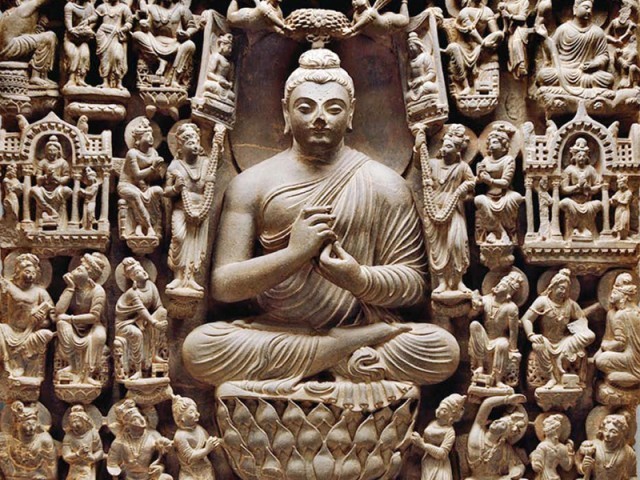 Punjab’s department of archaeology, recently devolved from the federation under the 19th Amendment to the Constitution, has had no operational legislation since April 8, 2011. As a result, no law to arrest any person caught scribbling, drawing or causing harm to a monument of historical importance exists.

Similar is the case with the environment protection department.

The Antiquities Act 1975 and the Environment Pakistan Protection Act 1997 are both redundant. Officers of both departments have drafted legislation to replace the federal laws. These drafts lie with the Punjab Assembly and await approval.

“Lack of legislation has made the department spineless. We illegally issue notice to violators, as there is no choice,” a senior officer in the archaeology department, said in reference to a case of a house being built next to Iqbal Museum, the poet’s former residence in Lahore.

An environment protection department field inspector said although the PLGO gives more authority to officers of below Grade 16 to issue notices without referral to their bosses, the effort goes in vain when the case is finally handed over to the tribunal. Despite pressure, the Punjab Assembly has had not reviewed and passed the drafts as acts.

During Ramazan, the government officials strictly abide by 1pm time for closing offices. By ignoring the approval of legislations, already late by months, the parliamentarians are unashamedly feeding the department officials an excuse to not work.

These officials occupy substantial space, expend on public funds for air-conditioned offices and leave work 3pm sharp regardless of having worked or not. And it has not been so for a week or two, but for months now.

Do they deserve to sit idle over just an excuse of having no law to work by?

Our lazy parliamentarians can answer the question, and time has well passed before they all should publicly be held accountable, not only for inefficiency, but also for seeing to their vested interests over the public.

A solution to Lahore's traffic woes