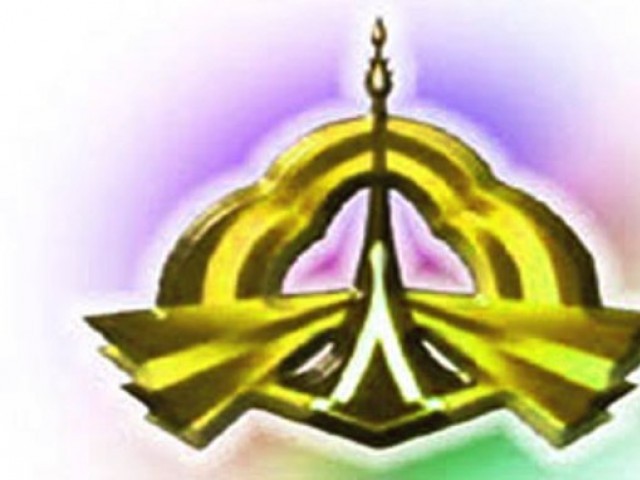 So much has changed. Leafing through Agha Nasir’s This is PTV is like returning to one’s ancestral home, or listening to old songs. It is not nostalgic trickery or old age delusion that tends to paint the past in golden hues. Pakistan Television and PIA were those few organizations that, though growing under the shadow of a harsh military dictatorship, were the saving graces of the time. We had something to be satisfied about.
Here and there we had men in saddle, in bureaucracy and professions particularly, who were competent and wanted to do something. They were the regime’s counterweights against the core malaise it nurtured. The limited politics that there was did not bother the society by and large. Above all, despite the shattering blow the economy had suffered in the 17-day war, there prevailed a sense of security. One turned on the black and white mini screen without seeing red splashed on it. Looking back, it was indeed “another day, another world” as the title line defining the book’s mood suggests.

The rapid development of PTV is rightly ascribed by Agha Nasir to President Ayub ‘s need to build his image, a task in which PTV scored a failure in contrast to its remarkable success in galvanizing the nation during the 1965 war. Two other occasions that would remain in national memory because of PTV’s dynamic coverage are the 1971 general elections and the 1974 Islamic Summit. That professional excellence television — PTV and the numerous private channels put together — could not repeat, what with advanced technology, experience, freedom and resources. In fact the way television has become a noisy babble in the hands of its present czars and million-a-month anchors, and lost its credibility as well as its role in the evolution of a cultured, civilized, tolerant society, calls for serious review.

Though Agha Nasir mentions it only in passing, the advent of television gave new respect to performing arts because of its social acceptance and untainted image compared to cinema and stage. As a result it became possible for women to take up acting careers in TV plays without fear of social stigma attached to theatre and cinema. Nayyar Kamal, Saira Kazmi, Uzma Gilani, Ruhi Bano, to name a few, not only made a career for themselves on the mini screen but opened the way for many other budding actresses who, but for PTV, could not have loosened the grip of their restrictive social set. Not only drama, music too gained much from television. Qawwali and ghazal singing that were in serious decline at that time saw the revival that has been thriving since. It is hard to imagine if the great names could have won the wide recognition that they did without the exposure that this medium provided them.

A vast new field opened for writers and poets too. It affected serious writing though, diverting long and weightier fiction writing to lighter episodic serials. Reading habits were also a casualty of the popularity of the idiot box. However, poets who could manage an appearance on TV got a better deal in becoming more known and popular than those who were perhaps better poets but could not break loose from the confines of cold print. A great contribution that PTV made was in the elevation of comedy from its crude form to heights of sophistication that one met only in literature. Come evening, a whole crop of excellent actors of this genre made the day’s burden lighter. Then, despite its heavy official tilt the nine o’ clock news bulletin in chaste Urdu was comprehensive in its coverage of national and international events. Today you may surf the cable network for hours and yet miss the day’s hard news. PTV probably is still better in this field than most channels but far behind the times when it had no competitor to ape.

Agha Nasir’s book sketches the salient features of PTV’s beginning and stages of its development through the various periods; how the different governments used this institution for the promotion of their agendas. The chapter ‘who calls the shots’ begins with the admission that PTV has not enjoyed “genuine freedom of expression and the right of access to real information.” This is a grave observation by a man who has been at the centre of things at the PTV and whose circumspection has been the hallmark of his successful career. What he is saying in these cautious words of his is that the PTV in the course of its glorious rise has been misleading the people of Pakistan.