The case for Shahid Afridi 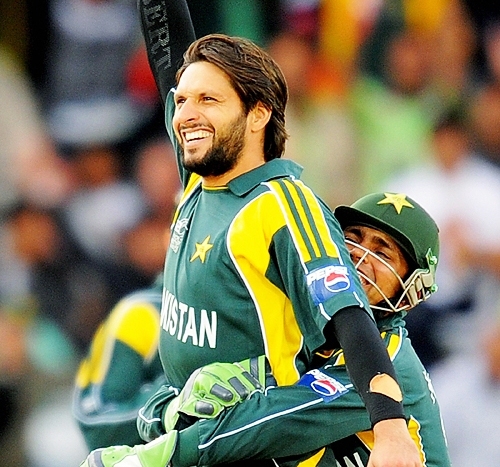 If Shahid Afridi feels he's not good enough, shouldn't we respect his honesty?

Seldom do sports personalities face the public and withdraw themselves from positions of influence before they have completely humiliated their team at one point or another. In a world of endorsement deals and public appearances that make players the great bulk of the money they earn during the course of their sporting career, it is odd to see someone giving up their chance to do just that, though no one seems to be focusing on that aspect of Shahid Afridi’s decision!

To better understand Shahid Afridi’s motivation is in my opinion folly, to ridicule him is just a demonstration of utter stupidity.

Pakistani’s live in a nation of well recognised corruption that exists from the bottom all the way to the very top of every aspect of life. How then can the masses crying for justice on a near daily basis criticise the exception that admitted he felt he was incompetent for a leadership role and would prefer a better candidate to take the position. That is the epitome of honesty and a full disclosure of ones intentions, is this not the fabled transparency we long for of public figures,  is that not worthy of our praise? Why then is everyone taking a shot at criticising this act of honesty?

Let me answer that one for you, it is a simple trait that in my opinion has enveloped the country over the past 30 odd years since nationalisation. Fear of the unknown.

While most Pakistani’s are more than competent at pointing out the problems that others are creating, they are less willing to step up to the plate and solve the issues that plague our society. When a willing party courageously raises his hand to take the helm, people applaud this effort, soon after however the candidates every single fault is highlighted to the nth degree once he or she is in the driving seat. The usually incompetent candidate then proceeds to hold on to the position for dear life, sucking any benefit out of it for as long as possible until public pressure demands a resignation. The individual is then ridiculed and his or her reputation sullied.

Shahid Afridi’s honesty has prevented that cycle. He should be heralded as a national hero for helping the country near single handedly lift the T-20 World Cup not more than 24 months ago and did a great  job of showing the nation how to convert their potential into results in high pressure situations in the process. Something that the nations cricket team has had a history of being awful at as of late.

The reaction to Shahid Afridi’s announcement being as hostile as it has been highlights the illiteracy of this nation when compared to the reaction that an early retirement from other global superstars of sport prompted elsewhere. Justine Henin is a pretty good example I would think. Having won everything that there was to win of significance to her, she decided to retire her tennis racquet in her mid twenties.

While this might have shocked the world of tennis, she was never ridiculed by her fellow Belgians or the Belgian press with respect to her decision. In their opinion, Justine Henin was a player who had the potential to become a legend of the game of womens tennis and perhaps managed to fulfill the criteria to become one already but had not fully solidified her legacy to the point of being able to shut up even the most unreasonable of critics.

It was a personal decision that she made, owing to her wish to concentrate on other aspects of her life having come to the conclusion that there was more to life than tennis and that she was extremely grateful for the support her band of traveling fans provided over the years. The Belgian government thanked her for representing the nation with dignity and respect over the years along with the joy she brought to the nation associated with the titles she proudly displayed each time she came home at the end of a long season.

Shahid Afridi in contrast brought several successes to Pakistan from a young age all the way up to his late twenties. He started his career with the fastest century the world had ever seen and managed to restore a sense of pride into a nation still hungry for further cricketing success having lost many of its heroes to retirement after the 1992 World Cup victory. He had a strange metamorphosis making his contribution  primarily first as a batsman but went on to become an unpredictable spin bowler worthy of mention.

He brought home the T-20 World Cup in 2009 and nearly led the Pakistani’s to victory in 2010 if not for one of the most unlikely losses in the countries cricketing history. A match which the Australians won, not one that the Pakistani’s lost in the opinion of crickets most knowledgeable critics.

He followed this up with a few honest assessments of the situation only to  be labelled a traitor and a ruffian.

What is better then, I ask, lying to the nation about your capability or being honest and wanting continuity in a game you dearly love?