Order of the day 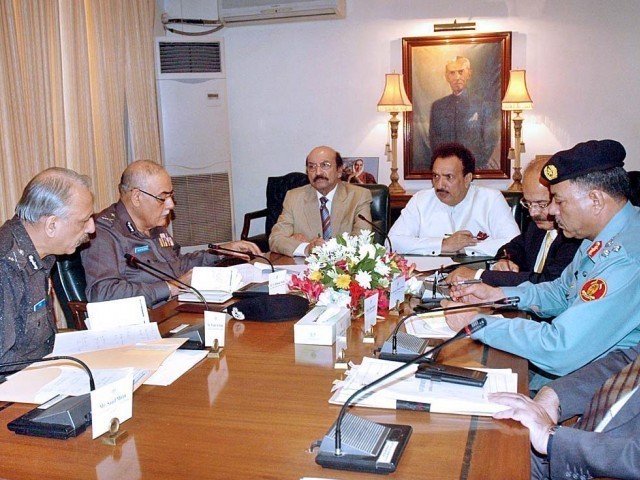 I called a friend in Karachi the other day to ask how he was doing. He responded with a verse from Ghalib which talks of a sea of blood in front and fears of worse to come. Asked about the government’s efforts to prevent further aggravation, he read another verse by Ghalib complaining of the confusion caused by new rules being announced every day.

You may not find the couplet in Ghalib’s Dewan. It is one of those verses buried in his letters describing what Delhi was going through after the 1857 Mutiny was put down. Soon after this friend cited it to explain Karachi’s situation, a rather vivid example became available as an official order issued in the morning was cancelled before the evening. The new order was issued in the form of a denial.

The original order was quite something. But the order denying or clarifying it was better. I saw a minister being questioned on a TV channel about it. The minister apologised and said a statement had since been issued to rectify the mistake. The content of the order and the correction remained a mystery until I saw the newspapers next morning.

The papers said a statement issued following a high-level meeting in the morning had warned the extortionists and criminals to immediately leave Karachi; else, they would be dealt with with an iron hand. Following stiff criticism by the media and some other circles, the report said, the government issued a revised statement saying that stern action could be taken if criminal activities did not cease.

I failed to understand what the media may have had against the first statement. But then I read the revised statement and there was a clue. The objection apparently was to the criminal gangs being told to leave Karachi. Once that part was withdrawn, the objectors were content.

The dissenters clearly found the warning to criminals unbecoming a civilised government. Such ultimatums reek of discourtesy. There may be some justification to the kind of language where a conspiracy by Hindus and Jews is suspected. That clearly not being the case, such ruthlessness was totally uncalled for.

The way the revised statement deals with the situation is quite appropriate. It says in effect, it’s alright for you to stick around but do behave. That is how the mischievous among children are warned.

A friend wanted to know what the media people and others who objected to the original statement had had against it. “Why don’t they want the extortionists and robbers expelled? What is so endearing about the murderous lot that we should want to keep them close to us?”

“What can I say after that”, he said. “Citing Faiz, you leave me no room to reply.”

But all that is Karachiites’ headache. Let them deal with it. For us, Lahoris, the situation is different. We seem unable to cope with even the dengue mosquito. The city government and the health department had both warned us about it beforehand. They had also started some preventive measures. But the arrangements all seem to have been in vain. The mosquito is here and they appear as helpless against it as WASA once the monsoons arrive.