Surviving suicide: My journey of grief and bipolar disorder 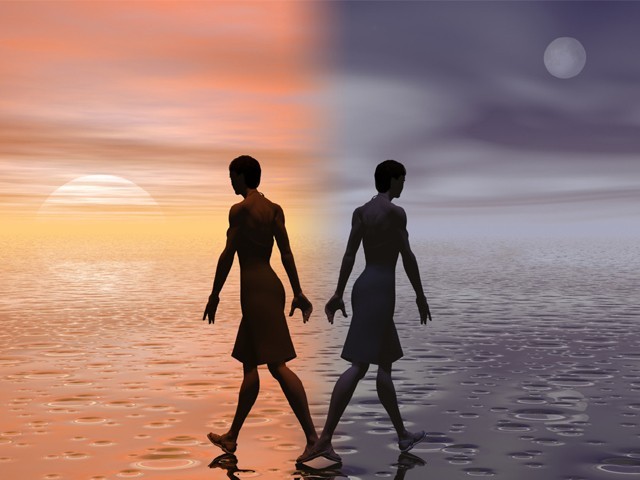 For a while, I felt like a hypocrite thinking of suicide while preaching how being bipolar had been a blessing. PHOTO: GETTY

People most commonly associate suicide with depression, but it’s a misconception that a person can only feel suicidal when they are extremely sad.

The first time I was ever suicidal, it was because I was depressed. For days, I drowned myself in tears, praying that either God would take my life or I work up the courage to take it myself. During the moments that I didn’t waste on prayers for death, I simply then switched gears and prayed for mania.

I had never experienced mania before, but to my understanding, it was supposed to make me feel happy, energetic and most of all, not suicidal. Weeks passed and then finally my first manic episode arrived. I was still suicidal though, probably more so than when I was just depressed. With my thoughts racing so fast, I could barely decode my own feelings. I didn’t even know who I was during these episodes.

I was 16-years-old and I had just been diagnosed. My psychiatrist explained mania and depression to me and what symptoms to expect, but I definitely wasn’t prepared for what was to come. I understood depression. It was depression that brought me to her office – the endless crying, an unfound pain in my heart so heavy that it felt as though I had chest problems – but mania had remained a mystery to me.

I relied on the guidance of my psychiatrist, but there was still a part of me that didn’t take her seriously. The way she described mania to me made me believe that I would just be hyper, however, in the weeks to come, mania would take over my life like a storm.

I had convinced myself that mania would bring happiness back to my life. Tears of sadness turned into tears of frustration when I couldn’t deal with the racing thoughts or the paranoia it actually brought. My mind was so wired that sleeping felt impossible. Frustration and confusion wove together and self-hate began to build within me. The suicidality I had previously felt was a result of sadness, but for the first time, I wanted to take my own life because I had begun to hate myself. Over the years, the self-hatred would occur in waves and those waves always came back stronger overtime.

In the summer of 2012, it was the first time that the ideations of suicide plagued my thoughts for years on.

Four months had passed since my sister’s murder and to say I was depressed would have been an understatement. I had hit the stage of grief where I had begun my negotiations with God. In my distorted rationale, I believed it was better for me to have died rather than her.

I reached over to open the drawer of my nightstand and took a cocktail of medications. Within five minutes, my body entered a stage of panic. I had imagined myself falling asleep and just never waking up – it seemed like a peaceful way to go, but the reality was nothing like that. My heart paced rapidly, my body sweated profusely and with my hands shaking, I dialled for help.

At that moment, I realised that my will to live had overcome me, and having never been hospitalised before, I was scared of what would happen next. I remember very little of the events that brought the ambulance to my house, but I know I wasn’t the one who called for it. To this day, I can’t remember who I did call during that moment, and to be honest, after all this time, I never asked. Maybe there is a part of me that doesn’t want to know who I placed that burden on.

I wish I could say that was the last time I thought about suicide, but I have come to realise that I will always wrestle with those thoughts. There are days my life will become so frustrating and hopeless that I can feel myself start to lose my will to live. What I need to ask myself then is whether I will actually act upon those thoughts. My therapist and doctor frequently ask,

The answer is no, but I do know my limits.

There is a part of me that thinks my suicidal ideation provides a sense of balance in my life – the balance between feeling that life is so terrible that I don’t want to live and wondering if I will ever truly do it. However, of course, for many, this balance sits on a fine line. Suicidality in any form is unhealthy, but that does not make such thoughts unnatural or sinful.

For me, suicidality did not stem from extreme sadness but rather from hatred – hatred towards myself, life, situation but mostly towards my disorder. It has been 10 years since my diagnosis, and still, suicidality is a struggle. In so many ways, I have accepted my illness and it has made me stronger. I wouldn’t be half the person I am today without it. This is the spiel I have to sell myself when I am at my all-time low, on the days I still feel so paranoid or confused by my own feelings that I think about taking my own life.

There is a rational part of me that talks me down and knows now how to take care of my suicidal self. However, what people don’t understand is that suicidality and bipolar disorder are intertwined in a complex relationship.

For a while, I felt like a hypocrite thinking of suicide while preaching how being bipolar had been a blessing. This is where the complication lies. Bipolar disorder has given me the greatest gift of strength. All the tests and obstacles my disorder has put me through have taught me tenacity. Because of this, I am able to overcome my suicidal ideations, but recognising bipolar disorder as a blessing does not make me hate it any less. Some of life’s greatest gifts or blessings are bittersweet.

Even after years of therapy, developing coping mechanisms and taking medication, it continues to be an ongoing battle. I might never truly rid my mind of suicidality, but I think it’s more important that I always remain consciously aware of its presence.