On ape-administered territories and a hero’s kidnapped son 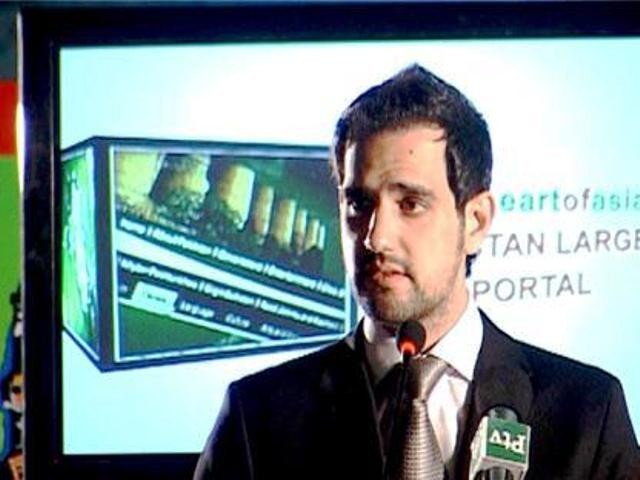 A famous Pakistani musician had a Facebook status last week that read, “Planet of the Apes: Based on true events in Pakistan.”

This is debatable. The Planet of the Apes franchise is based on themes of racism and intolerance based on dogmatic beliefs and bigotry. While the 1968 original and its four sequels were much more explicit in delivering this argument, with scenes, props and bits of dialogue quite clearly meant to illustrate the point, the recent reboot/prequel portrayed the problems in a much more sublime manner, and focused more on ambition, abuse and revolution, all linking to the same original themes of course.

Here is a tale of a man obsessed with healing his father, and willingly breaking an important medical research rule in the progress; Here is the tale of a father who just wants to do what, for him at least, is impossible; Here is the tale of a son, who does not understand why he must wear chains just because he looks different.

In the movie, the ‘smart’ apes are identifiable by a green glow in their eyes. Caesar, however, as the first ape born to a ‘smart’ ape parent, has a very different gleam in his eye. He is smarter than the other apes, and he knows it. He has lived amongst the enemy and learnt that with the exception of a few, man is evil and capable of nothing but destruction. This breeds the desire to break free and be independent, and as later scenes show, the dumb dirty apes actually outfox the ‘civilised’ humans.

Much like reality, it seems that the oppressed class is actually not inferior-it is in fact far superior. Intellectually and physically, the ruled, through strength in numbers alone, are much more likely to have within them the means to reverse the situation. Unfortunately, with age and experience comes cynicism and despair. The old, having tried and failed to fix things in their own heyday, see no point in watching their children suffer the same failures.

Unfortunately, while the young have ambition and hope, their lack of experience means that they will behave instinctively; looting, pillaging and looking for short-term gains rather than long-term fixes for the problems that led to the uprising. Most prominently, they will make the mistake of trusting the untrustworthy, based simply on ethno-religious bases. Caesar will be betrayed by his own kind. Just wait for the sequel.

So is the movie really a reflection of Pakistan, or is it a coincidence that one is the moving story of creatures that are biologically similar, yet hate each other based on lies and misconceptions created by the actions of a limited minority of the population, and the other is Planet of the Apes?

One of the first people to comment on the same status went missing on Friday morning. A man whose father was shot and martyred by a glorified policeman, who in spite of firing dozens of rounds at the only notable member of the ruling party to come to the defense of a poor victim of persecution, somehow managed to be arrested, rather than shot dead on the spot by the rest of the police detail.

While the policeman was garlanded with flowers and had prayer vigils in his honour, those brave enough to tell the truth behind the martyred hero’s words, or even willing to lead his funeral prayers, have been living in fear ever since. And now this.

The abducted man is not a politician. He is a businessman. He is the son of a man whose political achievements, whatever you may think of them, will always be secondary to his achievements as a businessman. The policeman’s actions left the unfortunate kidnapping victim and his siblings some enormously large shoes to fill, but they have easily shown that, even if they cannot replicate their father, they have inherited more than a bit of the country’s most famous accountant’s business acumen.

Why he was abducted is unexplained. When he will come back is unknown. The only certainty is that he will be showered with love when he comes back home.

There was a demonstration against his abduction in Lahore on Saturday, and I do hope it went well. However, more than that, I hope he comes back safe.

He did not deserve this, nor do the hundreds of others who have been kidnapped for ransom. One of my neighbours lived through the same ordeal. He was missing for months, and it was only after a king’s ransom was extorted from his family that he came home safe. The musician with the Ape status was himself kidnapped a few years back. Thankfully, he and the other victim also went home safe, yet again in return for a large payout.

There’s a pattern here, and it’s not that people with means are being kidnapped. After all, poor people have been picked up for ransoms that would seem a pittance to the rich.

The pattern is one of failure. The failure of this government, the previous one, and every government that has ruled this land, at least in my lifetime, to provide even the most basic human rights to the people who elected it, funded it and were continually betrayed by it.