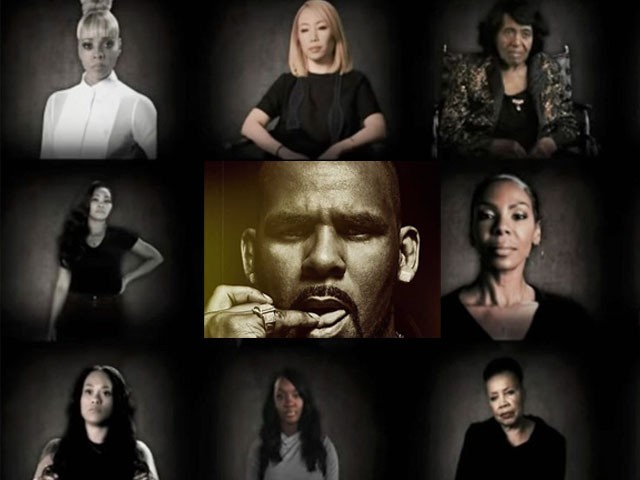 This documentary series on R Kelly focuses on the victim.

Harvey Weinstein, Bill Cosby and now R Kelly. Like countless other men, these men were accused and guilty of sexual abuse and assault against women. Here is the situation that continues to baffle many people including myself: when a woman claims she was sexually abused or assaulted, the man in question always tends to deny it. Why does our society and justice system always defend the man? Despite living in a time and society where we want to empower women, why are they not being listened to in the first place?

Believe it or not, there are enough people out there who still struggle to understand what constitutes as sexual abuse or assault. According to the definition in the Collins Dictionary on my bookshelf, sexual abuse refers to the horrific act of a person or child being forced to take part in a sexual activity, taken advantage of or engaging in undesired sexual behaviour – often regularly over a period of time.

When force is immediate, of short duration or infrequent, it is called sexual assault. When individuals as young as children are abused and are not old enough to consent, it is referred to as child sexual abuse or statutory rape.

For the victim, sexual abuse changes everything. This is what the documentary series on R Kelly focuses on – the victim.

R Kelly’s former backup singer Jovante Cunningham recalls with tears the time she worked for the star and witnessed the abuse and manipulation he put his victims through:

“We went through a lot. We experienced a lot. We saw a lot. He destroyed a lot of people. I can’t stress to you enough how people are still suffering because of things that happened 20 years ago.”

This all happened 20 years ago and only under 13 years ago, Tarana Burke came up with the ‘Me Too’ phrase, kick-starting the Me Too movement that seeks to fight against sexual abuse and assault.

Although the movement has existed since quite a few years, only last year, high-profile celebrities such as Gwyneth Paltrow started joining the movement.

This documentary series sheds light on information such as the revelation that R Kelly at age 27, married the late singer Aaliyah at the age of 15. It doesn’t, however, explicitly mention who forged the documents to state that she was 18 at the time.

What is in equal parts appalling and repulsive is that this man – in his late 20s at the time and clearly mature and aware of what he was doing, managed to marry a 15-year-old (who was legally underage) and got away with it.

What exactly is the message here? If you’re rich and famous, you can get away with anything? I don’t think this message will sit well with individuals who desire and yearn for a society full of empowered women.

It is also important to point out that many people (activists, psychologists, survivors) who were interviewed for this documentary gave in to victim-blaming. This includes many who think that Kelly is being wrongfully singled out as a black man.

Instead of focusing on Kelly as the villain here, women including his former wife Andrea Kelly and Kitti Jones (who was 33-years-old when she met him) are given the chance to tell their stories through this documentary.

As I sit down on my desk to write away on my laptop, my friend (who herself is a victim of sexual abuse) comments on how shocked she was with just how many women were required to come forward before they decided to take any serious action.

To a large extent, I agreed with her. It is atrocious to think that even in the 21st century, enough women need to come forward for the world to listen to or believe even one of them.

As a child, I was taught that even the smallest person could change the course of history. I now know this isn’t true.

Perhaps this documentary series is a much needed step for the Me Too Movement. In the past, there were a number of cases filed against Harvey Weinstein and even some women coming out about their stories involving US President Donald Trump.

The R Kelly case though is significant especially for our South Asian community. Rather than labelling this case as a biased case against an African American man, it is a case that emphasises the importance of listening to the woman’s story – the woman allegedly abused and taken advantage of by a man.

With Pakistan’s toxic entertainment industry and the status of women in Pakistan still in dire need of improvement, this documentary might just be exactly what our society needs.

Rather than turning a blind eye to these stories, let us see what we can learn from them and perhaps apply the lessons to our society where the Me Too Movement can grow stronger and larger, to the point where all human beings – not just women – stand united against sexual abuse and assault.

Keeping in mind that we live in a time and society where we want to empower women to stand up and fight for themselves, this appears to be the right step to initiate not just for the movement itself but also for the sake of defending women’s rights on a larger scale.

I have known many women who were abused and assaulted and haven’t spoken up for themselves for fear of being called a liar, for fear of shame, and for fear of not getting justice. But this is where it all starts from. If we start from this, we can come together to make sure no woman ever has to or should go through this horrible ordeal.

Only when we come together and join hands against sexual abuse and assault can our society change for the better. It has to start somewhere and maybe this is it.