A patwari and youthia walk into a dhaba… 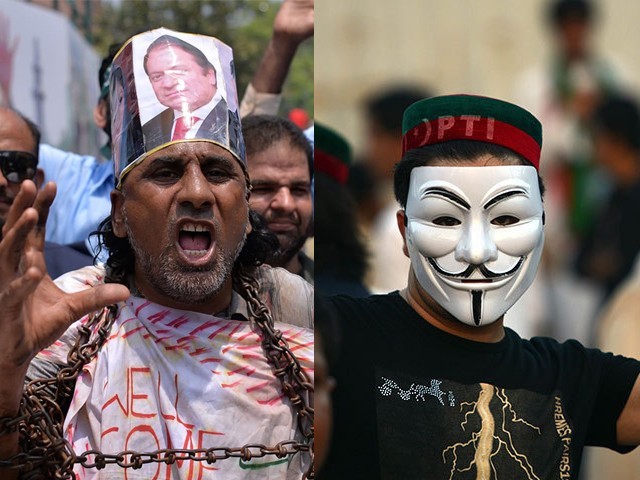 Such name-calling is indicative of a troubling paradox.

Or any place that serves a karak chai for that matter. The humdrum chatter at the venue drowns out any prospect of awkward silence. The two engage in conventional small talk as they await the chai that arrives shortly. From there, it’s all tea-dunked biscuits and fun until the conversation inevitably steers towards politics. All it takes is one comment critical of the current administration and one in rebuttal before the two simultaneously yell “patwari”, “youthia”. They storm off in their respective directions as the remaining chai turns just as cold.

It is deeply disconcerting to witness a similar attitude of swift stereotyping and disengagement in political discourse that occurs elsewhere, from newspaper Op-Eds to Twitter discussions. The terms are routinely used by journalists, eminent commentators, and by friends and foes alike. This only deters from what could otherwise be a fruitful exchange: the possibility of understanding opposing arguments and critically examining one’s own.

This penchant for listening to respond rather than to learn is perhaps indicative of our education system’s failure to inculcate critical reflection and honest introspection. By way of similar speculation on a personal level, perhaps our disdain for possible cognitive dissonance outweighs the benefits of candor in conversation. What I would insist upon, however, is that until we are able to establish the space and patience to question and express freely, many of us will continue to associate critique with treason, if not apostasy.

While the onus is on the government to ensure that the right to freedom of expression is upheld at the national level, assailing social sanctions that deter such exchanges on a personal level is the duty, if not the privilege, of everyday citizens such as ourselves. Are we consciously aware of the fact that our notions are being challenged in a conversation? Are we intimidated by the possibility of being proven “wrong” or of being convinced otherwise? Are we incapable of discerning between acknowledging a viewpoint and agreeing with it? These are some of the elementary questions that could easily help with a self-diagnosis, should we choose to make the effort to determine whether we are a part of the problem.

Though this underlying attitude is more troubling, the terms from the title are themselves indicative of another troubling paradox. The use of the term “patwari” signals elitist privilege derived from attaining a certain level and type of education in Pakistan. It assumes that the person associated with the label is uneducated and/or entirely incapable of rational reasoning. The term “youthia” is perturbing for precisely the opposite reason. It penalises the young and often well-educated individuals for their political participation. It infantilises the biggest section of the populace in a country where 64% of the current population is under the age of 30. This approach not only alienates one side from the other but increases the size of the wedge between them.

The crevice seems to have crept in during the 2013 Elections and has been widening ever since. Differences over politics exist worldwide as they should. That is not the entirety of the concern here. The greater preoccupation of this article is with the discourse that we, in particular, have chosen to employ in expressing our disagreement. The concern specific to the Pakistani case is just how common resorting to name-calling really is among a good cross-section of the population.

Needless to say, the polarisation that this is indicative of also ought not be dismissed. We need not look farther into history than the previous year to be convinced that extreme polarisation only harms the political process. In fact, one of the largest democracies in the world, the United States for instance, is currently undergoing a government shutdown. Although an immediate result of Donald Trump’s obstinacy, it is a tangible albeit unlovely product of the Republican-Democrat divide that is at its historical highest. Nota bene this divide took its time to broaden and was not a drastic predicament that appeared overnight. It goes without saying that Pakistan can ill-afford such paradoxical privileges of polarisation. Unlike the US, Pakistan still has time before citizens are statistically more likely to change a partner than their affiliation to a political party.

Let us, therefore, take heed and build bridges this 2019. If not that, then let us at least develop the capacity to disagree without the exchange of acerbic personal comments. Having the capacity to engage in decent civil discourse is pivotal to every functioning democracy. Ergo, it is not only the right of every Pakistani to participate in political discourse freely but also high time to have honest conversations about the ongoings in the country.

Let us, therefore, tie our allegiance purely to Pakistan and weigh our critique with respect to that. Irrespective of what side of the political spectrum we are on, let’s learn to politely disagree, continue to demand accountability, question beliefs we hold dear and reserve the petty insults for coffee.

The author is a student of Political Science and Economics at Wellesley College, and is currently studying abroad at the University of Oxford. She tweets @e_huzaifa (twitter.com/e_huzaifa)