Remembering Ibne Insha: The man who wanted ordinary people to bring a revolution 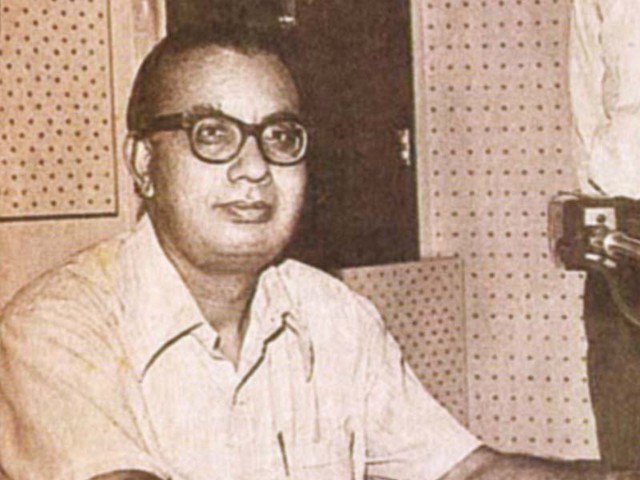 Insha is an optimist and gently encourages the ‘people of Egypt and Baghdad’ to awaken and take their fate into their own hands.

The great poet, humourist and travel-writer Ibne Insha passed into literary immortality 41 years ago. While writing in this space on the occasion of his 90th birthday, I had noted that he was not only a literary craftsman who had imbibed the art of creating natural, effortless humour out of the ordinary, but that his travelling had also exposed him to the Cold War machinations of the newly departed colonial powers, especially in the Middle East.

Even before Insha was struck by the disastrous Arab defeat to Israel in 1967, he travelled the Middle East. Whatever tragedy he saw unfolding in its bazaars and bylanes, he distilled his entire anguish in the form of a long poem, Baghdad Ki Ek Raat (A Night in Baghdad), written exactly 70 years ago this year. A veritable modern Arabian Nights written at the cusp of the beginning of the Cold War, this poem today is starkly prescient in anticipating the humiliating subjugation of the Middle East by imperial powers, in league with its various shahs, emirs and tinpot dictators, many of whom are still in power.

Insha’s villains are not only the imperial powers (in the poem it is Lawrence and Glubb Pasha) and their straps in the region, but also the cunning oil traders. On the other hand, his heroes are the ordinary people of the region, the oppressed masses; its “rusted slaves, importunate beggars, the peasant and the workers of the oil mill”. Later in the poem, he wondered aloud whether the region was resigned to its benighted fate. But like all progressive writers, Insha was an optimist and gently encouraged the ‘people of Egypt and Baghdad’ to awaken and take their fate into their own hands.

Insha, who died young at the age of 50, could not live to see that at least the Iranian masses rose up to do the same just a year after he passed away in the form of the Iranian Revolution (which will turn 40 next month), and just 60 years after this poem was written, the masses in not only Egypt, but Tunis, Cairo, Sana’a, Damascus, Manama and even Khartoum (as I write this) awakened to take back their rights in the form of the Arab Spring. Insha would have been elated at this development, and perhaps would have written a follow-up to his aforementioned poem.

To mark the occasion, I am presenting selected excerpts from the poem translated in English for the first time for lovers of Insha, as well as to aid a deeper understanding of the poet and humanist who was against war and all forms of imperial exploitation, and believed in a socialist future for mankind:

Sindbad take me with you today,

One entertains the mind when one wants to be entertained.

With you, I disappear from the view of time,

A constellation of thoughts accompanies me.

Now or after, perhaps we might end up in the same city,

Those were halcyon days, everyone had leisure

Everyone used to have a magic lamp in their pocket,

Djinns used to perform every task.

Where is the Baghdad of Scherezade’s imagination?

Politics of oil and crude dominates the atmosphere,

Even some caliph disguised as an oil trader

Emerges from a Baghdad thoroughfare.

Till when will the city and desert nourish this hunger?

Will Aladdin’s magic lamps be for everyone no longer?

Will no Prince deliver the counter-magic?

Will someone suggest an escape route?

From the lanes of Bukhara and Samarkand, the morning breeze brings the message of spring

And leaves, whispering to every flower

You too may overturn the gardens system,

It’s within your power.

To awaken the fate of Adam you do not need

To invite the sorcerers of Babylon and Nineveh, so pay heed.

To keep the affairs in Egypt and Baghdad straightened,

Their people will have to be awakened.

Otherwise the ill-destined rusted slave standing on the royal parapet

Will do nothing but to cry and fret,

And on every turn the importunate ‘Please, in God’s name!’