They were each other’s “meant to be”, but not “forever” 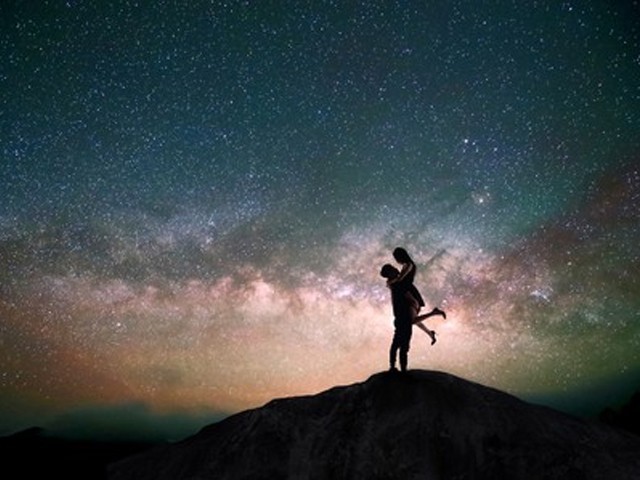 As designed by destiny, they would continue to drift... wander. Then meet again at intersections.PHOTO: STOCK

Souls have no concept of time. No clocks. No calendars.

Age dilutes us, makes us only watered down versions of ourselves. All of us become a little misplaced, a little lost under emotionless, bleached beams of the sun.

But these old souls…

These speakers of a forgotten language…

Resiliently seek the missing half, as if written on each other with permanent ink.

Continuously counting constellations, forgetting boundaries and reaching for the stars as they reach for each other.

With “his” madness rumbling in “her” heart…

With sunsets buried in her eyes, she was still in love with a moment from another time. A cage-less memory that could come and go at will. A moment when the gentle scent of passion made camp in the air. A travelling breeze froze, and got stuck to their bones, like salt in the sea.

The lovers left but love lingered.

She had spent a lifetime canvassing a sea of strangers. Days catapulted into months and years as her heart sang ballads with sad endings. But during all this time, she kept the hope alive for one replay, a redo…

And now… here they were.

Their fiction was now a reality.

His silent presence gently tapped her shoulder. That very familiar beckoning, howling her name in the dark, at a pitch unheard by others. In the moment that she turned to him, every sadness she ever carried somehow slipped off her tired shoulders and got lost somewhere on the cracked floor. All her chipped corners magically filled in, leaving her whole and new. Her eyes slowly and cautiously adjusted to a vision she had only imagined for years. A realisation awakened within her, that even after all this time, she still didn’t know how to be across a room from him and not be madly in love with everything he was.

Now, as he lifted his head to look at her, he gave her exactly what she was hoping for… a shiver down her spine.

There was so much history in the way he looked at her. Brown eyes had never been her favourite, until the day she saw his. All earthly colours somehow melted into those deep pools of dark-cinnamon swirls, carrying the depths of a thousand untold stories. Buried secrets within tinted treasure chests. The way he looked at her, crept into her being like a perennial vine. Letting her know that he believed whatever she said next, would be a divine truth.

She greeted him with her heart held loosely by worn-out threads – barely. Within her core lived an ache, written in a language so old even the earth didn’t remember it. And now, as soon as he smiled, the fragile strings of her heart snapped and gravity took over.

Just one look, a perfect distillation of what could have been but never was.

She had never been just a chapter of his life. She was an era. In a world of pretty, beautiful, stunning even – she was art. Not meant to please the eyes, but to invoke intense emotions. Ripping his heart to paint the canvas red – the hue of abandoned autumn leaves.

As designed by destiny, they would continue to drift… wander. Then meet again at intersections.

But this time, they fooled fate and befriended immortality.

Secretly, their souls took an oath… a bond written in crimson.

A promise to love each other again…

In a place where clocks don’t tick.

The author is an entrepreneur, a social media influencer, a voracious reader and a passionate writer. She can be a coffee snob, with sarcasm as her loyal side kick.

You in your sleep, me in my wakefulness

The only reality in a world of make-believe

The endless fascination of a window