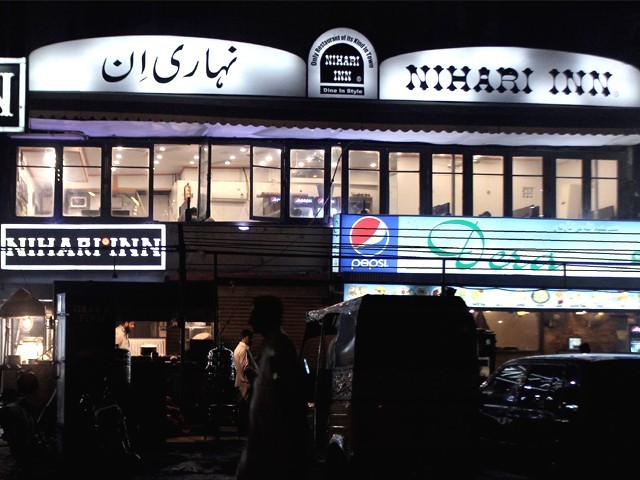 The server quickly refilled my (styrofoam) ‘cup’ of tea, and asked in the most inconspicuous and unassuming of tones if my nashta (breakfast) was to my liking. With such displays of courtesy, how could it not be?

This five-star service was not at an expensive restaurant in one of the more elitist areas of Karachi. No, this was at Dera, Boat Basin – one of Karachi’s go-to nashta places. Having recently achieved a significant milestone at work, we decided to have a commemorative breakfast at Boat Basin. It would be the usual halwa puri, and Dera itself requires no introduction. 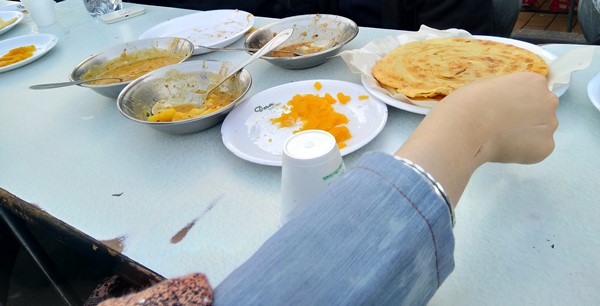 Established in the early 2000s, Dera quickly emerged as one of the best nashta places in the city. The best item on their menu is indeed halwa puri, which is a traditional dish and is a local favourite, especially on lazy Sundays. Some old-school cooks serve halwa puri with mango pickle and sliced onion; others include a variation of eggs – desi omelette or fried eggs, depending upon what you prefer. A well-known secret is that this meal isn’t quite complete without a glass full of sweetened lassi. 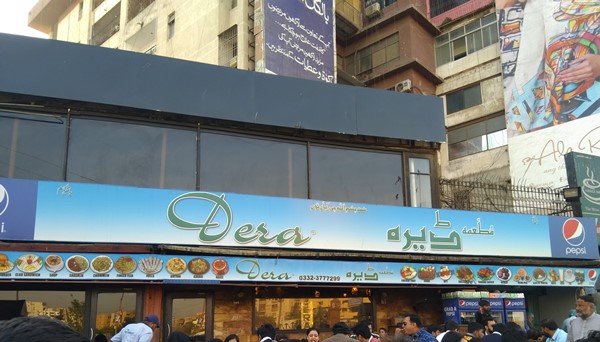 The food capital of Pakistan is often said to be Lahore, but I beg to differ. Yes, Lahore has its attractions, but Karachi has made a solid mark in the foodie’s paradise – with its culinary delights ranging from paaye to pizza and ravioli to rabri. To enlighten those who have yet to undertake this sacred food pilgrimage, Boat Basin is the ultimate food street running through Khayaban-e-Saadi, parallel to the Benazir Bhutto Park and extends till the commercial area of Motta’s, Clifton. The area is famous for its mouth-watering plethora of food offering – which is exactly what people associate Boat Basin with.

While we were there for halwa puri, this is only the beginning when it comes to what Boat Basin has to offer. One can easily take a trip through crispy paratha rolls at Roll Inn, tantalising tikkay and behari kebab, laden with spicy and fiery chutney at Tandoori Hut or Thali Inn, the traditional old is gold Hanifia burgers, or the iconic ice cream at Baloch. Those who grew up in the city will recall joints coming and going, where some, such as Mr Burger and Pizza Hut, relocated elsewhere after establishing their brand here, while others randomly disappeared, such as Kings and Queens Pizza, which is where the Hobnob Bakery stands now.

This food street is a serious business that includes no fancy presentation – just honest, good food that entices eaters into a very gluttonous feast. I remember my first experience of literally eating ‘at’ Boat Basin, and it was no light-hearted affair! It was a complete immersion in the halwa puri that was on the menu. 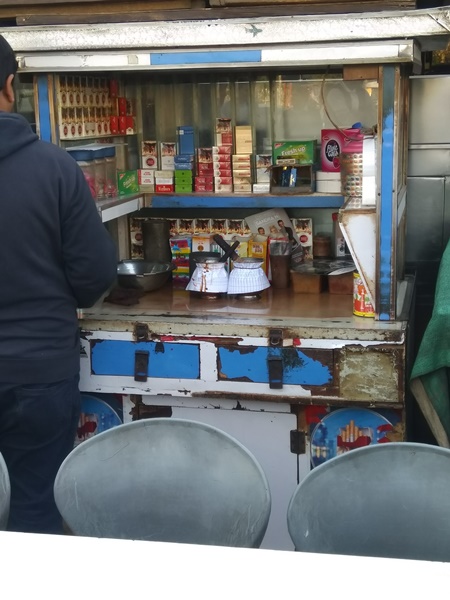 Emitting a very palpable energy from a distance, a closer view reveals steam blowing from barbeque stands, a legion of waiters scurrying around prospective customers, and countless eateries for foodies to choose from. The grills might have sajji, tikka or boti on display – who knows? And honestly, as long as its mouth-watering food, I really don’t think it makes much of a difference. This is how one would associate with Boat Basin at night.

However, ‘seasoned’ eaters will have differing perspectives. Escaping lives fraught with everyday stress, these people will tell you about sitting on charpoys with their friends or families, sipping chai or lassi along with a hot meal of their choice – taking a break from their everyday lives.

While gradually settling into my seat, I noticed that the area didn’t seem to have changed much since I was in school. Nihari Inn probably hasn’t changed its signage since it first opened, while KFC seems to have been there since the beginning of time, just like Tandoori Hut and Thali Inn (again, with the same signs that don’t seem to ever change). The construction site across the road also seems to have been a work in progress since I was in the 10th grade, with no material progress whatsoever. A monumental tribute to Benazir Bhutto is a relatively recent addition, but taking a left turn on the said roundabout on the same road leads us on to Mai Kolachi, which again has maintained its basic façade over time.

This street being a regular part of my daily commute across the city, I silently observe the very palpable energy pulsating from across the road, and yet, am simultaneously always riveted by the sounds and aromas wafting their way from the food area. I sometimes trek my much bruised soul across Boat Basin to just absorb the energy, even if it means taking a detour towards a commercial area nearby.

In my mind, these food vendors might very well be amateur cooks; perhaps they are adopting family businesses from their forefathers, or possibly improvising recipes shared across generations. Maybe some of them are former corporate slaves who are now seen trying their hand at something new. Then there are stragglers like me, who come solely to absorb the energy, if nothing else. Maybe we’ll buy something to eat, maybe not – it truly doesn’t matter. When our silence is louder than words, we wish to sit on the charpoy and silently sip the chai we bought earlier, whilst attempting to evoke memories of chai sessions gone by.

Food tends to let our guard down. Despite having spent more than half my life here, Karachi remains as elusive to me as ever, even as I grew older and became a professional with a great group of friends and a more than satisfactory life. But as my guard falls here, I continue reminding myself that life finds a way and that I get to live to fight another day. In the background, I overhear Zohaib Hassan’s Muskuraye Ja playing.

Tomorrow will be another day in Karachi. But at this moment, giving in to the chaos of the soul, letting the tears stream – in Karachi, to just give in and start again is the easiest, and perhaps the best thing. I quickly looked around to see if anyone noticed, but this is Karachi, after all. Nobody seemed to care, or even know, as I breathed a sigh of relief.

As the crescendo of Muskuraye Ja reached its high, I realised that sometimes it’s easier to just hang around and sob; the silent tears that only you experience. And when you leave this place that encapsulates the spirit of Karachi, you start everything again.

This is Karachi, after all. Where even the gentlest of tugs melts the silence of the soul.