12 times Pakistani sense of humour stole the show on Twitter 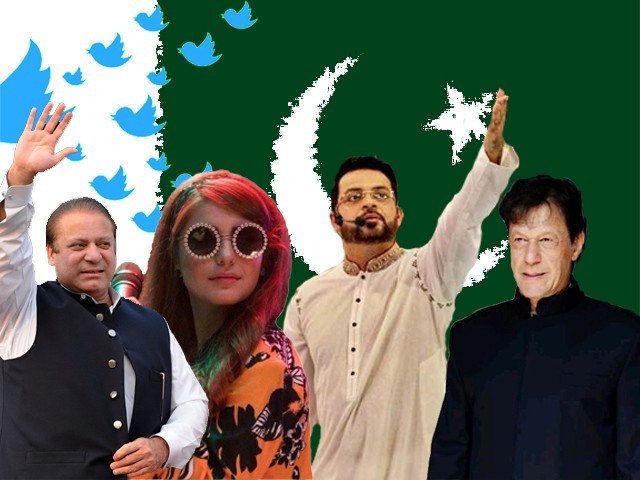 In a year that is certain to be remembered as a dumpster fire, the only thing that kept us going was a platform where all the dark souls on this planet gather to laugh at their misery – Twitter.

The end of the year is upon us, and yearly roundups are spreading like wildfire. After all, for Pakistan alone, this was the year of the elections, of some intense accountability and of some horrendous behaviour by politicians and celebrities alike. International news didn’t fare any better.

In a year that is certain to be remembered as a dumpster fire, the only thing that kept us going was a platform where all the dark souls on this planet gather to laugh at their misery – Twitter.

They say things get worse before they get better. Pakistanis can attest to that, for boy, have we had a year. But after what has been a tough, at times even bleak year for Pakistan, Pakistani Twitter has perhaps never been better. If anything, we can always say we are getting better at laughing at ourselves and taking the mickey out of the bizarreness we experience here on a daily basis.

Here are just some of the best tweets from 2018 to prove that at least Pakistan’s sense of humour has not been affected by the accountability and encroachment drives.

When the PTI jokes wrote themselves

In terms of winning the election, the Pakistan Tehreek-e-Insaf (PTI), has had a great year. In terms of literally everything else, it has not. However, this has led to some of the best jokes on social media, so #ThankYouImranKhan.

Someone already did this, I’m so proud of my country’s ability to immediately produce political memes that are 💯 on point pic.twitter.com/wRbEMSNekz

When Aamir Liaquat made Pakistan lose its chill

On a good day, we forget Liaquat is a Member of our National Assembly. On a bad day, he goes on to remind us he exists in the worst way possible; by ruining our safe space. Thankfully, whether Liaquat is making us cringe with his interactions with his wife, or making us cringe as he tries for a Netflix crossover, the people of Pakistan find a way to turn the cringe into a laugh (temporarily, of course).

Hey atheists, if god doesn't exist how did this happen? https://t.co/pmkK7SspUJ

When PML-N was not spared either

Safe to say, the Pakistan Muslim League-Nawaz (PML-N) has had a year. From Nawaz Sharif and Maryam Nawaz going to jail (and then coming back) and the party losing the elections, to both Nawaz and Shehbaz Sharif ending up in jail, there were too many incidents but even more jokes.

Nawaz Sharif to contact Rajkumar Hirani for his biopic. The movie to be named Ganju.#AvenfieldReference #NawazSharif

When Faisal Vawda’s ‘bravery’ inspired… a lot of jokes

Vawda bravely decided to arrive on the scene during the attack on the Chinese consulate, and people could not help but take note of his ‘massive’ contributions towards ensuring the safety of all Pakistanis that day.

What Faisal Vawda hoped would happen outside the consulate today. pic.twitter.com/gNXDZQuNql

How many of you social media cowards would risk your lives to jump in front of a moving camera? https://t.co/jVd0zYcRuZ

When women were funny and on point

This was the year women were compared to everything under the sun, from cement to juice boxes, and we somehow found a way to laugh through the ridiculousness of it all, while also schooling sexist folks to perhaps stop objectifying us (quite literally).

Thanks, Richard. The thought never struck any of us before but now I'm on a scooter as I tweet this. https://t.co/vAyaQbuN7F

Long story short: After protests began throughout the country following the Aasia Bibi verdict, Imran gave a strong speech calling out the protesters and “riyasat se mat takrana” (don’t mess with the state) became a glorified meme. No matter where you stand on the government’s action (or lack thereof), it shall be a while before we forget all the riyasat jokes we were gifted with.

In what was undoubtedly a great year for Pakistani cinema, with more films this year there were more opportunities at hand to laugh at some of the stuff we saw on screen.

Year 2089.
All of us: dead.
Pakistani cinema: still attempting a revival and casting a 200-year old Humayun Saeed as the youthful lead hero

The best part about the disaster that was Ko Ko Korina? The spat between Shireen Mazari and Momina Mustehsan, and the hilarity that followed after Mustehsan brought Uncle Ben from Spiderman into the equation for reasons that remain as unknown to us as the reason why Ko Ko Korina was allowed to release in the first place.

Not going to work on Election Day only meant more time for social media, and as the results started pouring in, many people relied on good old humour as a means to cope with the stress and uncertainty.

When Naya Pakistan just meant more things to joke about

If we are being honest, the Naya Pakistan rhetoric itself got old pretty quick, but the potential for jokes here really was the gift that keeps on giving.

When our cricket team deserved the burns

When it brought out the self-burns

The best part about Twitter is we never really need an excuse to bring out the best jokes: the ones where we target ourselves.

What strange form of warfare have we unleashed upon this world? pic.twitter.com/AqTxiBWFem

While we wait for the New Year to begin, we can perhaps find solace in the fact that come what may, at least Pakistani Twitter will continue to entertain us. This is a shoutout to all the Pakistani Twitterattis out there: thank you for making us laugh throughout this horrid year!