Ever since the referendum took place in 2016, the shambolic aftermath of Brexit has been laid bare for the whole world to see. Following an agreed deal with European Union (EU) negotiators, Theresa May has faced a perilous journey trying to persuade her fellow party members that the deal, as it currently stands, is the best one for the UK.

May has faced criticism from the opposition, a vote of no-confidence from her party members (which she survived), and countless to-ing and fro-ing from EU negotiators who are remiss about changing their stance on the Northern Ireland border or on trade deals. Businesses are gearing up for a no-deal Brexit, the National Health Service (NHS) has warned that medicine supplies might dwindle, and it looks likely that Britain will fall into another recession. Dire times lie ahead.

In the meantime, the new documentary-drama titled Brexit: The Uncivil War seems to offer intense and revelatory insight into the outrageous tactics used to persuade voters to vote ‘Leave’. Benedict Cumberbatch takes the shape of Dominic Cummings, who was credited with running the ‘Vote Leave’ campaign as well as all the nasty, racial undertones that were used to persuade voters. Ultimately, it was these very slogans such as ‘Let’s take back control’ and ‘£350 million will be spent on NHS instead of the EU’ that tipped the vote in favour of Brexit. 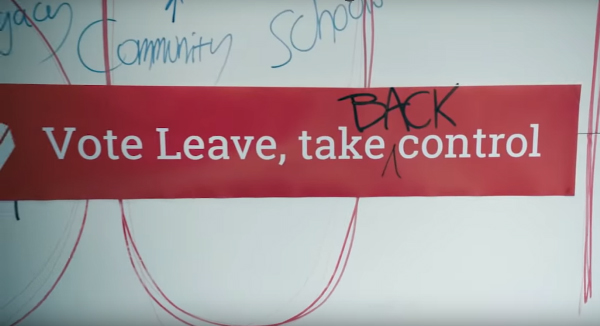 The Brexit vote came at a time when the debate surrounding immigration was intense. Scores of Syrian refugees were pouring into the porous European borders and there was a frenzied, unorganised response made by European countries regarding how to handle the influx. Britain, already overwhelmed by the deluge of Eastern Europeans pouring in from recently-joined EU countries like Poland and Romania, was aghast at the prospect of taking in more immigrants.

Further, a lot of British people felt a growing unease about being dictated to by the EU regarding immigration. This, alongside a general underlying tension regarding Muslims, made Brexit seem like the perfect revolt against the status quo.

These concerns and woes were perfectly encapsulated in the Brexit trailer, as Cumberbatch’s Cummings questions a group of prospective voters about the real reason they don’t want to remain in the UK. “Is it race? Is it immigration? Be honest,” are just some of the questions thrown to the nervous-looking individuals who clearly belong to some kind of a focus group.

Countries like Turkey are written in bold, which is a clear reference to the Syrian immigration crisis and the surrounding issues with race, religion and creed. Citizens felt people should really remember what Britain’s place is in the world, which is reminiscent of its colonial heritage and its iron fist over one third of the globe once. These kinds of grandiose statements reflect the true nature of the sentiment surrounding Britain’s past, and why the older generation was so forthcoming in voting to leave the EU.

Britain has had a love-hate relationship with the EU bloc since time immemorial. It initially refused to sign the Treaty of Rome 1957 which spearheaded the EU, and it was only when imperial and economic decline hit them hard that they decided to join the European Economic Community in 1973. However, the EU soon continued to add other countries and the initial nine member states grew to an exponential 28. Britain even refused to join the single currency, thereby showing just how much of a fractious relationship it has had over the years. 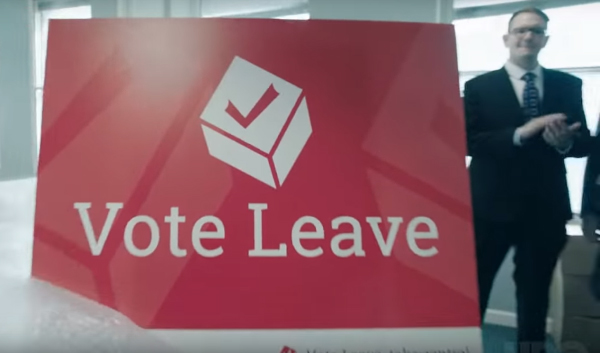 The Brexit movie comes at a very tense time, when calls for investigating the Leave EU team are being made. It has already started courting controversy, with people in the UK comparing it to making a movie on the ongoing investigation against US President Donald Trump. Some have criticised the filmmakers for going ahead with its release when no action has been taken yet against Cummings or his team of misinformants. It would have probably been a better idea to release the film once Brexit had actually taken place and the situation was a bit clearer.

Only once the movie comes out can we tell how it will present the narrative of the Leave campaign and whether the film will be able to make sense of a phenomenon most people in Britain have not yet been able to understand. However, given that we are currently living this moment in history, the historical events leading up to Brexit would have made more sense in the film once the UK actually left the EU.