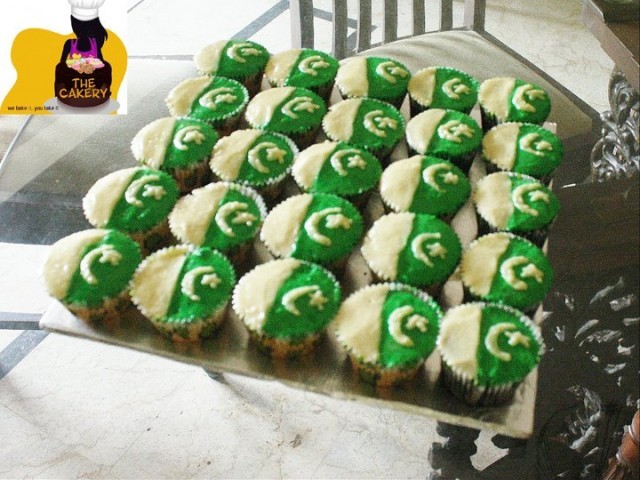 Within a few years, there will be no need for the white frosting on the Independence Day cake. PHOTO: THE CAKERY FACEBOOK PAGE

After four years of celebrating Pakistan’s Independence Day on foreign soil, I finally had the opportunity to celebrate the 14th of August in Pakistan. As with most celebrations in Pakistan, this celebration too inadvertently revolved around food. On this momentous occasion, one of my cousins baked a cake that looked like the Pakistani flag.

As I was staring at the appetizing green and white cake, I was reminded of a fact that my teacher once told me of how the green in the flag represented the Muslims in Pakistan, and the white the non-Muslims. I smirked to myself and thought that if that were the case, the cake needed to be redone to have 97% green frosting and 3 per cent white frosting, with the green frosting encroaching on the white frosting.

Even on the joyous occasion of Pakistan’s Independence Day, I could not help but notice the lack of inclusion, and the ill treatment of our minorities in the celebrations. Repeatedly one would see politicians and children, on television, stating the fact that Pakistan was made for Muslims and is the land of Muslims, with no reference to our minorities. One can only imagine how a Christian Pakistani or a Hindu Pakistani would feel after hearing these statements.

Over the past few years, Pakistan has been in a downward spiral of extremism and intolerance, evident by the fact that fliers calling for the deaths of Ahmadis are openly circulated. Moreover, Christians are murdered for not converting to Islam. 64 years ago Pakistan was formed because of fears that the Muslims would be oppressed as a minority in undivided India. It is beyond ironic that minorities are oppressed today in Pakistan.

It is common practice to talk about “Jinnah’s Pakistan” and how far Pakistan currently is from its vision. For most Pakistanis, Jinnah’s Pakistan is a mythical land, where it is no business of the state what caste, creed or religion one belongs to, and where there is “no distinction between one community and another”. Unfortunately for them, Jinnah passed away before he could elucidate the framework of a state based on preserving “Muslim ideology” that would allow people to freely go to their temples and mosques. Regardless of the confusing elements of Jinnah’s Pakistan, one thing is clear: that Jinnah’s starting fundamental principle for Pakistan was that “we are all citizens and equal citizens of one State”, meaning equal rights for minorities in Pakistan. Jinnah must be rolling over in his grave at the sight of the ill treatment and exclusion of minorities in Pakistan today.

Having a national holiday for the Pakistani Hindus would be a positive step towards including and highlighting the various major religions in Pakistan. In addition, laws such as the blasphemy law, which is used to target and oppress minorities, needs to be challenged, and those who incite hate against religious minorities must be prosecuted to the full extent of the law. Once tangible action like this is taken to integrate minorities into Pakistani society, and to safeguard their rights, we will move closer respecting Jinnah’s vision of Pakistan.

64 years since its creation, it is clear that Pakistan is a state where minorities are not treated as equal citizens. We cannot just lament over the fact that Pakistan has not turned out as Jinnah envisioned for minorities. We need to be more proactive in addressing the issue, otherwise, within a few years, there will be no need for the white frosting on the Independence Day cake.