From a great writer to a great a leader: How Manto came to terms with Jinnah’s passing 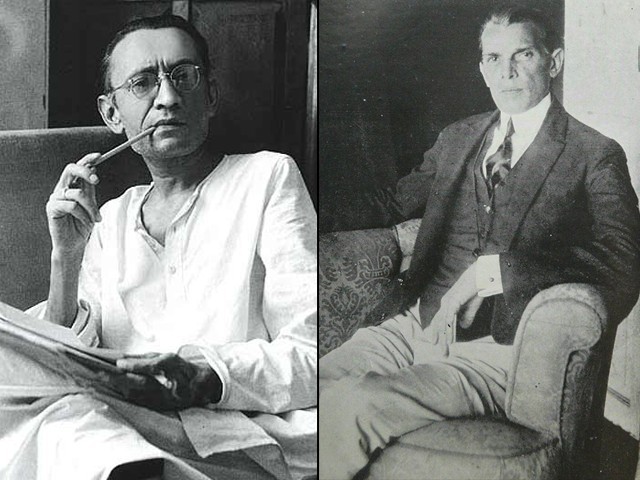 Manto perhaps wrote the piece to show not only his love for Pakistan but also his affection for the founder of Pakistan.

On the 142nd birth anniversary of Muhammad Ali Jinnah today, a little-known piece by the great Urdu writer Saadat Hasan Manto is being presented for the time in its original English translation.

This piece is part of Manto’s published but uncollected writings that are only recently seeing the light of day. Though there is little or no evidence that the great writer ever met the great leader, this piece – originally published in the Daily ‘Imroz’ just three days after Jinnah’s death in September 1948 – crystallises the raw emotions of a writer in the aftermath of a national tragedy in a uniquely restrained manner. Manto perhaps wrote the piece to show not only his love for Pakistan – a state he reluctantly adopted despite his personal opposition to the Partition – but also his affection for the founder of Pakistan.

The sentiment of the people evoked in the piece just a few hours after Jinnah’s death is perhaps the best translation of how Jinnah would have himself liked his nation to soldier on after and without him: not only his oft-repeated motto of ‘Unity, Faith and Discipline’, but also ‘Work, work and work’! In fact, the piece is remarkable also because towards the end of the piece, the writer reminds the reader of the real meaning of Islam, social justice, something Jinnah never tired of reminding us in his various speeches and public pronouncements.

The piece will also be of interest to readers as a unique, unvarnished documentation of social history of Pakistan from the perspective of its people immediately after the founder of the nation passed away. As such, it is a timely reminder that great leaders are only great so far as their people make them so, and even after them, the hard work of glorifying the flag must go on unabated!

“This is no time to vanquish flags, but to glorify them.” These are the plain words which I heard from the mouth of a passerby and I began to think.

Not a long time had passed now since the news of the passing away of Quaid-e-Azam spread in the city. The screams of newspaper hawkers were still resounding in the sad space of the afflicted streets. Sorrow and grief was spread on the face of every person. People were walking about as if walking behind an invisible funerary procession; they were whispering slowly. The unexpected demise of Quaid-e-Azam was being mentioned silently. Every person had become this question-incarnate, “Who do we have now?”

I too thought, “Who do we have now?” But these words of that passerby resounded in my ears, “This is no time to vanquish flags, but to glorify them” – I straightened my neck bent with excessive sorrow and began an attempt to see the other side beyond this mist which had overcome my heart and mind, but like the complete strike by the shops, the thoughts in the mind too were on complete strike.

One said, “This mourning will last for 40 days” – but what had that person said, “This is no time to vanquish flags, but to glorify them.”

I thought, no, no, this is the time to vanquish flags. This is the time to shed tears and mourn. The time for not just 40 days, but 40 years of mourning. But I was in the office of Imroz, despite working all night, the whole staff was present. Nobody greeted me, nor exchanged views with me regarding the death of Quaid-e-Azam. Everyone was busy in their own work. The faces were yellow. Hands were trembling. Voices were shaking. But they continued working. Pens were flowing smoothly over paper. I thought this then is real mourning, real grief.

When I left the office, I saw most of the people wearing black mourning badges on their arms. These black tatters repulsed me. I thought why are they advertising their grief. Why are they, with their yellow faces, trembling hands and shaking voices not doing the work they should be doing – why are they not in real mourning. Why did they not hear the voice of that passerby, “This is no time to vanquish flags, but to glorify them”.

I was in the office of Radio Pakistan. The entire staff was there despite it being a Sunday. The tongas were on strike, but the newscaster Syed Muzaffar Hussain, who is disabled (and cannot walk) was also present in office, but his lips were bereft of that forever playful smile.

There was Hafeez Hoshiarpuri. He had contrived verses at 2am on the death of Quaid-e-Azam Muhammad Ali Jinnah; he was sitting on a chair. His cheeks had shriveled further inside, and he was nearly empty-minded. But the business of making and receiving calls here and there carried on. Fareed sahib was the station director. His colour completely yellow, with dark wheatish circles beneath the eyes, he was sitting on a chair. He was giving directives about the attached program, with one hand in a state of extreme hopelessness and with a broad forehead.

Everyone’s colour was yellow. But the spirit was like red rubies, glittering and simmering. I thought, who do they have?  I did not get a response – but the response was in that what they were doing.

I thought, who do they have? Came the reply, “who” are they to themselves and once more the words of that passerby resounded in my ears, “This is no time to vanquish flags, but to glorify them.”

My heart leapt with joyous excitement. Quaid-e-Azam has passed away. The entire nation – the nation which includes those millions of muhajirs who are wandering helplessly –  is wailing, beating its chest, but there is also a challenge of resistance in this mourning, a silent cry of control and discipline, which could be present in a mourning but living nation, and should be.

Quaid-e-Azam has passed away; and been buried. But this is the will of God. The answer to a difficult question like “Who do we have now?” is that “Who” are we to ourselves – the Creator of Quaid-e-Azam is the Omnipotent who has also created us

A mourning of 40 days or one day is complete nonsense and useless – to shed tears at the unexpected death of an individual (however dear he maybe to us) in the battlefield while fighting the battle between blood and iron, or while laying the bricks of a newly-structured state is to vanquish one’s flags.

Quaid-e-Azam Muhammad Ali Jinnah was not our flag. He was just a leader of the community, who had created this flag and waved it for the first time. “Pakistan” is our flag – not even Pakistan, for it is too limited. Our flag is “Islam”, which also means justice. “This is no time to vanquish the flags, but to glorify them.”