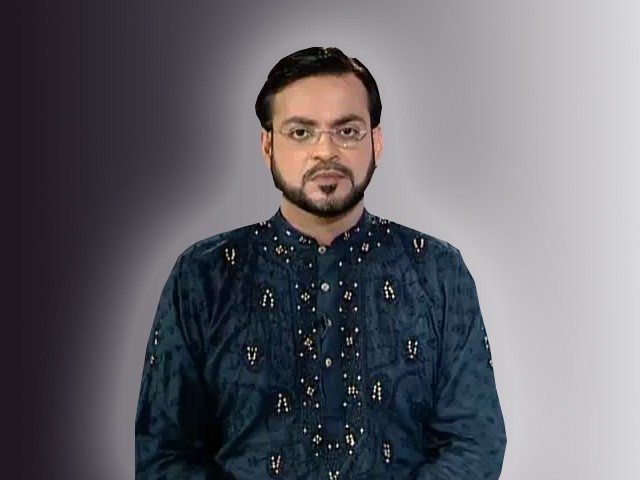 Who would be the next victim of such ‘exposing’ videos? Aren't we all in danger of being exposed by such vigilantes?

After hours of cat and mouse between copyrights owner and uploader, the Dr Aamir Liaquat video is now firmly rooted on YouTube servers. Even with Mr Liaquat denying the authenticity of the recording, his claims are not swaying the public at large.

He has undeniably been caught, exposed and will perpetually be grilled over his less-than-holy behavior.

Preceding this fiasco by several months, I had come across a YoutTube personality who similarly exposed people doing things deemed unacceptable. His special interest wasn’t TV personalities and their unbecoming demeanor off-camera – his subjects seemed ordinary people like you and me, who want to live their daily lives to be clean and simple. More specifically, he leaked videos of young Pakistani girls daring to go out with boys on casual rides.

His collection covered women from Lahore to Multan and Karachi. As immensely profane and repulsive (and sexist, considering they never taped the guys) as the videos were, they also attracted hundreds of comments which expressed awe, shock and condemnation for the despicable acts that were taped. It was vigilantism 2.0 in full action – garnering more and more views every day as people fulfilled their ‘responsibility’ by spreading the word about these videos.

I felt horrified at the prospect of having such secret policemen. Equipped with low-resolution, point and shoot cameras tucked in to their sleeves or attached to their phone, but with no ethics that govern such devices, these people can catch us off guard doing acts that we may regret later. As soon as a video hits YouTube –immoral, unethical or even illegal –there is no way to tell whether it can be safely removed from the Internet ever.

Even once you forget, repent and move ahead, your past can continue to haunt you for an indefinitely long time.

The fall from grace of televangelist Aamr Liaquat, brought about by his proclivity for loose language is genuinely disturbing and disrespectful. To the unease of many, he enjoyed the trust and recognition of viewers across Pakistan and beyond (does he still?). That itself should have had a sobering influence on this frisky, animated character that we now know him as.

However, we need to ask ourselves some deeper questions – is anonymously leaking such copyrighted video clips on the part of an insider not an unprofessional and unscrupulous breach of trust? Who would be the next victim of such ‘exposing’ videos? Aren’t all of us in danger of being exposed by such vigilantes when we engage in compromising behaviour?

Today, we may ignore the means by which the video was leaked and hence tacitly approve the act of publicizing somebody’s past wrongdoings. This can severely endanger our own civil liberties at the hands of elements who, in their immaturity believe that they somehow have the moral high ground when they reveal the shortcomings or weaknesses of someone else.

There is a difference between accountability for one’s actions and pointless mockery. No one, no matter how disagreeable we may find them, should be stripped of the right to keep their dirty linen and past wrongdoings away from the public’s gaze.

Let’s be generous about the dignity of our fellow beings and put a stop to viral videos that are meant only to shame others.