Old movies and how cool they are 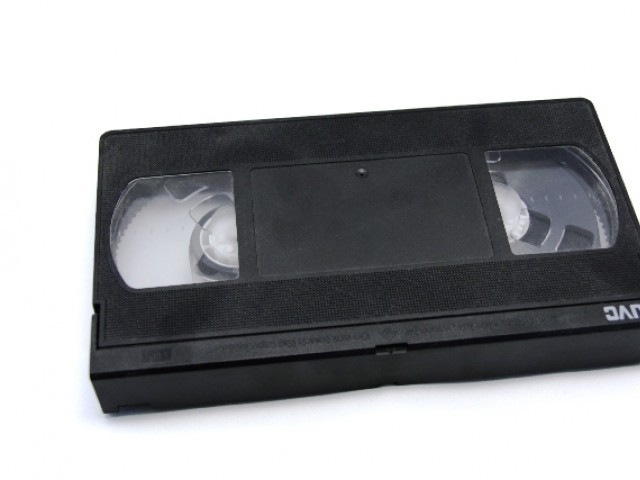 Call me old-school, call me outdated, but one of my ideas of fun family entertainment is watching classic movies. My sheer fondness for these movies is both appreciated and made fun of by people my age.

I developed this fondness early on, when my dad made me watch Citizen Kane.

Citizen Kane, he told me, is considered the Mount Everest of Hollywood classics along with Gone With The Wind and Casablanca, or in simple words, the greatest of the greatest.

Back then I was completely uninterested in watching something in black and white since it clearly implied being old-fashioned (or so I thought). As a little girl I would sometimes sit and pretend to watch closely those movies with my dad; but to really watch and understand them was a different story.

I didn’t enjoy Citizen Kane and Casablanca much the first time I saw them. Maybe I just didn’t want to enjoy them. I wanted was to watch something contemporary. Something that would make me feel cool when I tell my friends about it. Being included in the cool category meant watching the latest Harry Potter, Lord of the Rings or any other recent blockbuster at the box office. Nobody my age had the remotest idea of what Citizen Kane even was.

My dad would deliberately create the “this is family time” environment in which we all would have to sit in front of the TV screen and watch those movies. It would be deemed almost rude if my sister or I decided on not watching something that my dad had built so much enthusiasm around. When I would speak of how none of my friends have even heard of movies like Top Hat and It’s a wonderful life, dad would say that this difference was what would make me a unique person. It took a few more movies and a few more of those “family time” sessions for me to begin to comprehend the stories and to really listen to the dialogues.

The Wizard of Oz is my favourite movie. It’s a musical that is remarkable in every aspect, from direction to choreography; you could watch it over and over again without getting bored. In time of no computer technology and not-so-advanced cameras, you have to hand it to the director to make a movie that’s spellbinding in every aspect, from its music to its inviting visuals. There is no movie up to this day that can match it. It’s THAT good.

Harry Potter and Inception may have broken records but it’s the 21st century for crying out loud, and we have the marvels of special effects which have, for better or for worse, reinvented the entire movie scene.

As I became fond of watching classics, I couldn’t help but to compare them to the contemporary Hollywood stuff. Old movies had a way about them. They thrived on the simplicity in their stories. Back then there was no high-tech and little glamour, but there was creativity and artistry in abundance. These days most of the movies are just hype.

By that I don’t mean that today’s filmmakers lack creativity (although perhaps they do), but their reliance on special effects, formula endings and clichés makes everything just so predictable. Why is the bad guy always a foreigner? Why does the hero never run out of ammunition? Why a person jumping in somebody else’s car finds it unlocked? Rarely do I feel that there’s a surprise in store for me when I watch a trailer of some new movie.

Before you start to think that I’m acting like some intellectual film critic, hold on a minute. My weekends would be incomplete without a trip to the movies. There are some genuinely terrific contemporary Hollywood movies, ones that don’t make much sense but are fun to watch anyway; ones with a brutally idiotic plot, and many with no plot at all.

Those I watch just to yell out colourful swear words at the screen. At times, fun comes from that too. And let’s not neglect Indian movies. As biased as I sound, I don’t find it hard abandonomg the compartment of my brain that deals with common sense before inserting I hate Luv Stories or Aisha into the DVD player. For the next few days I normally end up humming the catchy title song of the movie. Bollywood is incredible with music.

Speaking of Indian movies, the foreign film industry is usually overshadowed by Hollywood. My dad, however, introduced me to Italian, French, German and Iranian cinema. Often made with low budgets, they are simple and logical. They show everyday patterns of speech. They teach you a lot about another culture. People in them are actually human.

I wish these movies would win Oscars so I could spend money buying expensive tickets to movies such as Colours of Paradise or He loves me, he loves me not. These two movies are so gripping you’d forget you’re reading subtitles. There is no reason why these movies won’t appeal to an average movie lover apart from the fact that there is no buzz surrounding them.

I have a recurring fantasy of becoming a famous actress and I wish I was brought up in the era where I could be just another Elizabeth Taylor or Audrey Hepburn or even Juliette Binoche. For the time being, I’ll just go make myself some popcorn and settle on my couch for a dose of a classic or a foreign movie. Meanwhile you can make a trip to Radio City or Illusions. It’s about time we all woke up to the different cinema. Let’s go!

The writer is a first year A levels student. She was an exchange student in America from 2010-2011, and did her O levels from The City School Islamabad.

It is about more than just getting straight As

Does the BlackBerry girl convince you?

A year in America, and what I learned over there