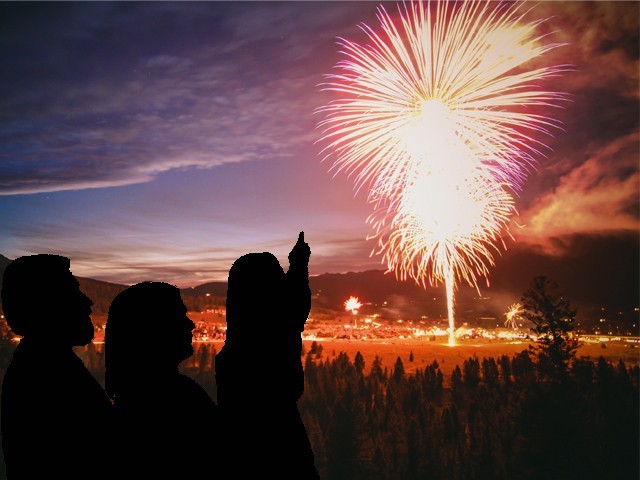 Amidst the buoyant crowd stood little Melissa, witnessing the New Year’s celebration. Thousands of miles away, another explosion lit up the night sky.

Amongst the silence, a flash of light rose into the air, exploding into a colourful flower of glitter. It was followed by several other explosions that lit up the midnight sky. The crowd roared, screaming,

Music blasted in the background as people danced and cheered. They shared their New Year’s resolutions, as it was a beginning of a new chapter of their lives, where they had to decide if they wanted to be a new version of themselves and live life to its fullest, or just continue with their same old routines. Large LED hologram animals danced in the sky, while bright and colourful lights flashed upon the crowd. Without even a speck of darkness in sight, it seemed almost as if the sun was out again.

Amidst the buoyant crowd stood little Melissa, witnessing the New Year’s celebration for the first time in her life. Her eyes glimmered at the sight of each bursting firework. She sat high up on her father’s shoulders, clapping and laughing joyfully. Her mother stood beside her, clutching her older sister’s hand firmly so she would not get lost in the heavy crowd.

“Daddy look! A giant bear! I want one just like that,” she pointed at one of the LED bears.

Her father took her down from his shoulders and cuddled her close,

“I’ll get the same one for my princess,” he replied, landing a peck on her forehead.

Overjoyed, she hugged her father, thanking him.

After hours of partying the family decided to head home, as the children had been up way past their bedtime. Though the fireworks had died down, the parties were far from over. For the youngsters, the night was still young at 2am. As they walked back to their car, Melissa, still in her father’s lap, drifted off to dreamland without a care in the world. After all, why would she worry? She was just an eight-year-old living in one of the safest countries in the world.

Thousands of miles away, a large cloud of smoke rose up as another explosion lit up the night sky, though much different from the one Melissa had just witnessed.

The crowd screamed and wailed “help!” as an ear-deafening sound blasted throughout the land, overcoming the screams. The crowd ran aimlessly and helplessly in search of shelter, as death rained from the sky. They shared the weight of their loved ones as they helped them get out of sight. Darkness spread, as people prayed for their lives.

It was midnight on New Year’s Eve, and a new chapter of their life had just begun. However, instead of planning for the chapter ahead, they had to make sure it wasn’t their last. Instead of celebrating, everyone mourned the death of their loved ones. The dark was overwhelming, and the only source of light was from the raging flames left behind by the explosions.

Amongst the melancholic crowd was little Asiah, who had witnessed this scene several times before in her life. Her eyes lacked any colour or emotion as tears streamed down her dusty face. She sat on a pile of debris, crying hysterically with her father’s severed body right in front of her. She called out for her mother or brother, but amidst the chaos, no one paid any heed to her pleas.

“Mama, I am scared!” she cried out, in hope that her mother would appear out of nowhere and coddle her, but unfortunately her mother was nowhere in sight.

“Papa, wake up! I am scared!” she wept, shaking her father, who lay there, lifeless.

Her innocent mind had yet to comprehend the fact that her father was not asleep; rather, he was no more.

After an hour of crying, Asiah managed to get up and go out in search of her mother. She let the smouldering flames, which had not yet died down, show her the way. Her swollen eyes watered due to the smoke. Fear dwelled inside her entire body, as cries for help surrounded her from all directions. As she made her way through the debris, she found her mother on the ground, covered in blood and missing a couple of limbs. Next to her lay her brother, in a very similar condition. Though they were not breathing, little Asiah thought they were just sleeping. She cuddled into her mother’s chest, still weeping.

“Mama, papa won’t wake up,” she silently cried, as she too silently drifted off to sleep, never to wake up again.

What a great start to the New Year.