Despite its talented cast and progressive story, Pinky Memsaab could not shatter the glass ceiling 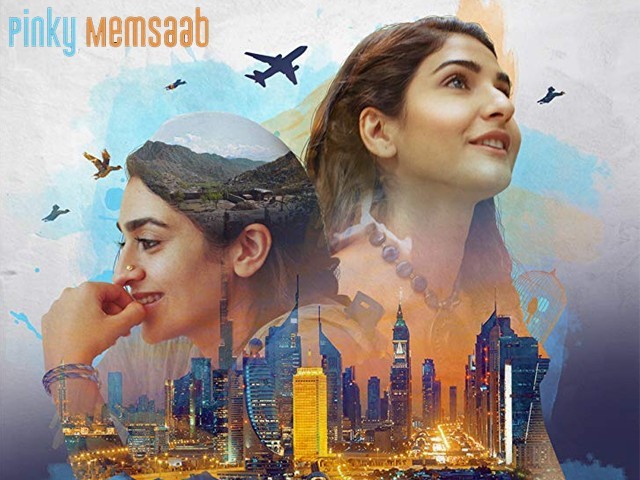 The half-baked storyline failed to convey the director’s aspiring concept of a unique genre and persuasive storytelling. PHOTO: IMDB

Whether it’s Hollywood, Bollywood or Lollywood, film industries around the globe are investing in women-centric stories. The progressive voices are much louder than ever and are effectively paving the path for change. Women filmmakers are now more often seen in the limelight and movies with multi-dimensional women protagonists are encouraged.

One of the main and common concepts behind such audacious characters is self-discovery by killing stereotypes. For instance movies like Wild (2014), Zubeidaa (2001), English Vinglish (2012), The Devil Wears Prada (20016), Queen (2014) and Lipstick Under My Burkha (2016) highlighted a sense of self-worth and depicted female power.

Dubai-based indie film director and writer Shazia Ali Khan’s much anticipated directorial debut venture, Pinky Memsaab, highlights how women can contemplate their strengths and weaknesses. Khan tries to sketch a complex, thought-provoking and multifaceted portrait of two dented souls who find solicitude for each other and embark upon a voyage of self-discovery.

As a fan of egalitarian cinema, I had high expectations from Pinky Memsaab and hoped that the movie would be a benchmark for fortifying the notion of women empowerment, class barriers and fighting societal conservatism through its female-driven content.

However, Khan missed the boat by failing to intelligibly illustrate her film’s storyline. The buzz and excitement that was created through its much hyped trailer fell flat and the plot remained deficient to generate the intended or probable effect.

As the movie opens, a naïve woman named Pinky (Hajra Yamin) is shown moving from her village in Punjab to Dubai to be a domestic helper for a memsaab (madam), a swanky socialite Mehr (Kiran Malik).

Before moving to a far flung country, Pinky was married to an illiterate villager. Her matrimonial alliance was full of challenges and eventually it didn’t work out. Looking for a way to boost her earning potential, she immediately grabbed the Dubai-based maid job.

On the other hand, from bestselling author to a status symbol for her wealthy husband, Mehr’s life is swamped with her sour marriage and qualms about life’s priorities. Her banker husband Hasan (Adnan Jaffer), who is always busy in his lucrative job, never pays attention to her distress.

In Pinky, Mehr finds a sympathetic soul who can listen to her when she is disturbed and wants to talk about her problems. In the same way, Pinky finds an inspirational persona in memsaab. The two marred souls bind in an eccentric kinship to heal each other.

The transformation that Mehr gives to Pinky from a gullible agrarian woman to a modish maid, leads to her life changing. Khan tries to intertwine layers of diverse personas, blurred pasts and unkempt relationships of Pinky, Mehr, Hasan and happy-go-lucky Chauffer Santosh (Sunny Hinduja). However, in her attempt to interlace parallel stories, Khan loses her grip over the main theme and as a result, the overall plot seems confusing rather than intriguing.

In my preview piece of Pinky Memsaab, I was hopeful that the film’s central idea would resonate with Pakistan’s maid culture and bolster the perception that a wealthy employer and a poor maid can form a friendship.

On the contrary, the film falls short in keeping the dominant characters intact because the director slashes Mehr’s role to a self-indulgent woman dwelling on her regrets or distresses, while Pinky’s role of high potential woman of strength all of a sudden turns docile. The plot and its character building waned as a consequence of sporadic subplots, rough editing and useless hand-held shooting. These kinds of professional flaws interrupted the smooth momentum and confused the filmgoers to follow a primary storyline.

As far as performances are concerned, Yamin is a promising actress who gave diverse shades to Pinky’s gullible, fearful and pro-active character. Her professional training as a theatre artist reflects in her expressions and dialogue delivery throughout Pinky’s transformation from a simpleton to Dubai’s well-groomed maid. One must say that it is Yamin who truly steals the show through her robust acting flairs.

After Yamin, it is Hinduja that will keep you convinced throughout Pinky Memsaab’s so-called journey of self-discovery. Within the limits of his small jolly role, he appears as a fresh breath of air amidst other slow-moving uneven acts.

Malik as Mehr portrays a glamorous trophy wife questioning her writing career and her role as a wife. Due to the vague screenplay and ill-defined dialogues, her character suffers greatly.

All in all, Khan’s directorial debut Pinky Memsaab is a small budget film that has been blemished with a bumpy script and technical flaws. It has a trustworthy line of artists, an appealing subject and eye-catching locations of Dubai; all of which make it an attractive package. However, the half-baked storyline failed to convey the director’s aspiring concept of a unique genre and persuasive storytelling.

Although Khan attempted to highlight the significance of freedom and the triviality and conformism that keep many of us from making alterations in our lives, it does not come across that well in the movie.

Pinky Memsaab is not a profound and thought-provoking experience; rather it can be explained through its own dialogue:

“Some things are meant to be admired from afar; you go close, and it’s just not the same…”