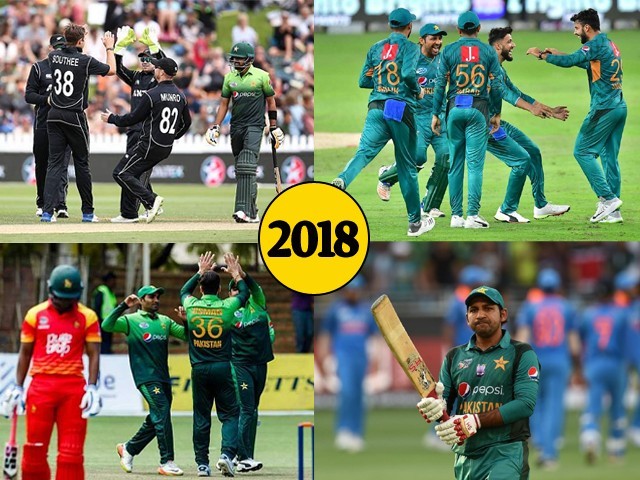 As 2018 wraps up, the ride has to end back where it started – taking a beating from New Zealand.

I am that party pooper who would be the first to volunteer out of taking insane adrenaline pumping rides at the amusement park, because every experience I have had thus far has left me lightheaded for too long. Yet for some odd reason, I willingly choose to follow the Pakistani cricket team year after year, despite knowing very well that I am signing up for an emotional roller coaster ride that may have the highest crescendos but will also have the sharpest dips.

This year kicked off in a free fall mode in New Zealand, where rain seemed like the only chance of saving Pakistan in the ODI series. The New Zealand tour had set the goals straight for Pakistan; fix the ODI unit and consolidate its position in the T20 format. Before I touch on our Test side, let’s recall how Pakistan fared in the limited overs edition. 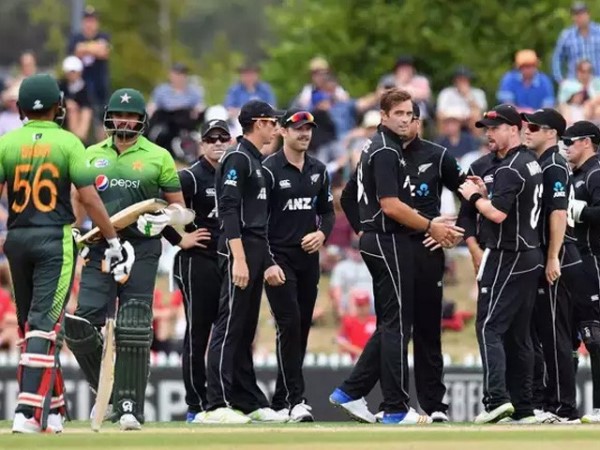 Tim Southee of New Zealand (C) is congratulated by team mates after dismissing Azhar Ali of Pakistan during the second match in the One Day International series between New Zealand and Pakistan on January 9, 2018 in Nelson, New Zealand. Photo: Getty

The T20 batting lineup of Pakistan does not carry names that would intimidate anyone. Apart from Fakhar Zaman and Asif Ali, both of whom are still works-in-progress, no other batsman carries the reputation of taking the game away on their own. Babar Azam is ‘Mr Consistent’ when it comes to batting but he plays at a relatively stable pace, minding his own business without causing panic on either side. 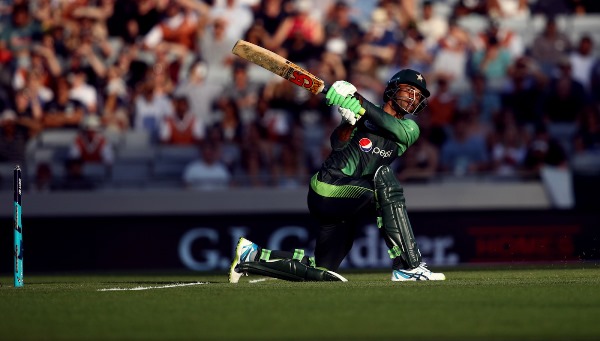 With a rather peaceful looking batting line up, running over Pakistan shouldn’t be too hard in the T20s. Hence, every side tried to intimidate Pakistan by bringing an arsenal of reputed power hitters to the deserts of UAE. Little did they know that each of their power hitters would be leaving with their reputations tamed and a negative adjustment to their pretty looking statistics.

After Australia got humbled in the first T20 by Pakistan during their tour of the UAE, Aaron Finch labelled their performance with the bat to be similar to a “car-crash”. I would like to go a step further and call it an “ego-crash” as well. Had they learned anything after the loss to Pakistan in the Tri-Series final in Zimbabwe, they wouldn’t have tried to bully Pakistani bowlers with the big shots so early in the game. 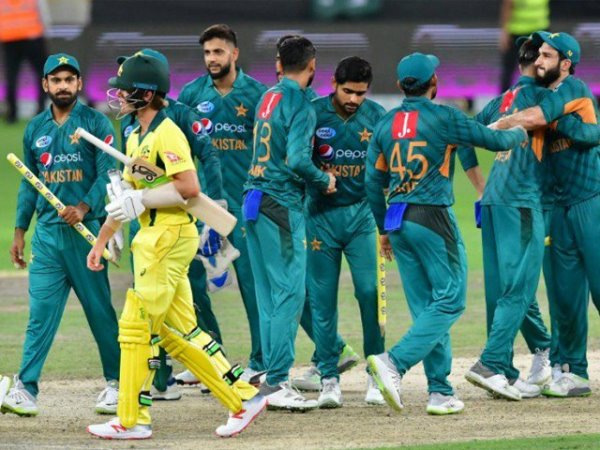 Pakistan’s cricketers celebrate at the end of the third T20 cricket match between Pakistan and Australia at The International Cricket Stadium in Dubai on October 28, 2018. Photo: Getty

The T20 arena remained an undisputed territory throughout 2018; Pakistan stood their ground on the number one ranking firmly, without a single team of the opposition having answers to their bowling unit. This was definitely Pakistan’s crescendo moment of 2018.

What follows a steep rise in a thrilling ride is a sharp descend that sinks your heart for a moment. Watching Pakistan’s ODI unit was heart-wrenching to say the least. We carried forward an outdated game plan to produce one poor performance after another.

In a drastic contrast to Pakistan’s T20 performance, the only achievement in the 50-over format during the entire year is a clean sweep against Zimbabwe. Yes, we have reached a point where we celebrate these victories too!

However, when it came to playing against tougher opponents, we lost six out of seven completed ODI matches to New Zealand thus far in 2018, two out of two to India, and also the only one played against Bangladesh. The little that is said about the Asia Cup disaster, the better. Let’s just say we never looked like we were winning it from the get go. 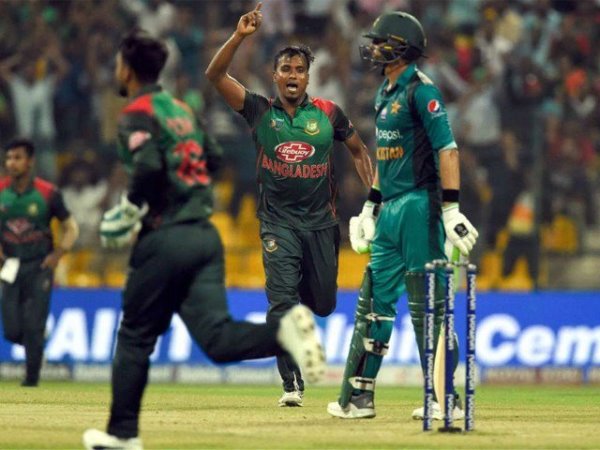 Apart from the fielding, nothing seems to have improved much for Pakistan in ODI cricket. The batting lineup is clogged with players who play at relatively the same pace, in the same fashion and with the same intent. As we hit the 40-over mark, the score on the board desperately waits for someone to not only press the accelerator but also keep the foot glued on it till the end of the innings, but unfortunately no one lends a foot.

In a rather anti-climactic moment, Pakistan ends up throwing wickets in the last 10 overs with minimal gains and then struggles to defend a total that didn’t look defendable to begin with. I said it at the start of the year and I say it again, please change your game plan, Pakistan, because the world has moved on from the typical approach of saving wickets up front, only to go berserk at the end!

While the performances in both limited editions fall on two extremes, the Test team falls right in between. This year has been relatively stable for the Test side, with three significant series against England, Australia and New Zealand. Apart from the hiccup against New Zealand right before we wrapped up the year, the Test side was going through a smooth transition post the MisYou era. A series draw against England in foreign conditions and a win against Australia in UAE was an appreciable effort.

The Test side inherited by Sarfraz Ahmed had a strong legacy after Misbahul Haq had conquered an empire in the UAE, where he hardly let any opponent overcome Pakistan. Misbah may have left the game last year but he gave Sarfraz his magic wand – Yasir Shah. 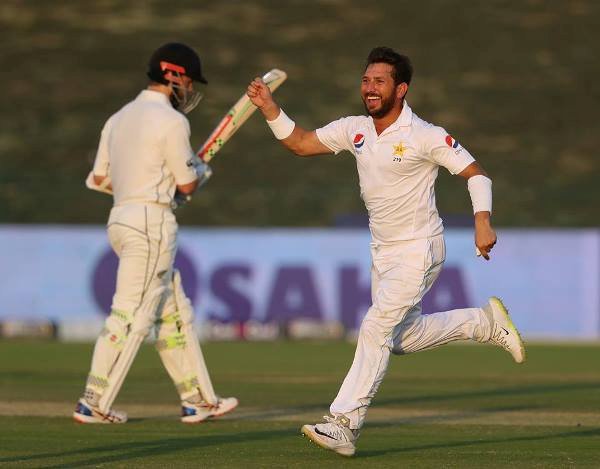 Yasir Shah of Pakistan celebrates the wicket of Tom Latham of New Zealand during day three of The Third Test match between New Zealand an Pakistan at Zayed Cricket Stadium on December 5, 2018 in Abu Dhabi, United Arab Emirates. Photo: Getty

The nominees for the brightest moment for 2018 could be many, but the winner has to be a jubilant Yasir diving into the ground like a swimming pool with an ever-bright smile, all because he had just equalled the record of the legendary Imran Khan by bagging 14 wickets in the second Test match against New Zealand. He then went on to break an 82-year-old world record by becoming the quickest bowler to take 200 Test wickets. That is one phenomenal record to own.

Congratulations to Yasir Shah who broke an 82 year old record held by an Australian & became the fastest bowler to reach the 200 test wickets' milestone in just 33 matches. Last week he had equalled my record of 14 wickets in a test match. Stellar performance.

As 2018 wraps up, the ride has to end back where it started – taking a beating from New Zealand. A Test series loss in our own fortress has left a bitter taste in our mouth, but perhaps this is the dip right before the rise.

As much as I hate taking rides, I am strapping my seat belt and sitting up straight. I am on board to support the men in green for 2019 as well!